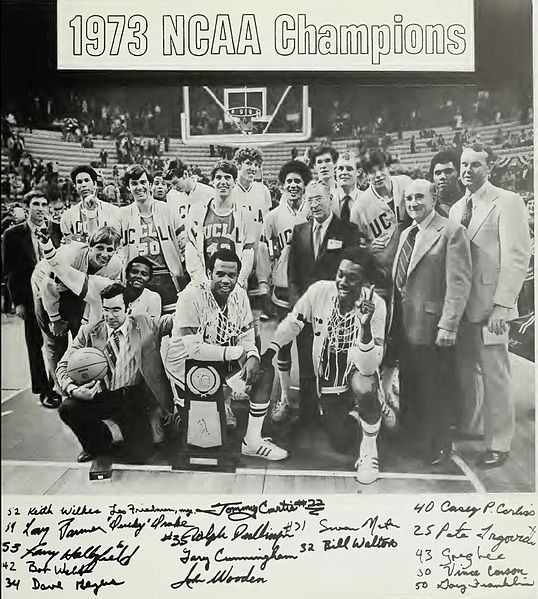 The 1973 Bruins ran the table to a 30-0 record for the second consecutive year and delivered legendary coach John Wooden his seventh consecutive national title.  There’s no question the success of the Bruins came down to the play of three-time All-American Bill Walton.  In the ’73 title game, Walton put up 44 points on 21-of-22 shooting and 13 boards as the Bruins rocked Memphis State 87-66.