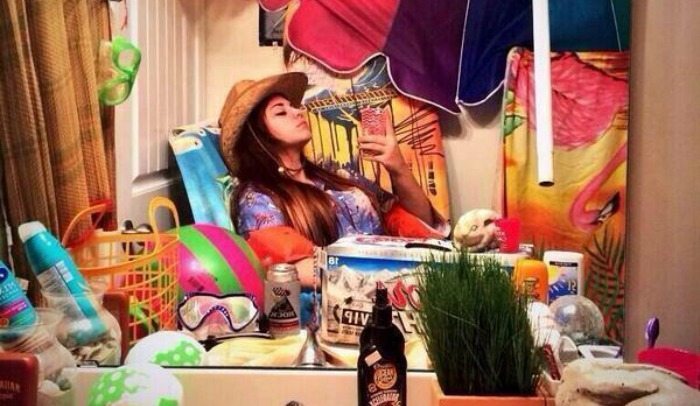 Their Selfie Game is Strong: 10 Fierce Competitors in the “Selfie Olympics”

2013 was the year of the Selfie, and it is looking like 2014 might be as well. The real Olympics in Sochi are just around the corner, and thanks to Twitter, there is now an outlet for non-Olympians to show off their skills.  If you want to see how your selfie game measures up to that of the rest of the Twittersphere.  The latest and greatest social media trend has been people taking ridiculously elaborate selfies, usually in the bathroom, and uploading them to Twitter using #SelfieOlympics.  The results have been more than entertaining, and scrolling through the submissions will bring you plenty of laughter.  It might also cause you to question the future of humanity.  Twitter tends to have that effect. We’ve rounded up some of our favorite Selfie Olympics entries (it was hard, there are so many excellent ones, I almost actually rolled on the floor laughing a few times), and here they are. #SelfieOlympics sort of makes me hate selfies a little less.  But also, how much free time do these people have? 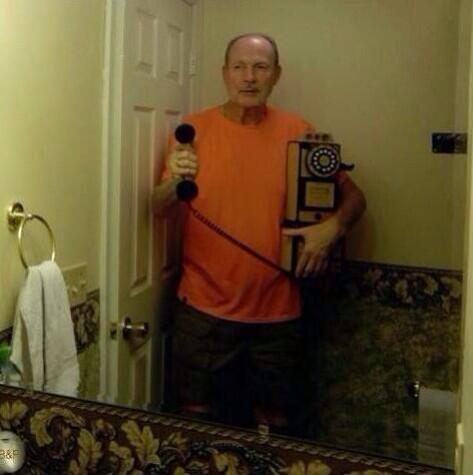 How many megapixels does that thing get?

2. If a tree takes a selfie in the woods does it make a duck face? 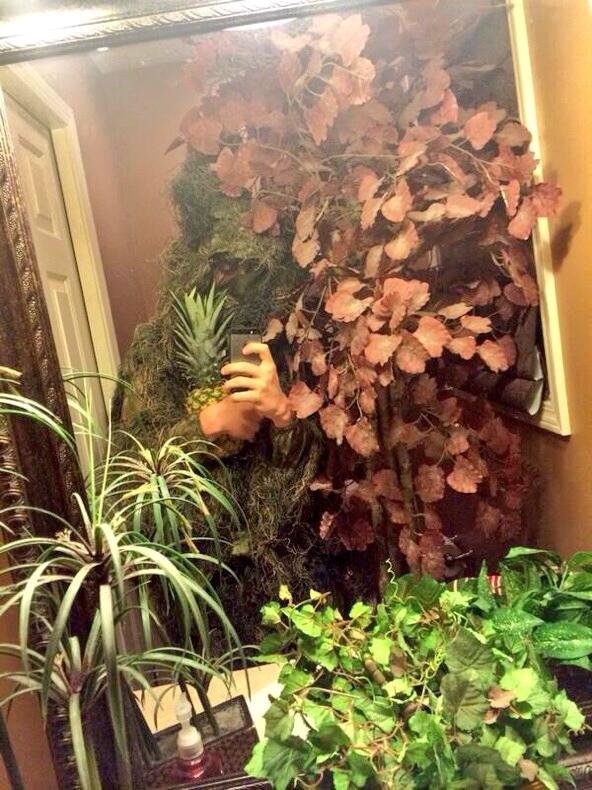 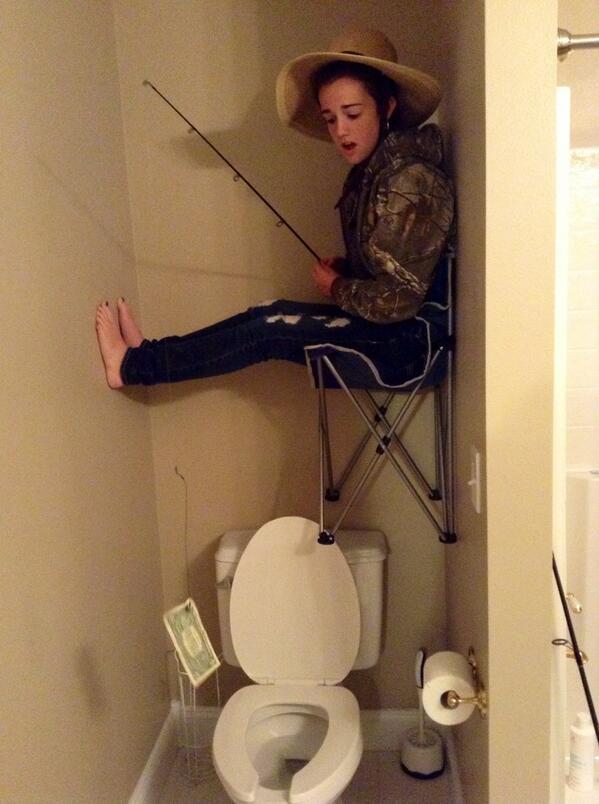 Not sure what kind of fish she thinks she’ll catch with a single.  I hear fish only eat twenties.

I hope he didn’t plug any of those in too close to the sink.

5. Table for one, please 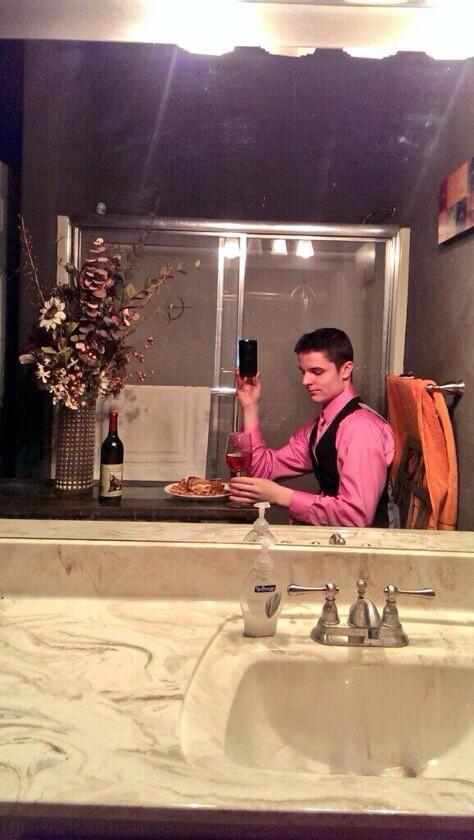 Is that chicken parmesan?

6. Everything but the kitchen sink 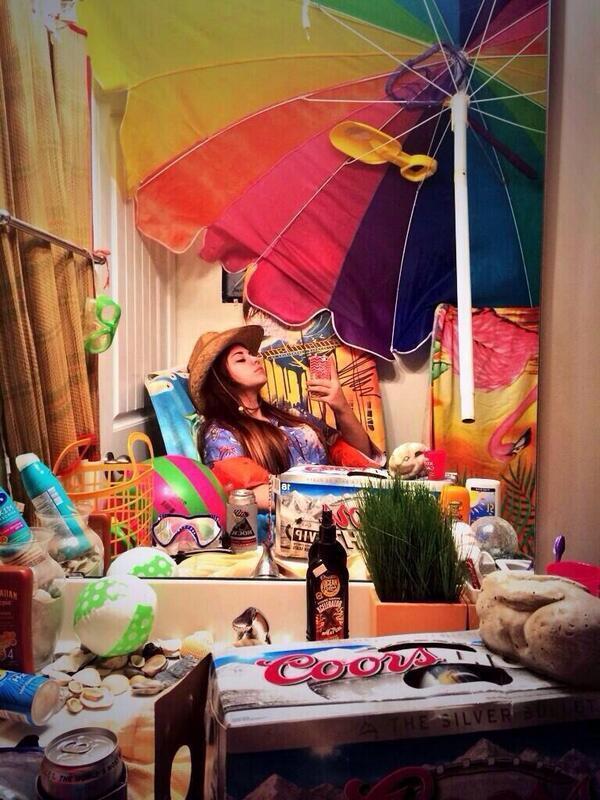 The bathroom sink is in there though.

Roll over humans. this dog is killin’ it.

Dog (?) looks kind of like Zordon after Ivan Ooze knocked the power out at Power Rangers’ HQ (not even a little, but had to make a Zordon reference).

9. Who lives in a pineapple under the parka

What happened to the rest of the Chiquita Banana lady’s fruit?

10. The bathroom of Eden 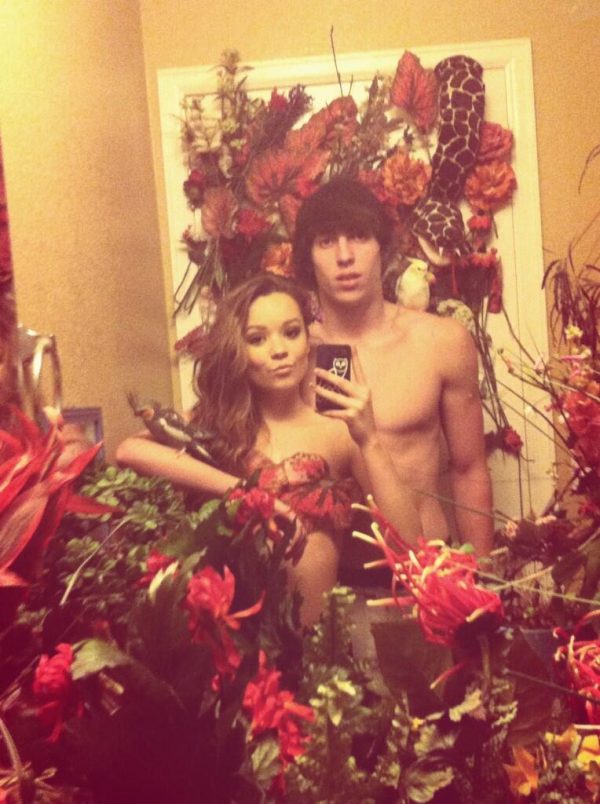 I think Adam just wants to eat the forbidden fruit so he doesn’t have to stand in that jungle bathroom anymore.