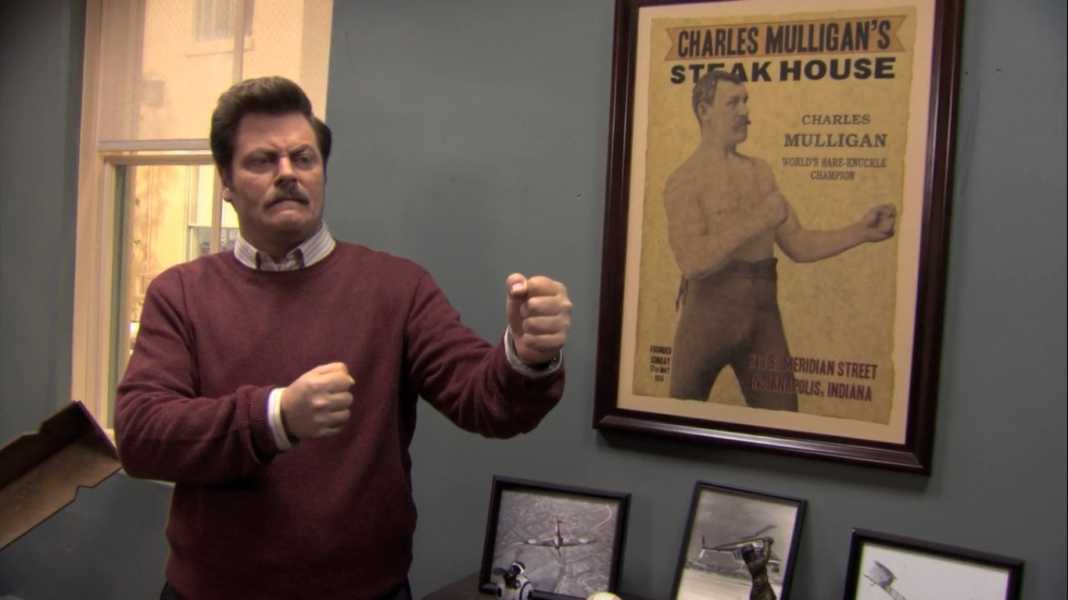 Guess what today is? It’s Parks and Recreation star Nick Offerman’s birthday! Not that he (or his character Ron Swanson) would ever be excited since he’s basically the human version of Grumpy Cat, but we are. Why? Because Nick Offerman’s birthday can only mean one thing – Ron Swanson memes. Or, in this case, GIFs! We were going to do a meme roundup but we thought that only a GIF could properly display his sarcastic, snarky facial expressions, and besides, memes are too mainstream (obviously we’re just kidding…)

So, we took the time to round up the 10 best, most hilarious Ron Swanson GIFs we could find on Tumblr. And while we doubt that Ron Swanson would happily celebrate his birthday if he were real, we think it’s worth celebrating. And the best part: some of these GIFs perfectly apply to the life of a college student, especially around final exams time. If you like Parks and Recreation and you love sarcasm, well, then you’ll love this roundup. Happy birthday, Nick Offerman!