Villanova is an amazing place to be but there are some things you should know before you get here. Or maybe you’re a sophomore or a junior who hasn’t quite figured it out yet and wants to make the most of their college experience. Either way, here are ten survival tips for Villanova University:

And I don’t mean this in the cheesy way when people say you should “live your life to the fullest” and “put yourself out there”. My point is that Villanova is a small campus and I cannot think of one person I know who is not involved in at least one extra curricular activity whether its sports, inter-murals, fraternities and sororities, service frats, A capella groups, clubs, writing tutors, etc. There are only around 6,500 undergrads which means you going to have to actually do something and attend things to meet people. Most of peoples’ friends come through these connections.

2. Get some school spirit

The Nova Nation is real. And it doesn’t matter if school pride “wasn’t your thing” in high school. It makes college so much more fun to love where you are and support your school. So buy some Villanova gear, go to some games, and throw your V’s up.

Before you come here you should probably know the type of social life you’re getting into. At Villanova, there aren’t a lot of house parties like most state schools. Not a ton of people live off campus so everyone mostly goes to local bars on the weekends or parties in on-campus apartments. If that’s not what you want, consider joining a sorority or fraternity. They throw bigger parties and there are a few frat houses people go to. But if you aren’t into the bar scene and want a huge party school, Villanova probably isn’t for you.

4. Get to know your professors

The average class size for Villanova is around 26 which means your professors will actually know who you are. This can work to your advantage if you introduce yourself to them and utilize office hours. Getting teachers to like you and be invested in your learning is a good way to help with grades. Plus, unless you’re in a huge science lab teachers will notice when you’re not there so you might as well show up and get to know them.

5. On Tuesdays, it rains

I’m not kidding when I say it rains on Tuesday, or at least close to Tuesday, almost every week in the fall and spring. I wasn’t used to Pennsylvania’s climate but after two years of living here I now know I need to invest in a good pair of rain boots and an umbrella. The weather is kind of unpredictable. We’ve already had six snow days this semester alone, not that that’s a bad thing. But you should be prepared for rain, snow, and everything in between.

6. People dress up for class

This might be a North East thing but a lot of people, mainly girls, get relatively dressed up for class. This took me by surprise and does not mean you necessarily have to, but know that your teachers probably expect you to look like a decent human being on presentation days. Also as you get older you might have to start dressing nicer, especially if you’re in the Business school or for any networking events.

7. Get a good cab driver

At Villanova you aren’t allowed to have your car for the first two years which means when you go out you either bum a ride, walk, or most likely take a cab. There are cab drivers out there who refuse to turn the meter on and charge you an absurd amount and there are ones you can actually rely on to be at the place you need them to be. So find a few drivers or a cab company you trust and keep using them because nothing is worse than paying 15 dollars to go three blocks away because your cabby claims he “doesn’t know the area.”

8. Go to the A capella concert

It might sound lame but my favorite on campus activity I’ve ever attended has been the annual A capella concert thrown by all the singing groups at our school. For whatever reason every group (there’s around eight) is extremely talented and puts on an incredible show. I was doubtful at first, but it was totally worth the eight bucks.,

Something you’ll hear again and again is how great Villanova is for job connections. And as much as people talk it up, it’s pretty true. Villanova is lucky to have a ton of alumni connections in high places and the school offers lots of opportunities to meet them whether on Facebook, Linked In, or through seminars and events held on campus. Use this to your advantage because you never know where that handshake or that meeting will lead you. VU grads are proud of where they came from and want to help any way they can. Once a Wildcat, always a Wildcat.

10. And finally, go to a lot of basketball games

The basketball ticket system works like a lottery where the more you go, the more likely it will be for you to get a ticket next time. So go to a few low-key preseason games to ensure you get a ticket for the huge rivalries. The tailgates at basketball games are super fun and one of my favorite memories is storming the court at the Wells Fargo Center after Villanova upset Syracuse last year. Even if you aren’t into basketball, just go for the atmosphere. Students  at Villanova have a ton of school spirit, almost to the point of being obnoxious but that’s what makes it fun, right? 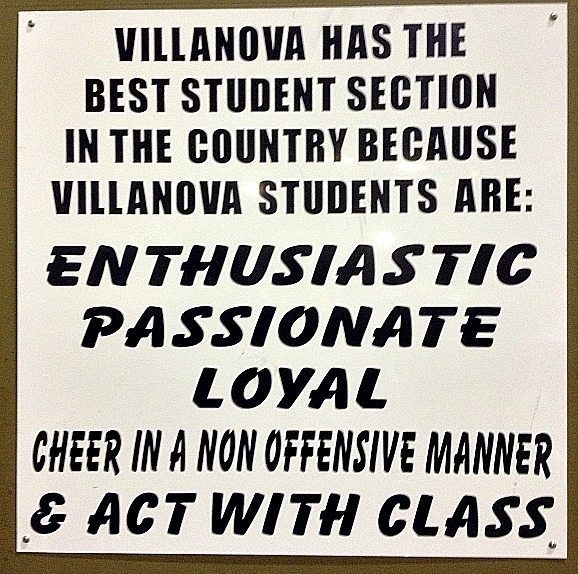 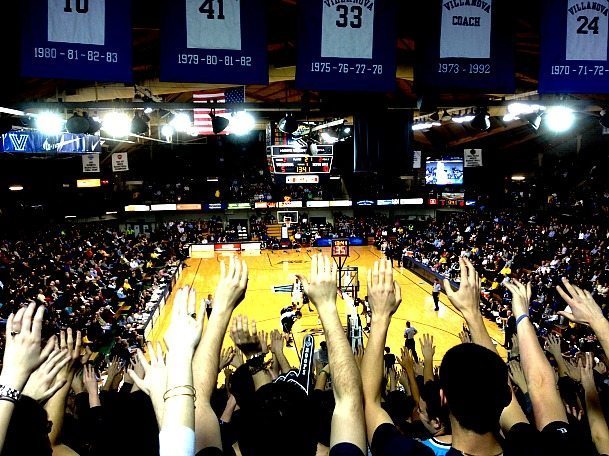 Which Survival Tip did you find the most helpful?