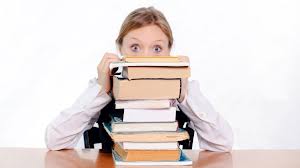 10 Things I Wish I Had Known My Freshman Year

If you’re anything I like I was freshman year, you’re probably completely clueless. I was late to every class on the first day, I misplaced my Wildcard and my room key just about every week, and it took me two months to figure out how to manipulate my meal plan. There were hundreds, no, THOUSANDS of  things I learned freshman year. Some were easy lessons, and some took a lot more time. But there are definitely a few things I wish I had known before that first semester so I could prepare myself. So here is my gift to you: 10 Things I Wish I Had Known My Freshman Year

1. Your parents are actually fabulous people with endless love, affection, and forgiveness and you will miss them like crazy

This might come as a shock for people who didn’t get along with their parents all throughout high school, but absence really does make the heart grow fonder. After being on your own for a few months you’ll be begging for your parents to call, to visit, to send care packages with your favorite baked goods. And just wait til you come down with a cold. Because no one can make you feel better when you’re sick like a mom can. Speaking of getting sick…

2. Every freshman gets mono, strep, or a combination of the two

Something about being stuffed into close quarters with hormone-crazed co-eds makes freshman year the perfect petri-dish for disease. The flu, colds, Mono, and strep spread like wildfire on college campuses. So do yourself a favor and invest in some hand sanitizer and daily vitamins because that stuff can literally work miracles.

3. The first test is always harder than you think it will be

Most college freshman think they’re prepared for their first test and then go to class and are like:

Basically any college you go to will be much harder than high school. Which is a great thing, but almost everyone underestimates just how hard that first test will be. Do yourself a favor and overestimate how much you will have to study, because nothing is harder than bouncing back from a crappy GPA. No one wants to think about working hard and logging hours in the library their freshman year, but trust me, it’s worth it.

4. Intro classes are little indication of how interesting a major will be

There’s a reason you have to take Introduction to Communications or General Chemistry before you can get to the more interesting classes in a major. Those classes teach you the basics, the foundation that your education will be built on. That being said, the basics can be extremely boring so try not to totally write-off a major just because your “Introduction to Theology” class wasn’t as stimulating as you thought it would be. The further you get in your college career, the more in-depth you’ll get with your studies.

5. Sleep is your best, most precious friend and it hates being ignored

Your freshman year, you are smothered in opportunities. There are classes to attend, clubs to join, sports to play, fraternities and sororities to rush, and parties to attend. All of that can keep you up pretty late on weeknights, and then students try to compensate by sleeping for like 18 hours on the weekend. A word of advice would be to kick that habit and go to bed at a semi-reasonable hour during the week. If you miss sleep on a regular basis, that creates a debt of sleep that you have to make-up, and you really can’t be a functioning human being until you do so. Try to embrace a full 7-8 hours every night.

6. That one party you miss will definitely not be the best night of the year

Many freshman try to go out as much as possible because they feel like they will be missing out if they don’t. I have lots of personal experience to combat this point, but I’ll just say that if you feel like staying in, watching House of Cards on Netflix and eating three bags of Smartfood popcorn, go right ahead. You’ll have a better time that getting irritably wasted around people you don’t really know that well yet.

7. Bring extra toilet paper in your purse when you go to parties

This tip is mainly for the ladies and it’s pretty self explanatory. Boys do not take care of their bathrooms, and the vast majority of them are horrendously disgusting.

8. Your friends will probably change

The first few weeks of college can be  rough because you’re surrounded by thousands of co-eds you barely know.

Maybe you’ll end up meeting your life-long soul sister on the first day of freshman orientation and you two will be inseparable throughout college, graduate and travel the world together, get a job at the same company, and remain life-long friends. But probably not. Chances are you won’t truly have a solid group of friends until second semester, or even sophomore year. And that’s totally fine. It takes time to really get to know people, so don’t settle for people that you don’t love being around. College is filled with tons of people with diverse interests. Take the time to find friends you actually care about, and know that it won’t happen overnight.

9. “Do it for the story” is not the only justification you need to make a decision

This one should go without saying, but probably some of the worst decisions made by college students are ones that they have no justification for at all, they were just “dared” to do something. I know I sound like your high school guidance counselor right now but seriously, DON’T GIVE IN TO PEER PRESSURE.

10. Never drink from an open punch bowl when you don’t know what’s been mixed in

This is just a basic drinking safety tip. Make a guy take a swig with you, and try to practice other safe drinking habits. Keep a tally of how much you’ve had to drink on your hand, or send yourself a text every time you take a shot. And please stay with friends and don’t be afraid to call for the campus paramedics if you think someone needs help. Most campuses, like Villanova, have a forgiveness policy where the person who calls for help will not get in trouble, even if they are intoxicated and underage.

What tip was the most helpful for you?