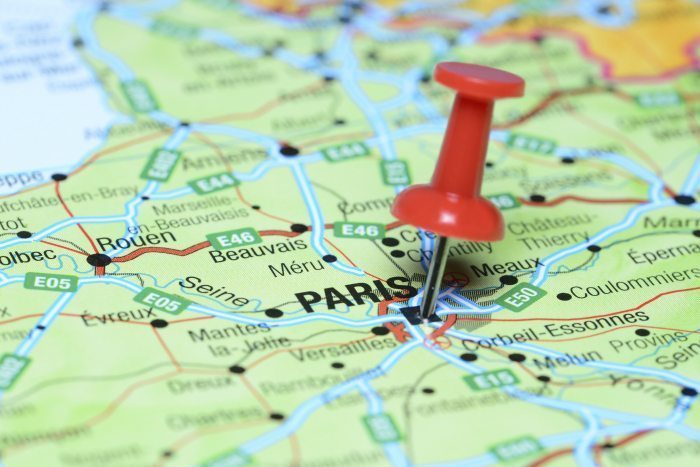 10 Tips For Studying Abroad In France

On January 2, 2014 I left the United States for one of the greatest experiences I’ve ever had in my life: studying abroad in France. I studied in Lille, 2 hours north of Paris and the fourth largest city in France. Before leaving when I told people that I would be living in France for six months, they would respond in one of two very different ways. “OMG I’m so jealous! Eat a sea of macaroons for me!” or “HA. The French? Good luck living with those jerks. They hate Americans.” Now, these are two very stereotypical responses that I often heard before my departure. The positive responses indeed did get me more excited, while the negative responses rubbed me the wrong way.

I did, in fact, eat a sea of macaroons. As for the other comment, I will say this:  I would always try to respond in a positive way, refuting their claims in the politest way possible seeing as their naivety suggested that they probably had never visited France before, or if they had clearly they didn’t put effort into getting to know the culture. When it’s all said and done, there are jerks EVERYWHERE, especially in the United States. Jerks are not just some people who happen to be French. Not only were most of the French people who I encountered overwhelmingly friendly, they were also genuine people who were willing to help in any way that they could. Unlike people in my residence hall at my American college, the French dorm was full of people who made sure to acknowledge my presence by going out of their way to say “hello”. When I was at restaurants or shops and I would attempt to utilize my French language skills with a noticeable, harsh foreign accent, French employees were for the most part patient. They recognized that I was trying, thus, they reciprocated their effort by being even more accommodating and helpful. There are jerks everywhere in the world, but thankfully there are even more good-hearted people. End rant.

Everyone’s perspective on France is unique based off their experiences, both good and bad. If you’re going to study abroad, you have to expect things to not go perfectly all of the time. With a different country and culture, you have to expect challenges to arise every now and then. That’s just the reality of studying abroad. Now, that’s not to say these hurdles are going to ruin your study abroad experience. Instead, they’re an opportunity for growth and appreciation. By the end of your study abroad experience, the good will outweigh the bad. When you look back on everything, you’re not going to remember that one canceled flight and the surrounding circumstances that made you a day late to getting to France. You will, however, cherish all the friendships and memories you made once you finally got there.

Those are my opening words of wisdom for studying abroad in France. I’ve also compiled a list of 10 tips that you may find helpful if you’re thinking about choosing this wonderful country for your semester abroad.

1. Go for the smaller city.

Of course, Paris, “the city of lights” is amazing. The prices, however, are not. Trust me, you would not want to be paying Parisian prices for an entire semester. They’re comparable to New York City prices: but worse. The euro is worth more than the dollar, which certainly adds up by the end of the semester. Smaller cities can give you the same great wine and food but at cheaper prices. Also, smaller cities give you the opportunity to get to know where you’re living better. Don’t worry, if you really want to experience Paris, it’s only a short bus or train ride away. (SNCF in France is a great way to travel around France).

At least in Lille, this was something I had to look out for each time I stepped outside. Apparently, it’s not an obligatory law for someone to clean up after their dog has done his/her business. And if it is a law in France, it wasn’t enforced in Lille. So, don’t be surprised if you have to dodge a pile of crap walking down the sidewalk. Yes, the sidewalk.

ATTENTION PEANUT BUTTER ADDICTS: Peanut butter is not really a thing in France. I mean, an average-sized jar of PB is available in some grocery stores for a whopping price of 10 AMERICAN dollars. So, get to know the word “Speculoos” realllllly well. This will be your saving grace. It’s a cookie butter spread and after eating it enough in France, you’ll probably have a hard time transitioning back to PB in the US.

If you don’t know basic French, you better be going with a really close friend who does. If you know more than basic French, that’s even better. Sure, a lot of people in France know how to speak English. However, a lot of them don’t and it is their country, so you can’t really expect them to cater to your linguistic needs. Knowing basic French will especially come in handy if you open a French bank account, want a French phone, or if you receive a housing subsidy from the French government (most students do).

5. There’s a time and place for saying “bonjour”.

Like the English language, there is more than one way to greet someone. If there’s one French word an American knows, it’s “bonjour”. It literally translates to “good day”, therefore it can be irrelevant in French discourse depending on the time of day. You look like a dummyhead if you say it after 6pm. “Bon soir” means hello in the evening time. Or if you’re not a time-conscious person you can just say “salut” to your peers.

Yes this is a French culture stereotype and yes it is true. A little part of me misses having my hair smell like smoke more often than not.

Before you go to France, I suggest you go to a consignment shop that gives you money for your old clothes. Put that money into your study abroad fund. You’ll find that you’re going to want a lot of European-style clothimg. My biggest problem wasn’t having the money or room in my bags for the clothes. So, seriously: pack only basic essentials so that you have more money/room to go shopping in France!

8. Wine is cheaper than peanut butter.

Like I said before, peanut butter is too expensive in France. The wine, on the other hand, is SUPER CHEAP. Like 3 euros, cheap. Of course the really fancy wines are more expensive, but none of us college students want that stuff anyway. Wine should always be your drink of choice when deciding what to pregame with.

9. Coffee is not coffee.

We all love our Starbucks and Dunkin with freshly brewed filter or iced coffee. Lille did not offer this “luxury”. European coffee is different wherever you go, but in France an average cup of coffee is espresso-sized. If you want coffee with milk in it, ask for a “café au lait”,  but it’s still not the same. Whatever you do, don’t ask for “du café” and expect an average American-sized cup of joe.

If you’re ever craving a 2 foot baguette or a chocolate macaroon, the nearest boulangerie or patisserie is 2 blocks away or closer. This is another true, wonderful, delicious stereotype. You are going to LOVE French cooking, and you’re going to miss it so much when you leave. I would recommend getting a food translator book when looking at menus, though. You never really know what you could be eating.

Do you want to study abroad in France?