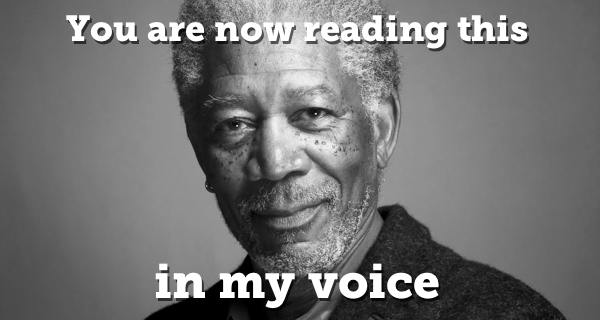 Guess what tomorrow is?! That’s right! June 1st is Morgan Freeman’s birthday. Everyone’s favorite narrator turns 76 years old tomorrow, but we don’t think any of us have to worry about him getting old because, obviously, God is immortal. Besides, he makes Batman’s weapons – we’d say he’s safe.

Morgan Freeman is known best for his awesome voice and nobody can deny it. He is also just, in general, a totally badass individual. He’s been in so many movies and played so many epic parts that we could go on for hours listing everything and how amazing he was in every role. Hey, ain’t nobody got time for that. So instead of writing a huge tribute to Morgan Freeman and his amazingness, we decided to celebrate hte best way that we at CampusRiot know how – with memes! Because what else would we do?

We scoured the Interwebz and found these 11 gems. Some are creepy, some are awkward, some are hilarious, and all of them are epic in their own way. Oh, and our favorite? The James Earl Jones one. Once you picture it, you will never be able to un-imagine it. And that’s okay with us.

Happy birthday, Morgan Freeman! We hope you (and the rest of the Internet) likes these memes: 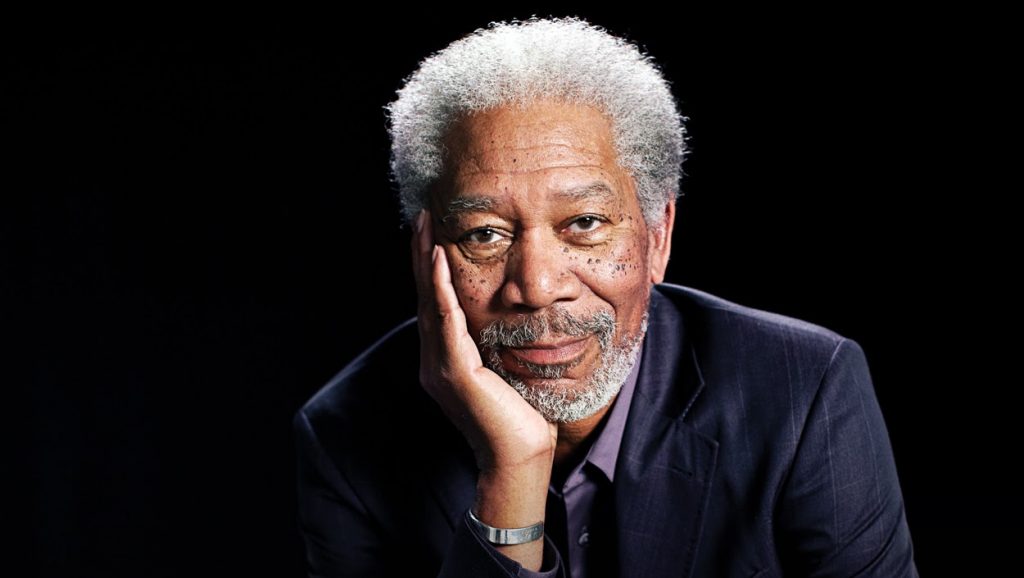 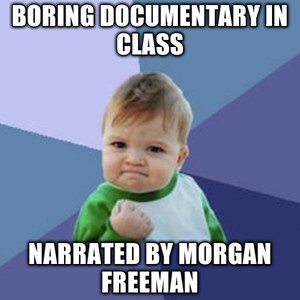 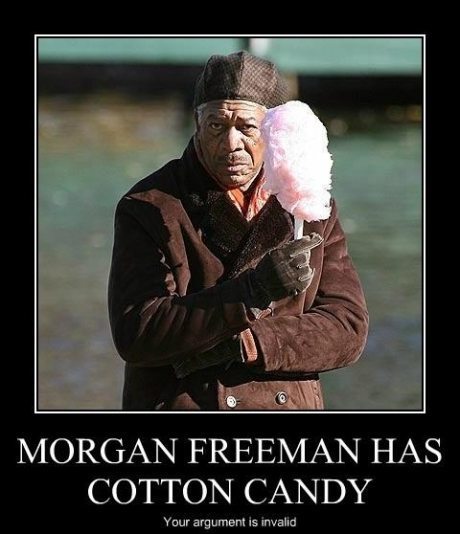 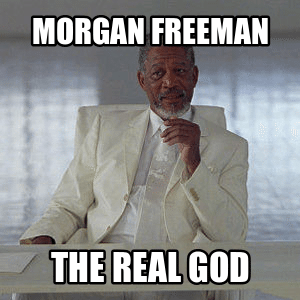 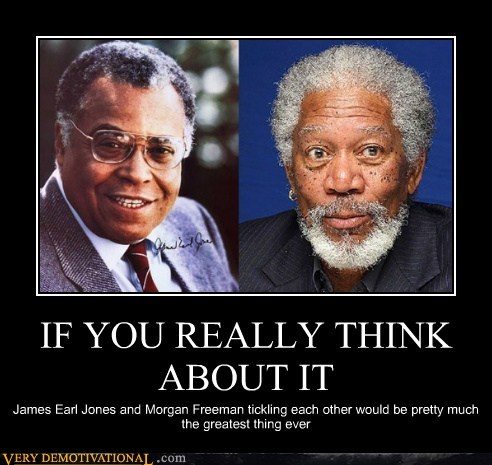 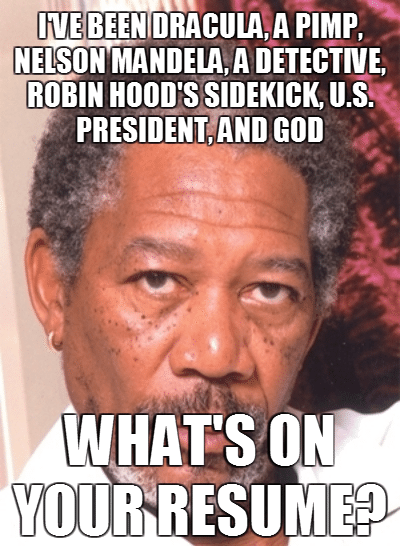 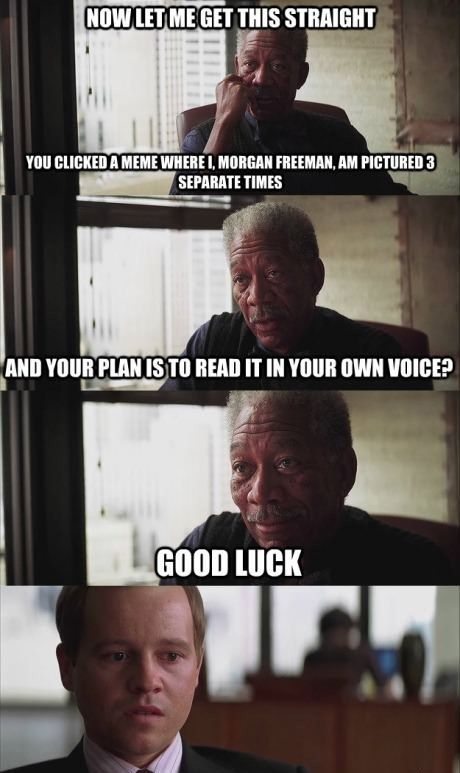 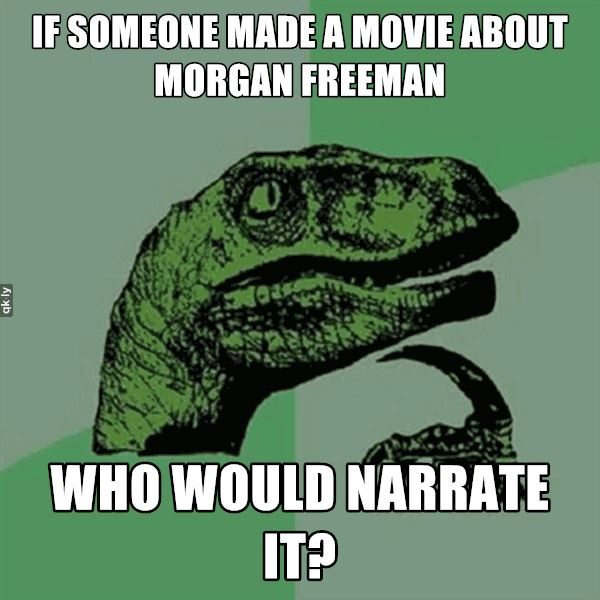 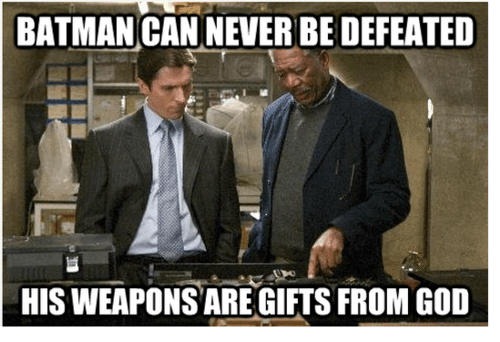 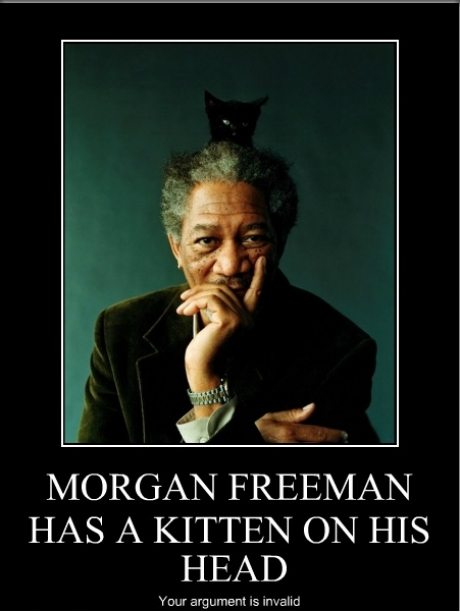