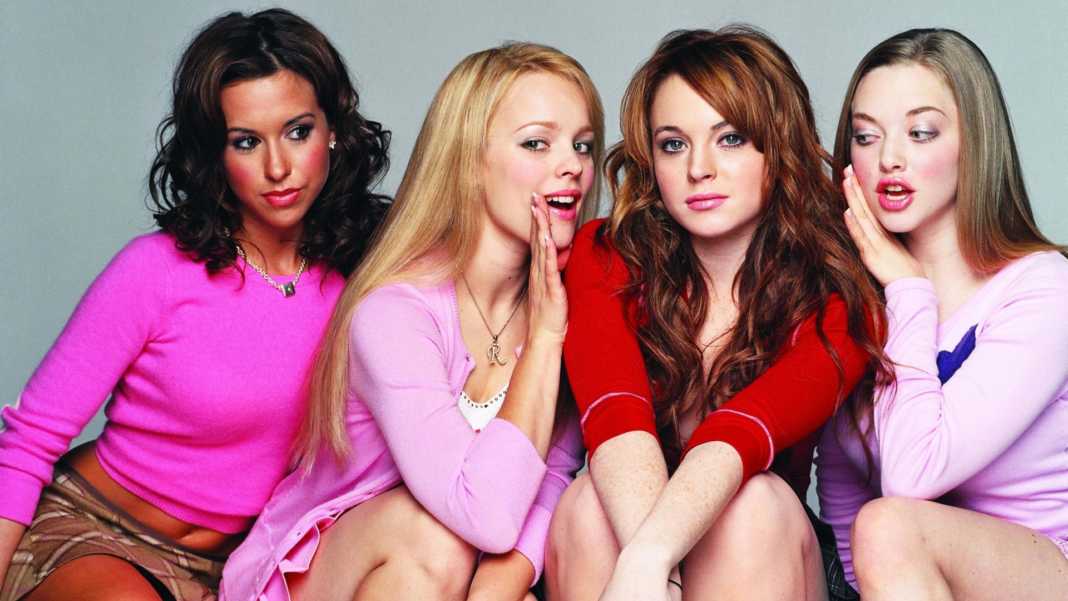 15 Life Lessons from “Mean Girls” As Told By GIFs

There’s no doubt in my mind that Mean Girls was the most defining movie of our generation. It’s hilarious and painfully accurate – a combination that’s hard to find in movies, but Mean Girls hit the nail right on the head (props to you, Tina Fey!) I could go on and on, but I’m just going to shut up and let you read the important stuff. Here are 15 life lessons from Mean Girls, as told by GIFs. I hope it’s fetch enough for you.

1. The hottie in the hall can be distracting, but watch where you’re going…

This doesn’t just pertain to class. Take in your surroundings, but don’t let anything get the better of you. Keep your head in the game and learn to jump over the hurdles in your life (without falling in life’s metaphorical trash can.)

2. Don’t be afraid to get creative, even if you think it makes you look stupid.

Okay. Cady Heron didn’t decide to make up the word “grool” – it just happened. But, the key is having the courage to either A) come up with an awesome idea and stand by it or B) handle mistakes and awkward moments with grace and a sense of humor. Cady went with option 2, and Aaron Samuels was totally impressed. Grool.

3. There’s no such thing as a stupid question, even if you’re Karen.

Hopefully you never end up in the position where you need to awkwardly ask someone why they are whatever race, sexuality, gender, etc.  they happen to be, but even if you are, just know that there’s no such thing as a stupid question. I say this because, even though we all laugh at “dumb” Karen for asking Cady why she’s white if she’s from Africa, curiosity and the desire to learn more is a good thing! Not being afraid to ask a question, no matter how stupid it may sound, is the remedy for ignorance. So ask away – just be sure not to be offensive.

4. Life is short, so enjoy it to the fullest (especially if that includes good food)

When life offers you cheese fries, you don’t say no (unless you’re lactose intolerant, but, you get the point.) Your time on this crazy planet is way too short to micromanage every second of every day. Structure is important, but so is balance and spontaneity. So, who cares if your day didn’t go according to plan? Celebrate anyway.

5. Confidence is the key to your happiness, so own it.

If you’re going to get anywhere in this world, well then you’re just going to have to learn to take a compliment, aren’t you? There’s a difference between having confidence and being egotistical, and yes, you can be confident and modest at the same time. So yes, you do agree. You think you’re really pretty (but a gracious smile and a “thank you” will do the trick.) And I doubt your compliment-er will ask you if you agree a la Regina George.

6. Like I said, there’s confidence, and then there’s a big ego…

…so don’t be like The Plastics. Walking with your head held high, feeling awesome about yourself? So fetch. Being able to take a compliment? Necessary. But don’t start thinking that everybody loves you, or you’ll soon find out that things are headed in the exact opposite direction.

7. Your mom is just trying to stay relevant; don’t shut her out.

Even if your mom says things like “humpday treat” around your friends and tries to borrow your clothes, she’s still cool. Sometimes you may not think so, but trust me- your mom (or whoever your most trusted parental unit/guardian may be) loves you and just wants to stay relevant in your life. You’re growing up and moving on, but keep this in mind: where would you be if it weren’t for your parents? Exactly.

Besides, who wouldn’t want Amy Poehler to be their mom?

Okay, so maybe “irregardless” isn’t a word and the ‘rules of feminism’ are a little different than Gretchen Wieners sees them, but the point is, you have to respect your friends and their boundaries. You’ll never have good, life-long friends if you can’t be the kind of friend you want to have right off the bat. And, if you can do that, then unless you want your new bestie to hate you forever, you might want their permission before you start crushing on and pursuing their ex. Just a thought! (Oh, and by the way, they’re their ex for a reason.)

9. Don’t let the haters stop you from doing your thang. Seriously.

It’s human nature – people will always be jealous of others, and there will always be bullies lurking in the shadows, ready to tear you down. But guess what? You don’t have to let it happen. You may not be able to stop them, but you can keep your chin up and stay strong. Do what you know is right, and don’t let anyone tell you no.

Janis Ian was right: there are 2 kinds of evil people in this world. Well, maybe not “evil” per se, but the point is, you need to be willing to stand up for what you believe in. You may not be evil in the sense that you do terrible things, but letting bad things happen when you’re in a position to actually stop them from happening? That is not fetch.

11. You see people the way you want to see people.

12. Sympathy is a great quality to have – just don’t over-do it…

Being sympathetic is a good thing; you should have the ability to feel bad for people who are feeling bad or going through a rough time. But, don’t let being sympathetic to others run your life, either. Voting for Regina George for Spring Fling queen is nice if you actually like her, but not if you just feel sorry for her.

13. Sometimes you just have to fake it ’til you make it, ya know?

You probably shouldn’t strive to become a mean girl like Cady did, but you can still learn a lesson from it. You absolutely can will yourself into feeling a certain way about yourself. Sometimes you just have to act like you’re confident/ until you just forget that you were ever the opposite. Fake it ’til you make it.

It may not be possible to bake a cake full of rainbows and smiles, but it’s okay. Just go with the flow! Bottling up your emotions is no way to go about living your life. Let it out in private or with people you trust. If you hold it in, you’ll never be able to move on, and nobody wants to get stuck in the past.

15. There’s no end to life’s possibilities, so go out and do great things!

Not to sound like a Dr. Seuss book here, but there’s no telling what you can accomplish in your lifetime! Only you have the power to open and close the doors of opportunity, and there are plenty of them out there. Math problems aside, just remember: the limit does not exist. It could change your life…

What other lessons has Mean Girls taught you?