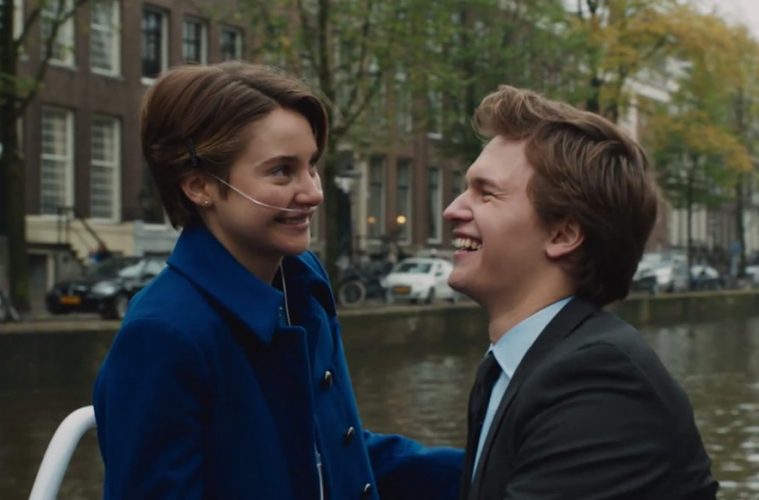 3 Reasons Why The Fault In Our Stars Movie Was Perfect

*SPOILER ALERT* THIS POST IS ABOUT THE FAULT IN OUR STARS MOVIE.

I just felt the need to put that warning out there now before you blame me for ruining the movie. By now I’m sure many of you have gone to see the beautiful, ugly cry-inducing film and I think that enough time has passed where I finally feel comfortable enough to discuss it without causing a huge scene in public. Well, I actually don’t know if I will ever be stable enough to discuss the book or the movie but I am going to give it my best shot.

As an avid book reader I always have two reactions when I hear one of my favorite books is being made into a movie. The first reaction is that I am crazy excited and the second reaction that immediately follows is a crippling fear that they are going to do it all wrong. I’m sure all of us were nervous for The Fault In Our Stars but I think many of you will agree with me in saying that it was actually perfect. Here are the reasons why I loved the movie as much as the book:

1. Casting was on point

The cast did an unbelievable job with this movie. There is no one more perfect for the role of Hazel and Gus then Shailene Woodley and Ansel Elgort. They perfectly showed off the personalities of the characters and make the audience feel all the feels with each heartbreaking moment. These were not the only casting choices that I was happy with. I was equally satisfied with the choice of characters such as Issac and Hazel’s parents. It was clear that each cast member took their role seriously and their commitment to the story and message of the book is why the cast turned out to be so awesome!

2. It stuck with the story line

Of course when a book is turned into a movie it is impossible to include every single detail. Books can reveal things that a movie just cannot accomplish and that is okay. The important thing is that the heart of the movie was true to the message of the book. All major plot points were included and the actors played their parts brilliantly. So brilliant that it made my face leak all over the floor of the movie theater.

3. It had heart and lots of it

This movie could have easily gone a very cheesy route and cheapened the real story but it didn’t and as a fan I am extremely grateful for that. The book and the movie are more then just a cliche story about cancer kids, it explored themes of being in love and the reality of life and death. I thought that the movie could not possibly deliver the emotion that I felt while I read the book but I was wrong. Some people scoff at young love which I admit that I am normally that person but when I watched Shailene and Ansel I really believed in the power of young love. That sounds incredibly cheesy but I don’t care.

What did you think of The Fault In Our Stars Movie?