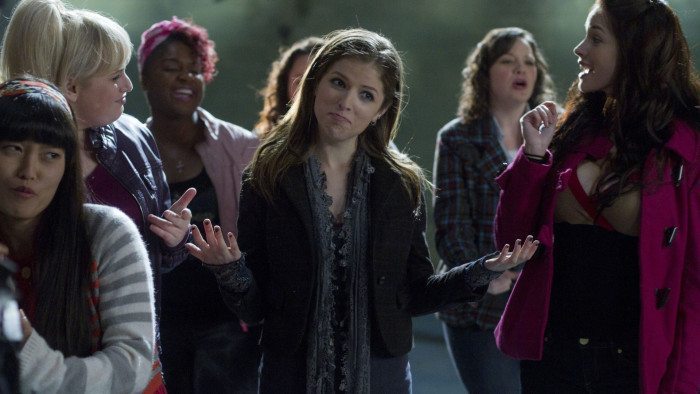 5 College Movies That Totally Lied to Us

Attention newly admitted college freshman across the world: Before you dive into a pint of mint chocolate chip ice cream, prop up your feet, and whip out your stack of college movies to prepare you for what is to come this September I would like to give you a warning. Take it all with a grain of salt. These college movie directors are LIARS. Did they not go to college?

By all means go forth and binge watch the movies. They’ve got hot guys, good soundtracks, lots of LOLs, and plus what else are you going to do with your time? Just remember that all isn’t what it seems. Here are a few lies that I’ve found in college movies. However, the rest you will have to learn for yourself, young grasshopper.

Watching Legally Blonde is like hitting the mother load of college movie lies. Let’s just go through them all:

Yeah, it IS hard.

4. All sorority houses don’t look like this. I promise.

5. Bending and snapping will get you NOWHERE. Just bump into the guy and accidentally spill your coffee all over him like a normal person would. Sheesh.

Good Will Hunting is one of my top three favorite movies. I know it inside and out, forwards and backwards and I’ve used the apples line more times than I can count. You’re probably thinking that the lie in question is that there aren’t genius-janitors lurking around the halls of universities at night solving math proofs written on chalkboards. Nope, I have no issue with that. Could happen. What I do have a problem with, however, is letting soon-to-be freshman believe that the people mopping floors at night look like THIS:

News flash: They don’t. They’re all like, eighty and smell of gasoline. Okay, maybe not all of them smell bad, but they certainly do not have arms like Matt Damon and flowing locks of golden hair and a cute south Boston accent.

But that does not mean I don’t wish they did.

Okay, let’s state the obvious. You can’t just CREATE your own college.  That’s lie #1. Lie #2? You can’t pick whatever major you want. There are selections you have to chose from. It sucks. You’re 18, just graduated high school, and you’re expected to decide your future career?! Ridiculous.

I’ve given this some and I think that Accepted was on to something. I wouldn’t mind picking a major based off of my interests and loading my schedule with courses that I’m actually interested in. If I could my day would look something like:

Plus I’d throw in an “internship” that involving napping, tweeting witty things, and eating a lot of food.

A girl can dream.

4. The Prince and Me

He isn’t going to take you to his castle for spring break.

Or make out with you in the library stacks. To be honest most of the guys in college are the same as the ones in high school, but a bit older and probably have a beer belly starting to form. Winning. The one exception to this lie is Kate Middleton. She actually did go to university with the prince. She won the life lottery.

But us? Well. Take it away, Lorde.

I’m sure there is the rare exception, but for the most part people don’t just whip open your shower curtain in the communal bathrooms and demand to hear you sing. I promise. Some people are cool with nakedness, and that’s great and all, but if you’re heading to college next year and Pitch Perfect is making you think you should wear a bathing suit in the shower because of this scene, don’t. First off, that doesn’t happen. Second, you would be better off just being seen naked if it did happen because if you wear a bathing suit in the shower you will have no friends. I can promise you that. Don’t even be the person that puts their clothes on in the shower after bathing and then their clothes awkwardly stick to them as the waddle back to their room. For Pete’s sake no one cares. Just shuffle back to your room in your towel.

Also, these singing battles don’t really happen either. BUT if they do they’re totally underground and secret which makes them pretty bad@$$.

What is your favorite college movie?