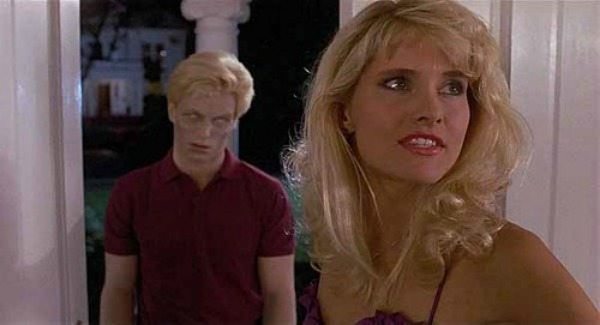 Between the coming of Halloween and the coming of Hurricane Sandy, there’s plenty of horror on college campuses. That doesn’t even include all the streaming and DVD rentals that is going on as students get ready to watch some horror movies. Sadly, there haven’t been too many really great horror movies set in universities. Anyone looking for a chilling college tale first has to wade through lots of lousy movies like Urban Legend and Cry Wolf. Even Scream 2 was kind of a disappointment.

Don’t worry, though. We’re here to be the horror geek that you’re grateful that you don’t have to actually keep as a roommate. Check out this Top Five of fabulous tales of college kids facing killers from the psycho to the supernatural. And try to stay safe this Halloween–especially if you’re in an East Coast college. Those are some chilling winds out there…. 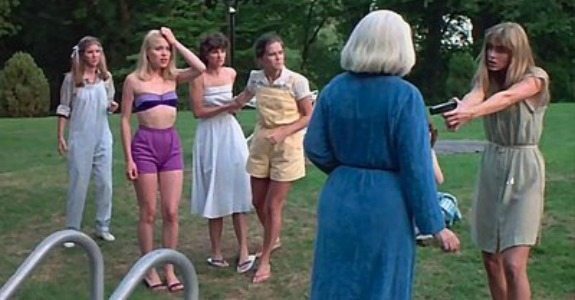 Back in 1982, acclaimed feminist author Rita Mae Brown wrote the screenplay for a slasher film called Sorority House Massacre. It turned out she just wanted to prove that a woman could write a really bad horror film. The House on Sorority Row is the movie that people were expecting. A gang of sorority gals accidentally murder their house mother and decide to cover up the crime–at least until after the big graduation party. The party starts to go wrong when it turns out that someone knows the sorority’s secret. The usual slasher mayhem doesn’t keep the killer from becoming a big feminist metaphor. This one would get partly remade in 2009 as Sorority Row, which isn’t a bad movie. It’s just no match for the original. 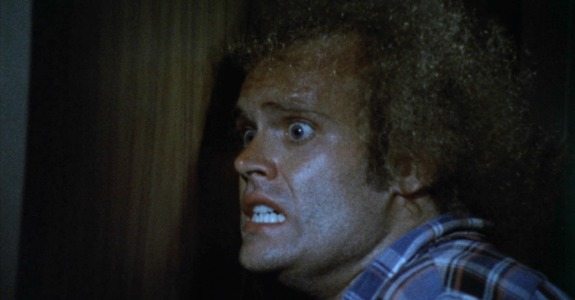 How do you like to spend your Winter Break? It has to be better than hanging around campus and agreeing to clean out a musty old dormitory that’s scheduled to be demolished. But you wouldn’t have a horror film if there weren’t at least four students gullible enough to sign up for the plot line of The Dorm That Dripped Blood. This schlocky lil’ slasher has mostly built its reputation on a creepy atmosphere and an ending that was pretty unconventional at the time. You also get future One Tree Hill star Daphne Zuniga in an early role, but (slight SPOILER) she isn’t around in the film for that long. The lead actress never made another movie–but one of the writer/directors went on to a pretty good career, even returning to a college campus to make the boring 2001 horror flick Soul Survivors. 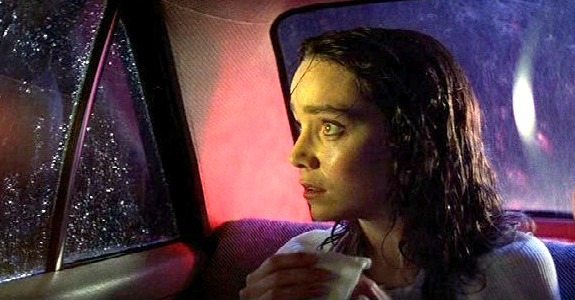 Technically, this one is set in a ballet academy. Suspiria still confirms all your parents’ worst fears of a Liberal Arts education. Aspiring dancer Jessica Harper arrives to study in Germany on the same night that another student is murdered by demonic forces. So, there’s an opening. An increasingly creepy series of events eventually has Harper figuring out that her instructors are practicing a lot more than dance moves. This one’s probably the most critically-acclaimed one on the list, and is pretty much considered one of the great Italian horror films of all time, with director Daria Argento getting lots of praise for creating a movie that plays with the fluidity of a real nightmare. We had semesters that played like that, too. 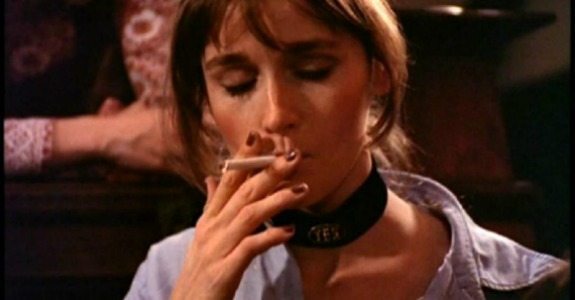 Forget the 2006 remake with the grown-up Claudia from Party of Five. The original Black Christmas was a real sleeper hit on the drive-in circuit, and still holds up as one of the creepiest cult films of all time. This one’s set in a Canadian college where some sorority girls are getting ready to head out for the holidays. (They obviously have better social lives than the students in The Dorm That Dripped Blood.) Christmas gets canceled for some of them thanks to a creeper who’s been stalking the gals and harrassing them with scary phone calls. This one is a real thriller with lots of atmosphere. You also get cult actress (and SCTV star) Andrea Martin as a coed, and she showed up to play the House Mother in that remake. It was supposed to be Gilda Radner in her original role. 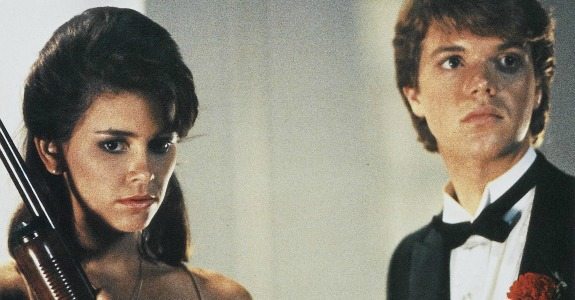 “The good news,” says Detective Cameron to a group of sorority girls, “is that your dates are here.” Then he adds the bad news: “They’re dead.” It seems that a corpse had become re-animated down in the labs of Corman University. That’s the fault of freshman Chris Romero, who was trying to impress sorority gal Cynthia Cronenberg by getting into a fraternity. He’s sent to steal a corpse, but chickens out–and doesn’t know that he’s accidentally revived a dormant alien culture that inhabits dead bodies. Cynthia and her sorority sisters grab some flamethrowers and help turn Night of the Creeps into a genuine cult classic. And if you noticed that those characters are all are named after horror icons–well, this is a film for you.

And finally, here’s the proverbial one that’s so bad that it’s great… 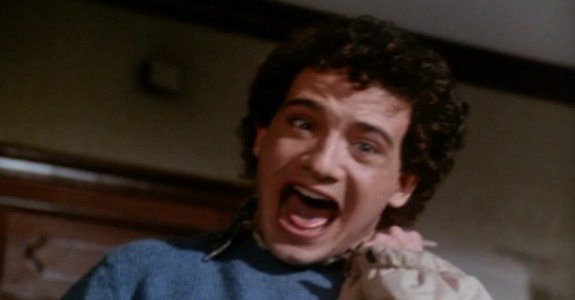 This legendary Italian slasher in best known for an opening sequence that might set the record for historical anachronisms. For example, people weren’t using push-button phones in 1942. Things get even better when the action catches up to a college in 1982. There’s a madman chopping up female coeds at a Boston university, and he seems to particularly like the tennis players. The college looks like your typical Boston university set in Madrid, Spain, and you’ll never see a more inept gang of gals on a varsity team. There’s also a random kung-fu incident. That’s pretty much a tradition at Boston colleges. Pieces was originally condemned as being sexist and misogynistic, but now it just seems too incompetent to be offensive. Besides, the closing scene might be the most feminist ending you’ll ever see in a horror movie.

Do you have any other favorite horror movies set in college?