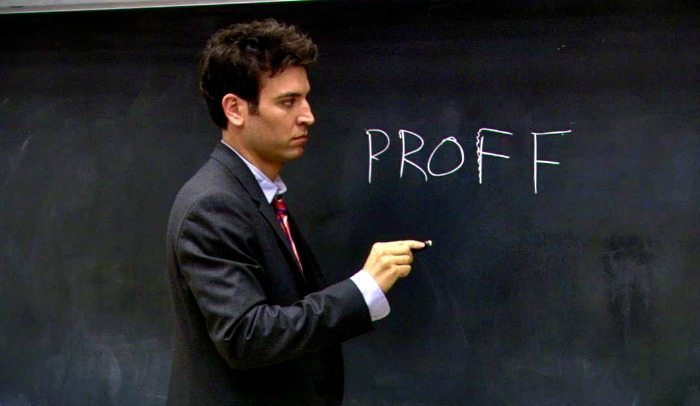 Bob Saget is pretty much the ultimate TV Dad.  Of course, everyone remembers him as the slightly neurotic germaphobe, Danny Tanner, from Full House.  At this point, most people also know him as the voice over of Ted Mosby on television’s hit show, How I Met Your Mother.  As a father figure on both shows, Bob Saget is constantly doling out pearls of wisdom.  Ted Mosby is a character that often shows a surprising level of depth, despite all his goofiness—not unlike Zach Braff as J.D. from Scrubs.  This year marks the tenth and final season of HIMYM, and in retrospective lieu of the show’s upcoming conclusion, I want to bring attention to some of the best pieces of life advice that good ole’ “Teddy Westside” has given us over the years.  So, here are some of my personal favorite Mosbyisms.

“When it’s after 2 AM, just go to sleep. Because the decisions you make after 2 AM are the wrong decisions.”

This quote comes from an episode titled, “Nothing Good Happens After 2 AM”, which is probably the most scientifically accurate assessment ever made about 2 AM.  Think about it for a minute.  Look back on all the things in your life that have occurred at or after 2 AM.  How many of those things are things you don’t regret completely?  I can honestly say that 4 out of 5 of my last 2 AM encounters have been ones that I actually pretend never happened, because they were so filled with regretsies.  I should have listened to Ted and just gone to sleep instead.

2.  On Individuality and Love:

“Shouldn’t we hold out for someone that doesn’t just tolerate our little quirks but actually kind of likes them?”

This quote is actually a two-parter.  First off, Ted is telling us to be happy with who we are, including our quirks—which others might see as “flaws”.  He is also telling us to never settle for someone that doesn’t love you for who you are.  Essentially Ted is saying, be true to yourself, but also expect the people in your life that care about you to appreciate who that person is, even in all of your quirkiness.

“Here’s the thing about mistakes: Sometimes, even when you know something’s a mistake, you’ve got to make it anyway.”

While nothing good may happen after 2 AM, sometimes we have to learn this the hard way—clearly I have.   Sometimes you may even know that you’re making a mistake.  But in life there are times when you have to dive in and take risks, even if you aren’t sure if you can swim in the deep end.  Take that leap and make a mistake, because, even if you know it’s a mistake, you might learn something from it.

“Sometimes love means taking a step back. If you care about somebody, you should want them to be happy, even if you wind up being left out.”

This has been a lesson that I’ve had to learn fairly recently, so I know that it isn’t always easy.  Sometimes it’s really hard not to be bitter, sad, snarky, and cynical.  (Well for me it’s ALWAYS hard not to be snarky.)  Sometimes all you want to do is be angry and spiteful and make fun of that other person’s haircut.  It’s difficult not to be selfish, and not to feel like you got the short end of the stick, when maybe you deserved just a little bit more.  But, as I am gradually learning, caring about another person can sometimes mean putting their happiness ahead of yours.  Maybe that person is your child, or a parent, and yes, maybe that person is a love interest.  But if you really want them to be happy, sometimes you’ve just got to let them go, so that you can move on and also eventually be happy too.

“The great moments of your life won’t necessarily be the things you do, they’ll also be the things that happen to you. Now, I’m not saying you can’t take action to affect the outcome of your life, you have to take action, and you will. But never forget that on any day, you can step out the front door and your whole life can change forever. You see, the universe has a plan, kids, and that plan is always in motion. A butterfly flaps its wings, and it starts to rain. It’s a scary thought but it’s also kind of wonderful. All these little parts of the machine constantly working, making sure that you end up exactly where you’re supposed to be, exactly when you’re supposed to be there. The right place at the right time.”

This is my personal favorite Ted Mosby quote.  Well, this and “Vomit Free Since ’93!”.  But mostly this.  Life can be scary.  We may not always be in control of everything that happens to us. But it’s important to trust the fact that life has a funny way of helping us end up exactly where we need to be.