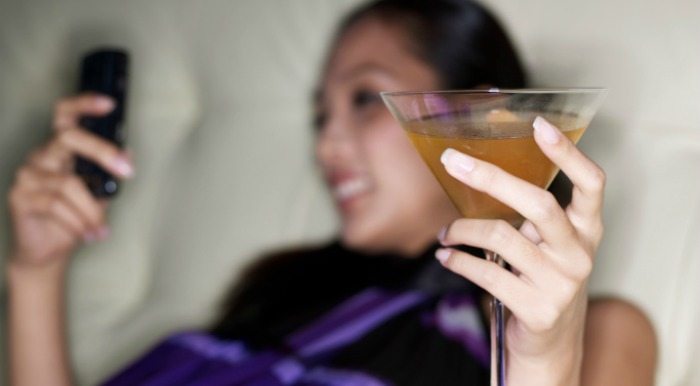 7 People You Should Never Drunk Text

Rough night last night? Well now it’s all about nursing yourself through that hangover. But nothing is worse than waking up to a slew of random text message responses from people you don’t remember talking to in the last few months. Here are 7 people you should never drunk text. Unless you’re too inebriated to remember…

This should be an obvious one. You’re going to find the indescribable need to text your ex “just to see how they’re doing.” But a few sneakily aggressive comments later you’ll be dragging the past through the mud “You never put the toilet seat down!” or saying how much you miss them and want them back. Whether you do or don’t.

Keep the phone in your pocket and hold onto your pride.

2. Your Current Interest/ Significant Other

The fastest way to kill a new flame is to smother it out with alcohol induced text messages. Vodka tends to make me incredibly clingy and eventually I’ll be texting my significant other,

All of these will be sent before my flame has a chance to process what’s going on, and no one appreciates being under siege.

It’s never a great idea to text your coworkers when you’re drunk. You’ll start making drastic claims like “You should cover all of my weekend shifts for me; I’ll bake you a cake!” You’ll come off as desperate and you and they both know you will NOT be making them a cake.

I have a tendency to text my parents “I love you!” when I’m drunk. Not sure why, but it’s like my dormant good son traits come to the surface as soon as I’m wasted. This would usually not be a problem, but my parents like to keep the conversation going once I initiate it and 98% of the time I am not in a state to be discussing my writing classes and how my money is holding up.

Mom, Dad, I’m trying to be a riot girl; I don’t have time to text about my emotional state!

Okay, I guess in 2014 you can drunken email now. We all have smartphones which makes it difficult to go anywhere without feeling the need to be productive.  I have a bad tendency of pitching really awful ideas to my editors when I’m inebriated.

“Best candies to eat in the shower”?!

It gets pretty bleak.

I’ve actually only had one tried and true frenemy in my entire life. It was mostly a friendship bound by mutual understanding that we knew too much about each other to be enemies. If we stopped being friends, all the cats would be out of their bags. If you’re feeling good the last thing you should be doing is typing “Miss you, gurl!” because a few more cocktails in you’ll be texting “I hate you, b*tch, you ruined my senior prom!” It won’t be pretty.

I guess I only drunk FB chat these folks, but I’m always curious as to which of my relatives are engaged/pregnant/having a nervous breakdown.

Usually, I’m the only one on the verge of these, but it’s always nice to check. The only problem with this is after a few typos, my family catches on to my non-sober state and I have to quickly make up an excuse to leave. “Glad you’re not pregnant yet, I have to go feed my ferrets!”

What’s the worst drunk text you’ve ever sent or received?