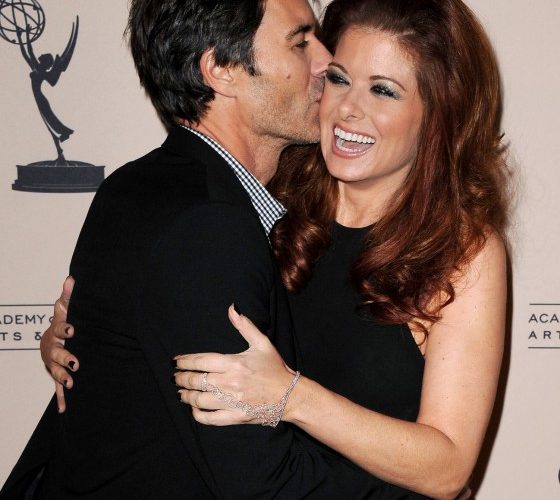 8 Reasons Why Every Grace Needs a Will

Every girl should have a gay best friend. It’s a fact of life. It’s practically a law. An 11th commandment if you will.

If you’ve seen the TV series Will and Grace you know that they are the ultimate girl/gay guy bestie duo. I have my own “Will”, and I think he and I are a pretty close second to Will and Grace. We didn’t do the whole date-before-he-came-out scenario, and thats the only reason we don’t trump them. I felt it was time to share my wisdom on why having a gay best guy friend is the ultimate dream. *To protect the innocent I’ve changed my friend’s name to John. However, this will probably infuriate him because he’ll want everyone to know this is allllll about him.

Duh. If I were to text John* right now that my left foot fell off it would take him three hours to respond. Or he would reply with a simple ” 8-O”. However, if I were to send him a picture of myself in a dressing room mirror asking him what he thought of a potential clothing purchase he would reply in less than a minute. In fact, John would respond BEFORE I sent the picture. Its like a Spiderman there-is-danger-approaching sense, but with fashion. He just knows.

And trust me his responses are not to be sugarcoated. My girlfriends play the classic “Well do you feel comfortable in it?! (code for your hips look wide). Not John. I once received a short and sweet “Absolutely not you look like my grandmother” when I asked his opinion on dress I liked. Your gay bestie’s own personal fashion sense will also inspire you. When John told me he was wearing a glitter vest that made him look like “Liberace” to his boyfriend’s birthday party I have to admit I doubted him. Of course when I saw him he looked like a page torn out of Vogue.

I love snuggling. Unfortunately I’m currently perpetually single and my cat Snickerdoodle is as good as it gets. But when John and I lived across the street from one another our Sophomore year of college my snuggle-less problems were solved. Sure, my roommates were curious as to why we would all be going about our academic duties and he was still snoozing in my bed until 3PM (John did you EVER go to class?!?), but I had a cuddle buddy without the gross attachements of a boyfriend. Win.

Sorority formal? He’s there. Wedding? Yep. And he can handle his liquor. It is literally a law of life that gay guys are impossibly gorgeous AND everyone loves them. Perfect. Date. Sure, you’ll have to break your poor grandmother’s heart when she tells you for the 50th time that she “JUST LOVES YOUR NEW BOYFRIEND”, but it’s worth it.

My mom once recieved a text from a friend: “I just saw Chynna walking in the city and can’t believe how cute her boyfriend is! He has gorgeous blue eyes!” Not quite, but thanks for being surprised that I was “with” a guy that good-looking.

This one actually never works out in my favor. Last time we did this John made us sit outside the Starbucks in Philadelphia’s Gaybourhood and count, yes COUNT, the number of guys that checked him out. I lost count at 17.

A fun fact about the time we went to Starbucks to “guy watch”: It was raining, and I swept my hair into a top knot as a last minute decision to combat the weather. John took one look at me and said “You’re going out like that?”. Cruel, but he has good intentions.

They have no time for your complaining. If your hairdresser cuts your bangs lopsided he’ll let you complain for five minutes (as he cringes and tries to salvage them), and won’t let you speak of it again. Trust me he will literally cut you off from speaking. This is completely necessary if you are someone like me and will whine, complain, and overanalyze until I am blue in the face.

He’ll also be super compassionate about it because after all your hair is your most important feature. He’ll consult Google, and send you a picture of a hot model with the same jacked up bangs within 24 hours.

Every girl and her gay guy bestie have had the “If-we’re-both-still-single-by-30-lets-just-get-married” talk. My mom loves John more than she loves me and would jump on this idea faster than you can blink. However, John has an incredibly hot, charming, and perfect boyfriend at the moment. My future is looking dismal. When you select your gay best friend, make sure he is just getting out of a bad relationship for an optimum chance of marriage.

Maybe it’s just John, but he has ULTIMATE willpower when dieting. We once split a tuna wrap and he made me eat the bigger half (and the chips and pickle, but that was completely voluntary on my part). Gay guy friends will hold you so accountable for your diet promises it’s almost irritating. If you tell him you are dieting the first thing he will say when he sees you is “How is the diet going?” He’ll also be the first one to tell you how great you look. And though it doesn’t make sense, he’ll probably be the one to shrug, point at the cupcake, and say, “Eat it; you look great anyway! I don’t know why you’re even dieting.”

Every gay best guy friend is going to be different and your relationship will reflect that, but it’s very important that you find one. You don’t know what you’re missing until you have a pain-in-the-butt texting you every three days “Oh what, are you ignoring me all of a sudden?” I should have mentioned this earlier, but it’s exactly like having a boyfriend without having a boyfriend. And just like Grace, you’ll love Will forever (because trust me you’re 100% stuck with him).

Have YOU found the Will to your Grace?