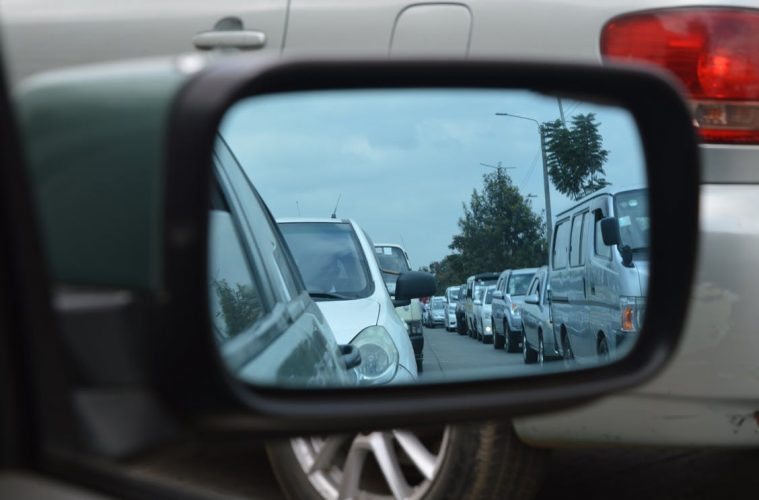 9 GIFs that Explain Driving in the City

Mary Dishigrikyan is a UCLA graduate with a major in psychology and english . She is a logophile with a passion for puns and Disneyland.

No matter where you’re from, or what school you go to, if you’re a licensed driver then you’ve probably experienced what it’s like to make it through the hustle and bustle of the city. Perhaps it’s because you live or attend school in the city (in which case you’re probably used to the driving circumstances) or maybe you occasionally have to pass through a major city during a road trip, or run errands in the most populated urban area of all. It’s also possible that you’ve been in the passenger seat of your best friend’s vehicle so many times during the aforementioned instances that his or her road rage rubs off on you. Whatever your reasons for driving in the city, and whichever seat you’ve claimed in the car, here are 9 GIFs that explain driving in the city that you’ll find easy to relate to.

Getting in the car / Preparing for battle (basically the same thing)

Do you see it? That look of pure determination on Jack Sparrow’s face as he stares dramatically through hard eyes and furrowed brows? Yeah, you probably won’t look like that, but undoubtedly you will feel that way on the inside as you buckle up and get ready to hit the road.

Enduring the drive by yourself

I am so, so sorry. I hope to one day see a rule enacted that prohibits people from making trips through the city by themselves. Sure, sometimes it’s nice to be deep in your own thoughts, driving to music you’re probably singing along to at the top of your lungs, but with traffic and crazy drivers and no one by your side, you can get lonely really fast.

Noticing the cute driver next to you

…and trying to make them notice you in return. But if you’re a starer, maybe you should try to tone down the staring – it can get a bit unnverving, to say the least. So what if their hair is perfectly styled? Ugh, and even though they’re wearing sunglasses, you just know they have the best eyes. Speaking of eyes, eyes on the road! Do not. Get. Distracted.

All because of that one guy that thinks they’re exempt from stopping at stop signs and looking both ways before driving across an intersection. We all know that guy (or girl). And we hate him (or her).

Admit it. You know that feeling of pride when you feel so good as you drive, all because the music is just right for the speed you’re going and the mood you’re feeling and everything is just. So. Perfect. Driving to the right music is important, and being able to organize that music and treat it like it’s your child evokes some powerful emotions and protectiveness from all of us. Like not letting anybody else touch the radio, or even slightly glance at it.

Realizing that the same person has been driving behind you now for, like, an hour and a half

You’ve been sitting in your car for so long now that you can’t help but feel paranoid. It happens. But just so you know, you’re probably not being followed. The roads belong to everyone, which is easy to forget while in a state of paranoia, but useful information to remember nonetheless.

Giving up because you’ve accepted being late to your destination

gif via The Prospect

This is when you’re in bumper to bumper traffic, and you know you’re not getting anywhere anytime soon. You’re in the busiest part of the city, and the only way out is through. This is kind of like what it’s like reaching the point of no return, except it’s more like the point of no more hope for your poor, poor soul.

Connecting with the poor, poor souls around you

Let’s face it. Traffic is one of the best sources of camaraderie. Sure, you’re frustrated, and so is everybody around you, but it’s the perfect opportunity to turn to the drivers surrounding you, and instead of avoiding awkward eye contact, embracing the situation you guys are all in. Everyone’s trying to reach a destination. The least you can do is make the best out of it, and support everyone through their journey there. And then floor it once you’ve cleared the traffic because you don’t like spending half your day stalled in your car.

If you compared a picture of yourself before you got your license and after you got it, and have been driving through major cities ever since you got your license, you’ll probably notice 10 billion frown lines in the after picture that definitely weren’t there before. Side effects since you began driving may include randomly lashing out, being an annoying pedestrian who, in the rare occasion that you do decide to walk somewhere, takes their time crossing the street, and immediately judging anybody who speeds through a yellow light without knowing their reasons for doing so.

What’s your least favorite part about driving through a city?

How to Decorate Your Dorm Room If You Have a Pet