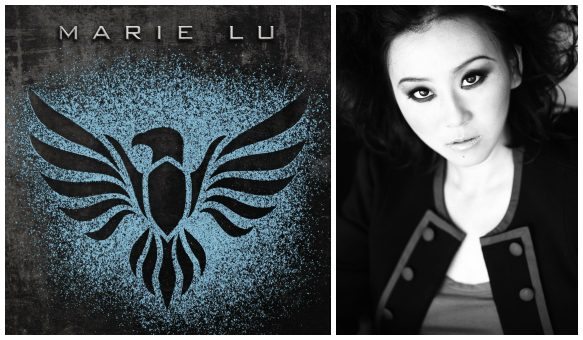 An Interview with Author Marie Lu

We were lucky enough to get the opportunity to participate in an interview with Marie Lu, the author of the young adult novels Legend and Prodigy (which we loved, by the way!) Prodigy, the second part of the series, was officially released today and to celebrate, we wanted to share with you our favorite moments from the interview. In it, Marie shares fun tidbits of info about the book and her personal life (did you know she was a big video game fan?) and some advice for young writers.

P.S. Did we mention that we’re doing a giveaway for a signed copy of Prodigy? Go here to enter!

Pamela:  What was the hardest scene that you had to write in either Legend or Prodigy?

Ms. Marie Lu:  I find June incredibly hard to write. Every time one of her chapters comes up, I kind of have to stop and do random research for her lines because she just knows random things.  For example, in Prodigy, there’s an early scene where she starts listing off the metal composition of a paper clip.  So I had to stop and go online and read about the history of paper clips and just really random things like that.

So June’s chapters definitely are slow going for me, and they’re very challenging.

And a particularly difficult scene in Prodigy was when Day and June have a really drawn-out dramatic verbal fight. That took me 10 or 20 different tries to get their dialogue the way that I wanted to.  It was definitely a challenging scene.

Kayla:  In an animated version of Legend or Prodigy, who would you want the voice of June or Day?

Ms. Marie Lu:  I would love an animated version.

Oh, gosh, I don’t even know. I think it would be really fun if Day’s voice was Leonardo DiCaprio because when I was a little girl, I was totally a fan of Leo DiCaprio, and his Romeo and Juliette personality probably inspired Day just a little bit.  So I think it would be fun if he was voicing Day.

For June, I’m not entirely sure.  But I really like the voices of the girls in Avatar:  The Last Airbender.  I really loved the voice actresses in Airbender and in Korra.  So I think it’d be fun if she was voiced like Korra or Katara.

Pamela:  While you were writing Legend, it says in your biography that you were an art director at a game design company. What did you like about game design, and were you a gamer growing up?

Ms. Marie Lu:  I definitely was a gamer growing up.  My first game was Sonic Hedgehog II on my Sega Genesis, and I’ve been a gamer ever since.

I find games to be so fascinating because it’s just another creative media.  All creative media inspire me, and they’re sort of interchangeable for me.

Playing games a lot and working in games definitely influences my writing.  When I’m writing, I tend to see in my head either a game sequence or some sort of movie sequence that’s kind of related to my former art director job.

In Legend, the seen where June and Kaede have their street fight, that was solely inspired by Street Fighter.  So in my head, I kind of picture it like a game scene.

And I just find it really fun.  Sometimes if I have writer’s block, I do like to put the writing aside and go play some games or watch some movies or something, get my creative juices flowing in a different sort of media.

Michelle:  If you could spend a day with any of the characters in Prodigy, who would it be and what will you do with that character during your day together?

Ms. Marie Lu:  That’s an interesting question.  I would really love to spend a day with Anden, actually.  I think it would be really fun to see from his point of view what it’s like to run the Republic from the inside.  I would probably like to tell him all of the things that people are conspiring to do against him.

And he seems like he would be a fun person to hang around because he’s very elegant and might take me to a really nice restaurant.

Pamela:  I’m representing CampusRiot, a site about surviving college life. Do you have any advice for college students who are looking to break into a creative industry like gaming or writing?

Ms. Marie Lu:  There’s definitely certain majors that you can pursue that will help you.  If I could go back to college, I probably would have majored in creative writing or game design.  I was a political science major, which is mainly because I was kind of afraid to take that jump.

I really hope that college students who are interested in the creative industry won’t be afraid to pursue those industries because I know they can be very challenging to get a foothold in, but your best bet is to try to steer your major towards what you want to do and start searching for internships.

If you’re looking to go into the arts – gaming or movies or any sort of art design – just know that your portfolio is king.  Even if you don’t have a major in art, you can actually get a job if your portfolio is strong enough.

Definitely do your research and go online and find certain people that you can look up to.  A lot of the great creative artists are online, and they have art blogs.  A game designer has game design blogs.  And you can probably get informational interviews with them to just ask them about how their industry works.

In the creative industry, like all industries, it’s all about who you know.  So building those early connections really helps a lot.

And as far as writing goes, there are a ton of resources online for aspiring writers and great writer communities.  Twitter is a great tool to follow established writers and see what they say and what advice they have to give.

I think the biggest thing is just don’t be afraid to pursue it. I was afraid for a long time because I thought I would be a starving artist.  But I think anyone can make it in the creative industry if they’re passionate about it and they have the talent.