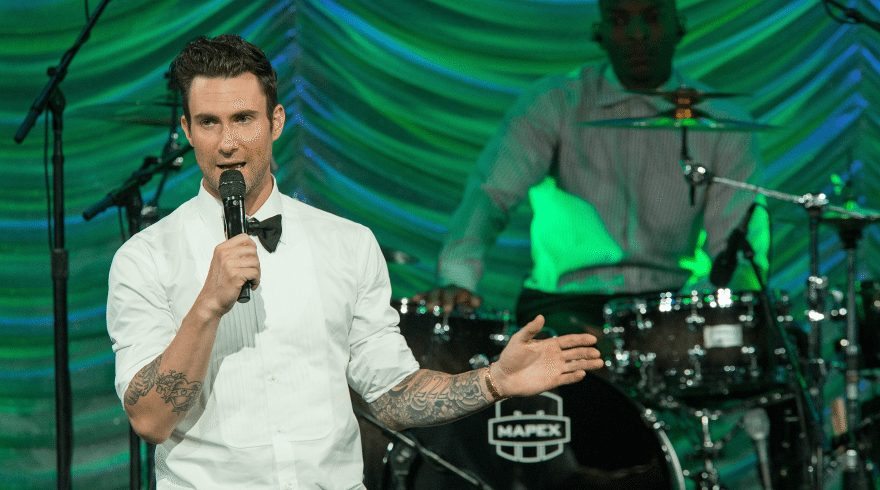 An Open Letter to Adam Levine, The Sexiest Man Alive

I am so sorry that I have to do this to you, but it’s Adam Levine, so you’re just going to have to deal.

Regretfully (but still yours),

In my opinion, you were the sexiest man alive long before People Magazine declared it officially last night. You became the sexiest man alive to me back in 2003 when I was 13 and I spent my entire summer listening to Songs About Jane over and over and over again until my CD started skipping. The first time I heard “Harder to Breathe” I was hooked in the worst way. “Tangled” and “Shiver” are still some of my most favorite songs to this day. When “She Will Be Loved” came out I nearly cried and spent the better part of my day changing my AIM profile (away message, too!) to the lyrics because I just couldn’t handle the feels. I mean…

Who wouldn’t fall for that? Honestly, just writing about it now is making me emotional.

Now, I doubt that there’s a single person out there reading this thinking, “why?” because let’s face it. You have a hot bod. And, you have hot tattoos. On your hot bod.

…I would put a better photo to display said hot bod in here, but it might cause spontaneous combustion.

You also look good with and without facial hair. (You look best with just a little bit of scruff. I’ve studied.) And I’ve never seen a man look better in a suit. Seriously, the first time I saw you in a suit I just about dropped dead.

Good luck trying to compete with that, men of the world.

You’re a musician (instant sexy points.) But not only are you a rock star, you’re an incredibly talented one at that. Your voice is just the right mix of sweet and badass and there’s nobody else that sounds even remotely like you. It’s the kind of voice that makes women and men alike swoon, and in some of your better songs it could probably even melt butter (and my heart. Actually, that already happened.) And OMG at the time you covered “The Way You Look Tonight” because I heard it and I was just like…

…and I don’t even want kids!

You’re also hilarious — anyone who watches The Voice (and of course, I do) knows this. You take bromances to the next level in the most adorably hysterical ways.

You’re also sentimental and sensitive. Basically, you’re perfect. What more could anyone want in a man? You’ve got looks, talent, and personality down. You’re the real deal.

I really don’t know how you do it. It’s like, magic, or something.

Speaking of talent and magic, you’re a fantastic singer, but can we talk about how amazing you are as a songwriter? You know exactly when to be serious, when to be raunchy (always in the best way), and when to have fun.

And you certainly know how to make a lasting impression, because here it is 11 years after Songs About Jane debuted and I still get goosebumps when I listen to it. And of course, every album just got better and better. It Won’t Be Soon Before Long was just as amazing — half the songs on it make me cry and the other half make me want to dance.

Hands All Over? I mean, “Stutter” is legitimately amazing. I can’t even. And some people may think that you were a bit of a sellout with songs like “Moves Like Jagger” but I know better than that. Sometimes you just have to have fun! And really, who can complain about you dancing around shirtless in the music video? Nobody, that’s who.

Oh, and did I mention you’re modest?

…Even when you’re embarrassed, you’re hot.

Okay, okay. I promise, I’m usually funnier when I write these sorts of things, but as soon as I look at you…

*Composes Self* Thanks — I needed that.

The day the world learned that you were engaged, I think much of the population’s collective heart stopped momentarily. You were pretty much always unattainable, but that day, it became official. Like really official. And now, People Magazine is just rubbing it in! Like, we get it. You’re sexy. You’re beautiful. Everybody else in the world pales in comparison to you, and nobody but Victoria’s Secret models can have you. (Dear Self: Rethink your career path.)

Since I’m not, in fact, a Victoria’s Secret model, I just have to accept this and move on. So all I have to say is, congratulations. Not for being People’s “Sexiest Man Alive” but just for being epic in every way. And I’d also like to say thank you, for filling my world with beautiful music. And way too many feels.