Book Review: Hyperbole and a Half

Megan Simpson is a junior at Chapman University studying Creative Writing and Psychology. She loves movies, food, and cats, like any normal college girl. Her main goal in life is to  finally get her dad to admit that she’s funnier than him.

You forget that I’m technically an English major so I actually do quite a lot of reading, THANK YOU VERY MUCH.

Though, I will say, I only know about this author because of the internet (God that place is magical), but hey, she wrote an actual, physical book! Like with words on paper! And I promise, friends, it’s absolutely worth your extra time. The book is made up of eighteen mini-stories that all have to do with different experiences, ranging from having pets to having depression. Allie Brosh, the author, is one of the most hilarious writers/illustrators I’ve ever had the pleasure of worshipping. She started “Hyperbole and a Half” as a blog (INTERNET) in 2009, and it just exploded and grew and is the best. In fact, I can never listen to Kenny Loggins ever again without rolling around on the floor and laughing. Here are just a few of the amazing things about the book and Brosh:

The illustrations are so out there, it’s fantastic.

Allie draws a cartoon version of herself that she uses in all of her stories, and it’s like a semi-stick figure with a pink dress (???) on, and a yellow, cone-like object on her head that is supposed to be her hair in a ponytail. The expressions that her illustrations make are so accurate and so hilarious at the same time. I don’t know how someone can be this talented. Plus, she puts a hell of a lot more work in drawing her two dogs than she does with any of her human characters, including herself. Priorities. 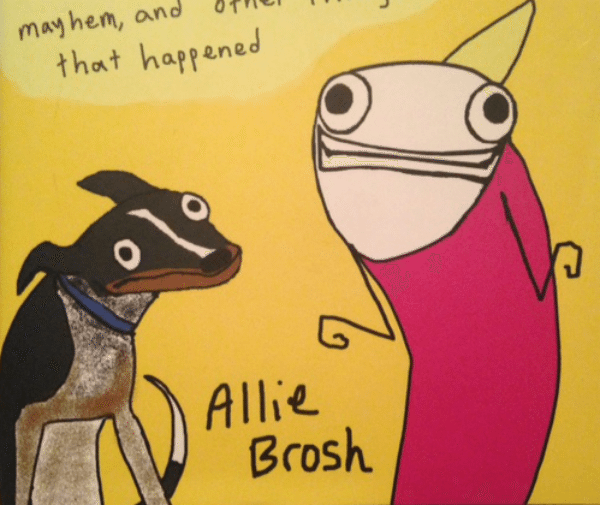 All of her stories are so accurate to the human experience: especially our generation.

She has an intense (intense) love of dogs, she has a major problem with motivating herself to do even the simplest of things, and she loves cake. Every person I’ve ever talked to that’s either read her blog or this book has said something along the lines of, “that story about _____ was so true, something like that happened to me a few days/weeks/months/years ago!” I’m a sucker for relatable things (I’m a Creative Writing major, it is actually impossible for me to write about or even read things that I don’t feel a sort of personal connection with).

She was the one who created the best meme ever. 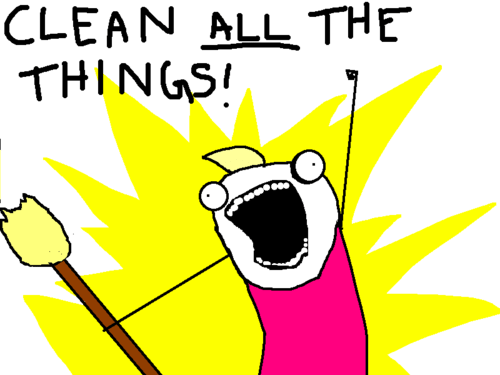 She gets into some tough stuff.

I mean some really tough stuff. I won’t go into too much detail because I don’t want to spoil it, but I think everyone our age (and beyond) will appreciate her take on certain difficult subjects, such as mental illness. Brosh has a way of describing these dark, human things that’s in a way, lighthearted, but not so lighthearted that it discredits what she’s saying. It a beautiful thing that comes out really insightful and funny. Even if you’ve never experienced depression, etc., Brosh explains the feeling so amazingly. The book can potentially give a little window into some of the feelings that can come with mental illness, and I think that’s really great. 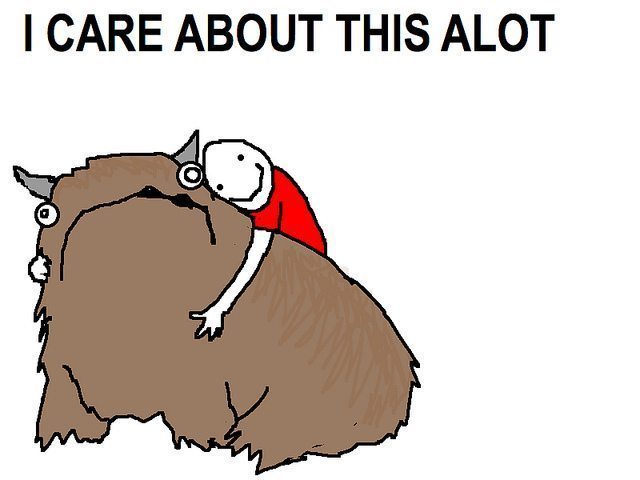 There’s literally a story called “The God of Cake.”

It’s about the lengths a young version of Brosh went to in order to obtain cake. It’s like a new-aged hero’s journey.

Her dogs are absolutely as funny (if not, even funnier) than Brosh is.

I don’t know how that’s possible (or if she’s just making stuff up) but I’ve seen my fair share of dogs in this world and none of them are as funny as hers. Or as well-drawn.

You should read more anyway. You’re in college.

Have you read the book? Did you enjoy it?