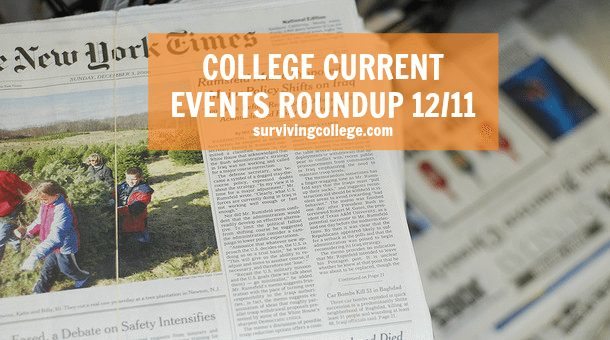 In today’s news: high hopes for hard-working interns, a West Virginia Mountaineers mascot makes a major mistake, and the University of Virginia is in hot water for breaking the rules. Not to mention, we now know which schools are the most (and least) sexually healthy and informed, and some helpful travel hints just in time to head home for winter break (after you finish your finals, of course!) Check out today’s college current events roundup…

What do you think of today’s college current events roundup?