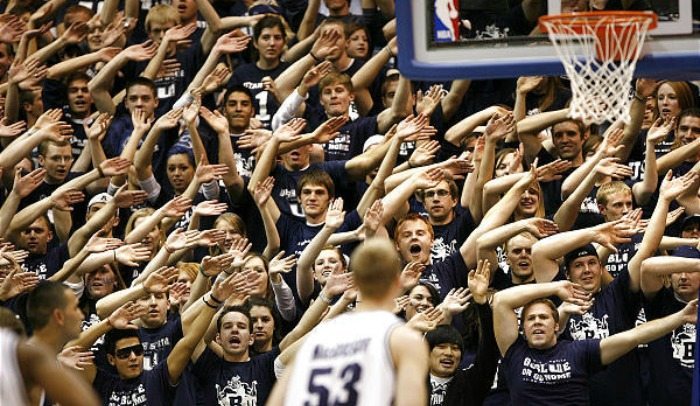 We believe that college sports thrives off tradition, it’s what separates college athletics from professional.  On every college campus in the country the bond between a university and its sports teams have created some of the greatest traditions imaginable.  As a way to celebrate that special bond, each week we will feature a different college basketball tradition.

Although Utah State University may not be on your radar as a college sports mecca, you would be dead wrong to overlook what is arguably one of the most underrated college sports towns in the country.  But if you ask me, what truly sets Utah State apart is the fan base.  Because let’s be honest for a second, every university’s student section is the framework to any college sporting event–especially college hoops. 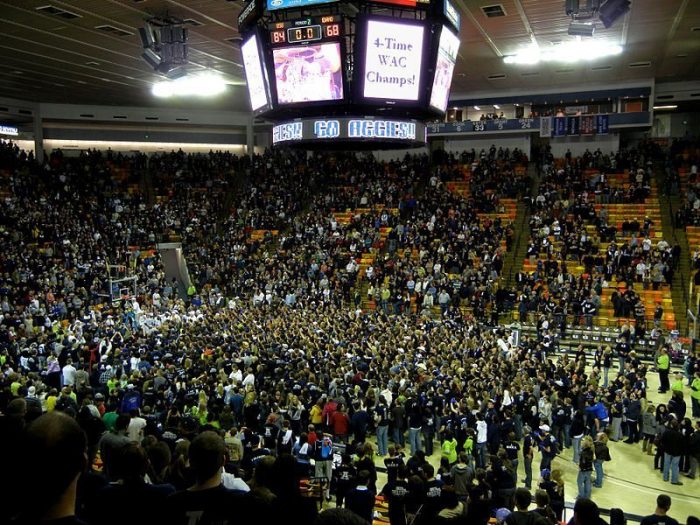 While some student sections pride themselves on their reputation and creativity, many fall short of the Aggies’ raucous crowd during basketball games.  Over the years Utah State has transformed into one of the most creative and exciting student sections in the country with their unique chants and a level of passion that is second to none.  The fans at Utah State have made the Smith Spectrum one of the toughest and most intimidating arenas in all of college basketball.

But there’s one chant in particular that we’d like to feature that has single-handedly put them on the map.  I’m talking about none other than the Aggies’ “Winning Team Losing Team” chant that comes at the end of every Utah State home victory.  Once an Aggies’ victory seems imminent the student section doesn’t waste any time in letting everyone in the arena know who won the game. 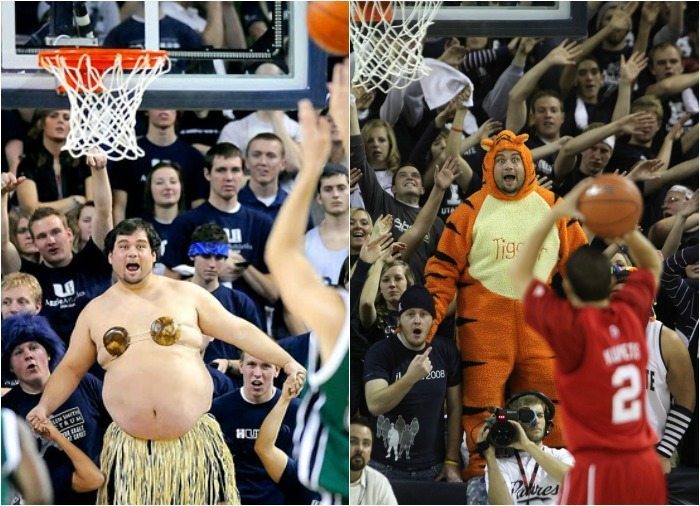 The chant–much like every chant at USU basketball games–is led by Aggies superfan Wild Bill (who always dresses up in some sort costume for every game) as he yells out the score for each side only for the rest of the student section to repeat.  The chant ends with the students proclaiming the Aggies as the winning team and their opponent as the losing team, then they just repeat “winning team, losing team” over and over, just for the hell of it.

I had never seen this tradition until a few days ago and I must say, it’s one of my all-time favorites.  It reflects the unity and strength of the Utah State fan base.  The chant sounds loud enough on YouTube, I can’t even imagine how crazy it must be inside the Spectrum.  I have got to the student section some credit here.  It’s one thing to beat an opponent, but it’s an entirely different thing to mock them and yell over and over that they lost.  I’m not going to lie but it’s an awesome tradition unlike any other in the country.  If you haven’t already had the privilege, feast your eyes on this:

What do you think of Utah State’s chant?