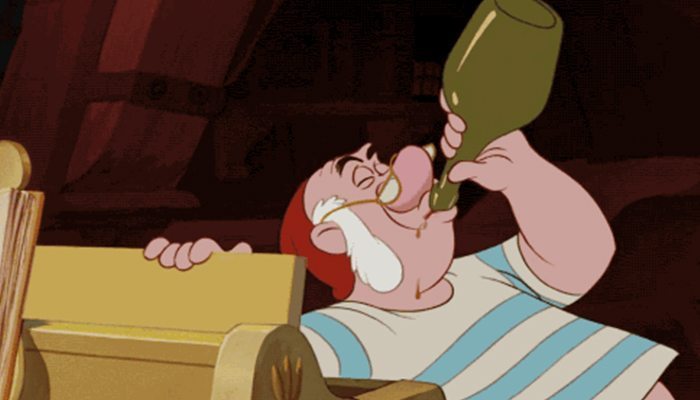 What better way is there to destroy your last remnants of innocence than starting a Disney movie drinking game? If you are at all familiar with the company, you know that they have A LOT of  recurring themes in their animated classics. All you have to do is take the basic hero-vs-villain plot, sprinkle in some pixie dust with a hint of supercalifragilisticexpialidocious, and you’ve got yourself a Disney flick. With that said, here are the basic rules of re-visiting your favorite child films (in the most delightful way).

Set-up: The Disney drinking game can be played with 2+ players. You will need your favorite liquor (and lots of it, as you will soon see), a shot glass for each contestant, a DVD player, and an animated Disney film of your choice.

Object of the game: The person acting most like Goofy by the end of the night wins. Good luck!

Will you play the Disney movie drinking game?