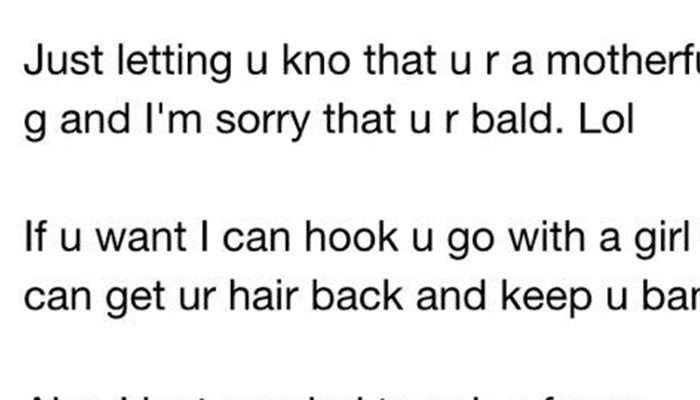 Listen, we’ve all had those nights when we’ve been drinking a little too much even though we have a big paper or a test do the next day. Most of us muddle through and get it done at a crazy hour in the morning, or we take the failing grade and promise we’ll never do it again. But then apparently, there are others like drunk student Patrick Davidson, who just wants to be honest with his professors.

Davidson emailed his professor, Mr. Martin, as he referred to him, letting him know that he will need an extension on his paper. Davidson also felt it was necessary to let Martin know that he is a “g” and that he was sorry his professor was so bald, but that he could help him out. 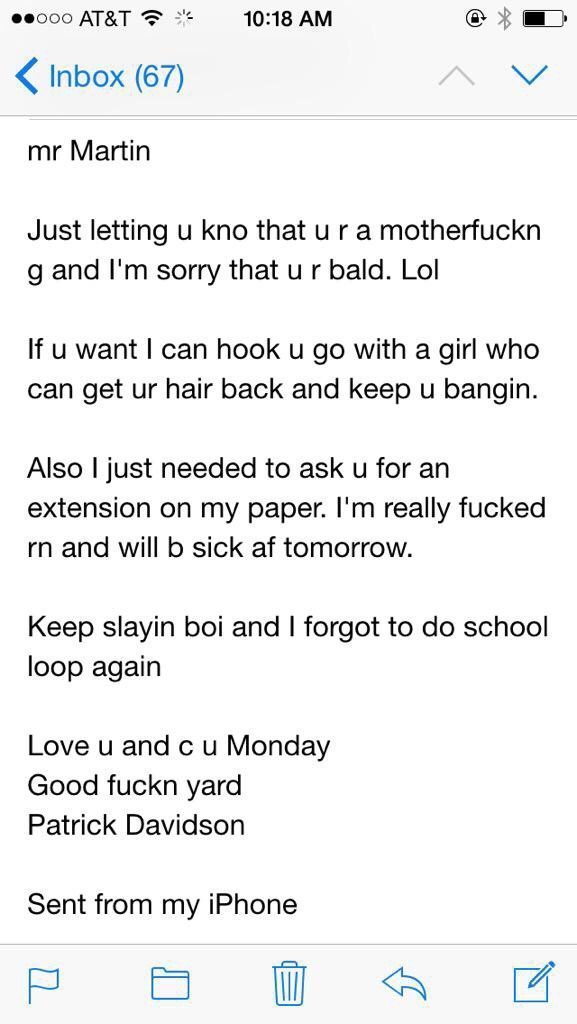 It’s easy to assume that Davidson awoke feeling emotions like terror, anxiety and pure embarrassment. That was until he read Mr. Martin’s response, which was surprisingly nice.

Martin acknowledges that Davidson had a great night, and that he would indeed extend his paper’s deadline. He also wrote that his wife prefers his bald head, but thanked his student for his concern. 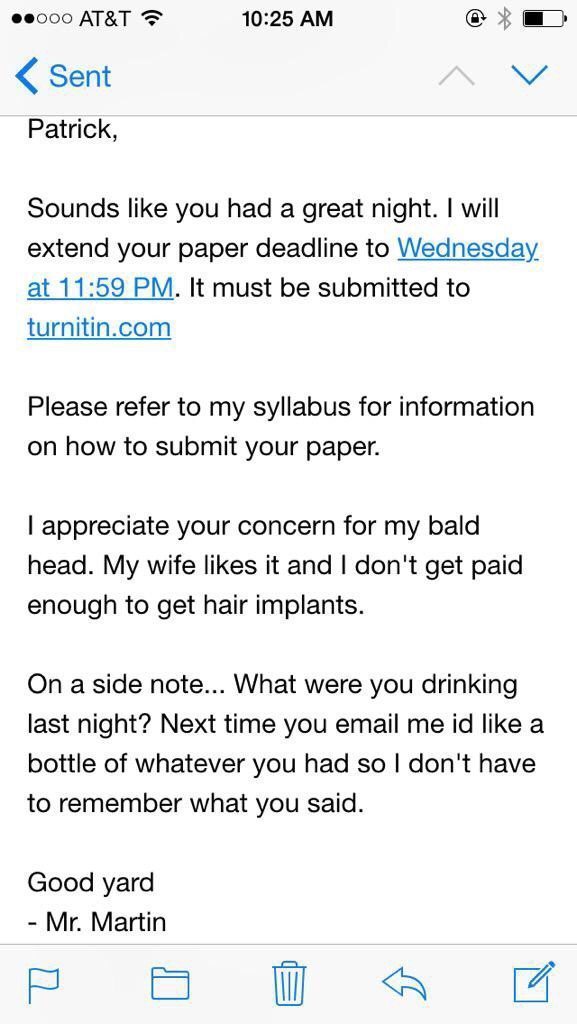 Now, we completely understand why Davidson said Mr. Martin was a “G” because what other professor do you know would write an outstanding response to a drunk student? That being said, we suggest you do not drink and email — anyone, including the people who can make or break your college career. Good yard!

Whose email wins: the drunk student or the professor?