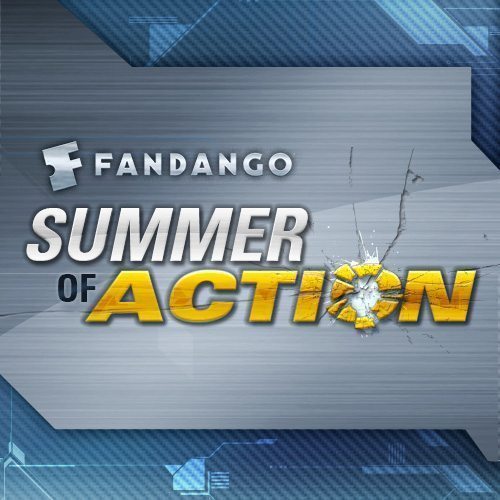 I’m so happy to announce that we’re doing another giveaway! We’re working with Fandango for their “Summer of Action” series, which is celebrating all of the awesome action movies that are coming out this summer.

Pacific Rim (which you should all go see!) already came out on July 12th, and you can catch The Wolverine on July 26th, 2 Guns on August 2nd, Elysium on August 9th, Kick-Ass 2 on August 16th, Getaway on August 30th, and more! And don’t forget to check out the trailers below:

Set in the year 2154, where the very wealthy live on a man-made space station while the rest of the population resides on a ruined Earth, a man takes on a mission that could bring equality to the polarized worlds. (IMDB)

Summoned to Japan by an old acquaintance, Wolverine becomes embroiled in a conflict that forces him to confront his own demons. (IMDB)

A DEA agent and a naval intelligence officer find themselves on the run after a botched attempt to infiltrate a drug cartel. While fleeing, they learn the secret of their shaky alliance: Neither knew that the other was an undercover agent. (IMDB)

The costumed high-school hero Kick-Ass joins with a group of normal citizens who have been inspired to fight crime in costume. Meanwhile, the Red Mist plots an act of revenge that will affect everyone Kick-Ass knows. (IMDB)

One winner will receive a Summer of Action movie prize pack which includes:
$30 Fandango Movie Tickets and a $50 Visa gift card

Using the widget below, you can:

Terms & Conditions
Must be 18 or older to enter; US only!