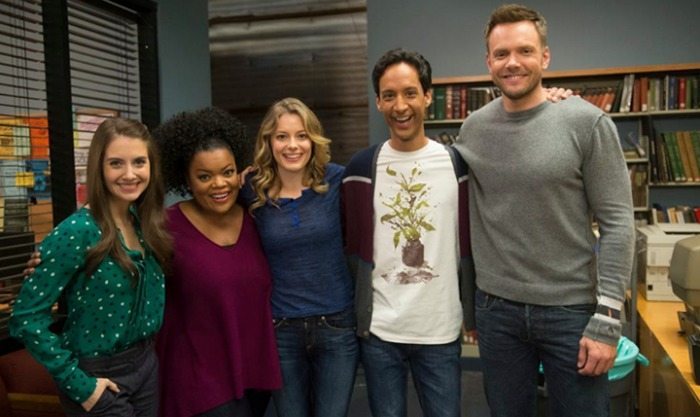 A Farewell Letter to ‘Community’ (And Our Favorite Characters)

NBC was not streets ahead when they decided to cancel Community. Here’s a heartfelt goodbye to our favorite study group turned Save Greendale Committee, which was obliterated by an asteroid (it’s canon).

I’ll try to keep this short – unlike your speeches. Neither gods nor men could adequately measure my attraction to your pecs and arms. Your hair was always perfectly askew like your moral compass. With your fake lawyer ways and playboy mentality, you’re the reason why Coldplay wrote “Fix You.” If Shirley’s beliefs are right, I’m sure you’re burning in Hell listening to BNL for all eternity. Let’s just all breathe a sigh of relief you didn’t end up with Britta.

You’re the worst. Just kidding. You’re definitely the best. I actually think you survived the asteroid because you lived in New York. I’m also sure you blamed it on climate change. At least your used iPod Nano is pretty high-tech now. You’re probably leading some underground group of one-eyed cats and potheads.

You may have died in a fiery explosion, but you definitely lived up to being your rehab’s Most Likely to Succeed patient. You graduated college and got a job selling pharmaceuticals! You’re like a bartender, but better because your shots are actual shots. I think you were the voice of reason in the group? Except for when you freaked out over the model UN debate. And the time you pepper sprayed yourself in the face. At least you never ended up getting pregnant at a bus station!

I hope you thought it was the rapture, and you were finally going to heaven when the asteroid crashed down. I’m sure God forgave you for trying start a MeowMeowBeenz cult and sneak attacking Annie with a baptism. You were the oak tree of the group for how much shade you could throw. We may never have understood your Halloween costumes, but we always knew your heart was in the right place.

I guess you truly are undiagnosable since Greendale has been annihilated. You probably filmed the end of the world just in case any survivors could find your documentary. I just hope it went better than when you tried to be Jesus or Dean Pelton’s commercial or Jeff’s commercial. You kept the study group and audience together for the last five years. If you were a Game of Thrones character, you’d be The Breaker of the Fourth Wall. If it weren’t for your meta ways and shenanigans, Greendale would have just been City College. Or a CW show.

I barely got to know you and your duck cartoons. All I know is that publishers were interested and you had the Mary Poppins bag of rope. I feel like you punched my heart when I heard the news about Community. I just hope you were able to enjoy all the holidays and birthdays with your family. You deserve that much for working so hard in Dungeons and Dragons.

You’re my favorite pansexual furry. I lived vicariously through you every time you sexually harassed Jeff. You were an okay dean but an amazing rapper. I’d like to imagine you stormed into the study room wearing a Sandra Bullock astronaut costume announcing Greendale’s impending destruction. Hopefully Jeff held you and sang “Kiss From a Rose” as you died.

What will you miss most about Community?

GIFs via Giphy unless otherwise specified; featured photo via Facebook