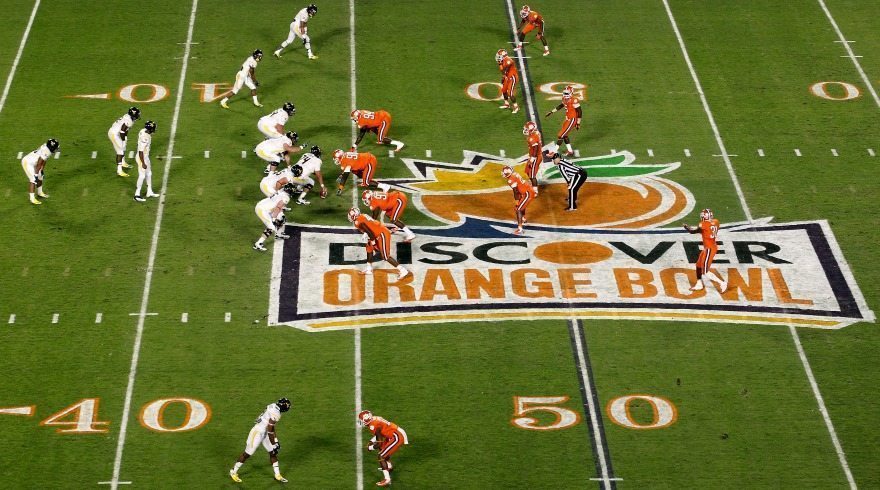 With championship week behind us and the Heisman set to be awarded this Saturday, that can only mean one thing: bowl season is just around the corner.  I think I speak for all sports fans when I say that bowl season is without a doubt one of the most exciting sporting events there is.  I’m talking about 35 bowl games in just 17 days–you can’t get much better than that.

The thing I love most about bowl season is that it gives these players an opportunity to play for a championship and earn the recognition they rightfully deserve.  All season long, these players battle week in and week out for a chance at immortality.  For those athletes who will go on to great careers in medicine, engineering and mathematics, this is the biggest game of their life.  For others, this may be their one opportunity to prove they have what it takes to make that transition to the next level.  The bowl season also provides college football programs across the country a chance to turn not only a season around but a program as well.  And let’s not forget the potential recruiting tool these games provide for future championship runs.

So regardless to what team you support, we can all appreciate and recognize the importance of bowl season.  While you may not be able to watch every single bowl game–for whatever reason that may be, we’ll forgive you–we’ve compiled our own top ten bowl games that are a must-see.  So make sure you’re close to a television or within arms reach of your phone when these games kickoff.

I absolutely love this matchup.  On one side, you have the USC Trojans who have been playing great football since the departure of Lane Kiffin earlier this season.  And on the other, you have a potent Fresno State team led by their all-star senior quarterback Derek Carr and one of the deepest receiving corps in the country.  It’ll be interesting to see how USC plays as it begins to transition into the Sarkinsion era at Southern Cal.

While you may find it surprising that a one-loss team is playing before New Year’s Day, you have to keep in mind who the Cardinals played this year.  Regardless, this will be an interesting game to watch.  Even though the Canes are without their star running back, Duke Johnson, expect Miami to come out fighting as they look to hand Teddy Bridgewater a rare loss in what could be his last game in college.  This will be a big measure as to whether Miami is back as a national force once again.  But keep an eye out for how Louisville responds after losing out on opportunity to play in their second straight BCS bowl.

I think one of the biggest concerns heading into this game is whether or not Oregon’s heart will be in it after failing to receive an at-large BCS bid.  The Ducks produced a 10-win season in which many analysts predicted they would win the national championship.  The high-powered Oregon offense will take on a strong Texas squad that put together eight wins this year after a rough 1-2 record to start the season.  Luckily for us, Marcus Mariota should be completely healed by the time these two battle it out in San Antonio.  It’ll be interesting to see if Case McCoy opens the throwing the ball in order to catch the Ducks’ defense off guard.

You had to have known I was going to include this game.  This is a very interesting matchup as Johnny Manziel plays in what may end up being his last collegiate game against perhaps the biggest surprise of the entire season, Duke.  We all know what Johnny can do, and we can expect a fantastic performance, but the matchup to pay close attention to is how the Aggies defense fair against a surprisingly strong Duke offense.  Mind you, defense has been the achilles heel for the Aggies all season long.

No matter what year it may be, this bowl is always a must-see, and this year is no different.  Wisconsin’s high-powered rushing attack led by Melvin Gordon and James White will have their work cut out for them as they go up against a tenacious Carolina defense headlined by Chaz Sutton and of course, Jadeveon Clowney.  Let’s not forget about the Badgers physical defense as they look to shut down one of the most underrated quarterbacks in the nation in Connor Shaw.