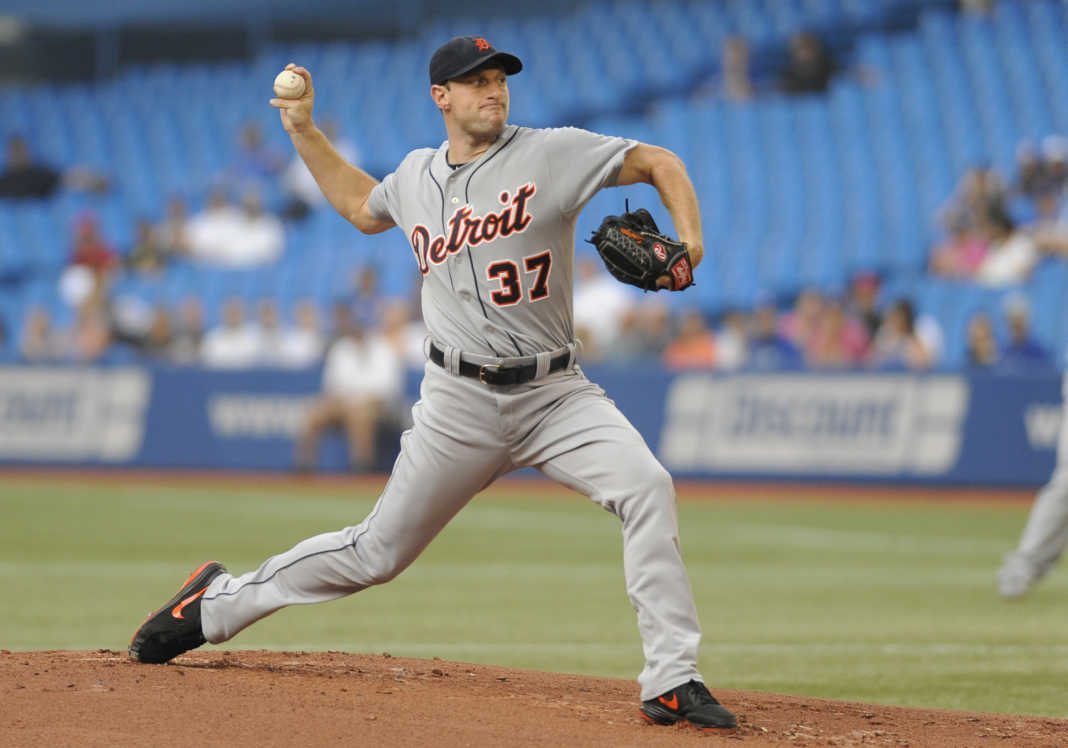 With the NBA and NHL seasons behind us, we shift our attention to the baseball diamond as we prepare for a summer full of walk-off home runs and eye opening catches.  It seems as though every season there is always one pitcher who grabs national headlines.  This year, it’s the Tigers’ Max Scherzer.  On Wednesday, Scherzer took the mound looking to become the first pitcher in nearly 30 years to start a season 13-0 as the Tigers faced off with World Series hopeful Blue Jays.

Another one of Major League Baseball’s biggest surprises this year is most certainly the Pittsburgh Pirates. On Friday, the Bucs looked to take control of the NL Central as they traveled to Wrigley Field to take on the struggling Cubs.

After Albert Pujols fled St. Louis for the sandy beaches of Southern California, many people, including myself, thought the Cardinals would experience a bit of dip this season.  Little did we know, the Cards picked up right where they left off, and find themselves in the hunt another World Series title.  The Cards faced off against the Marlins on Sunday in Busch Stadium as Lance Lynn looked to earn his 11th victory of the season.

Changing gears, we shift our attention to the All England Club in Wimbledon, where a Scot sought to end a 77-year-old drought.  A year ago, Andy Murray just fell short of ending a curse that has plagued Britain for nearly a century.  On Sunday, Murray faced off against no. 1-seed Novak Djokovic for a shot at redemption, not only for himself, but for his country as well. 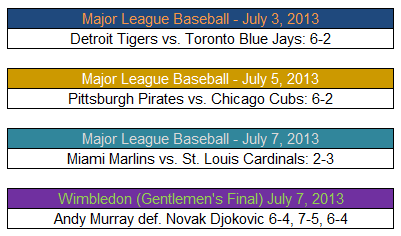 Andy Murray outlasts Novak Djokovic in one of their better rallies to move one point away from winning the title. Then, with the championship on the line, Murray finally reaches the mountain top to earn his second career Grand Slam title, thus ending Britain’s 77-year-old Wimbledon drought. Even he couldn’t believe it!

Can we see that again?

What was your favorite moment in college sports this week?