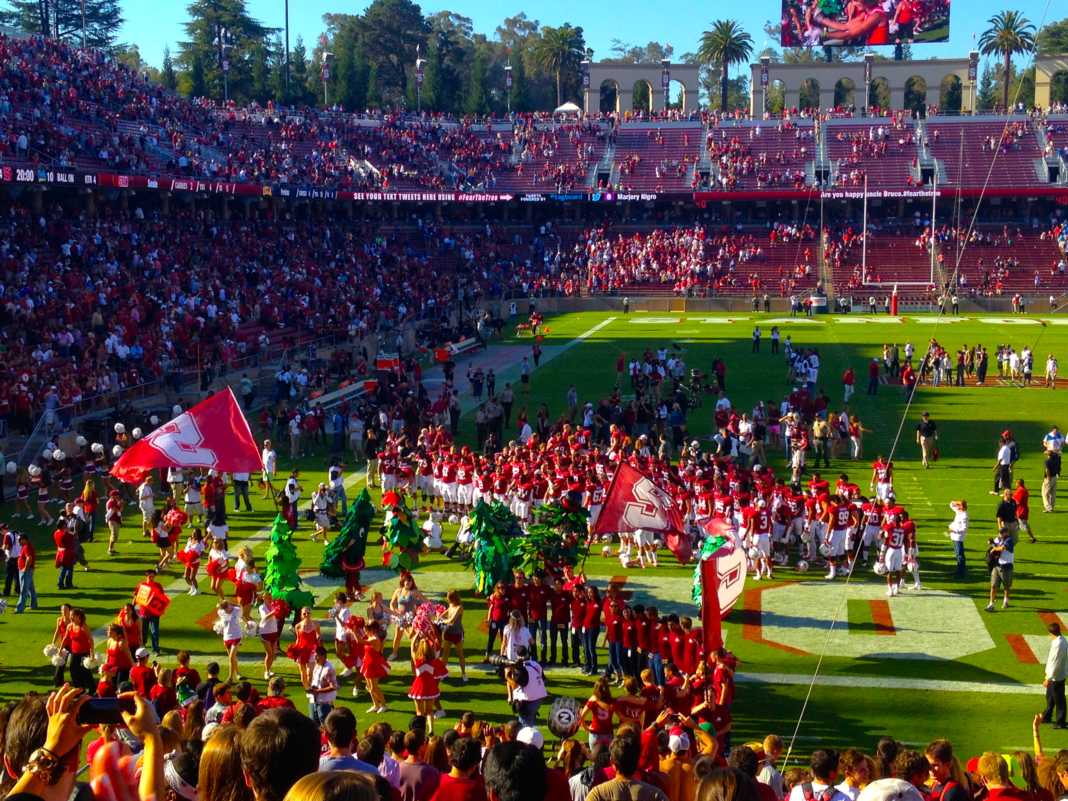 Get to Know Stanford University

Cat Davidson is one of CampusRiot’s Stanford University campus representatives.

Located in the San Francisco Bay Area’s Silicon Valley, Stanford University is home to about 7000 undergraduate students and around 8000 graduate students. Stanford is generally known for stellar academics, computer scientists, and 70-degree winters, but there are a lot more parts to this picture. 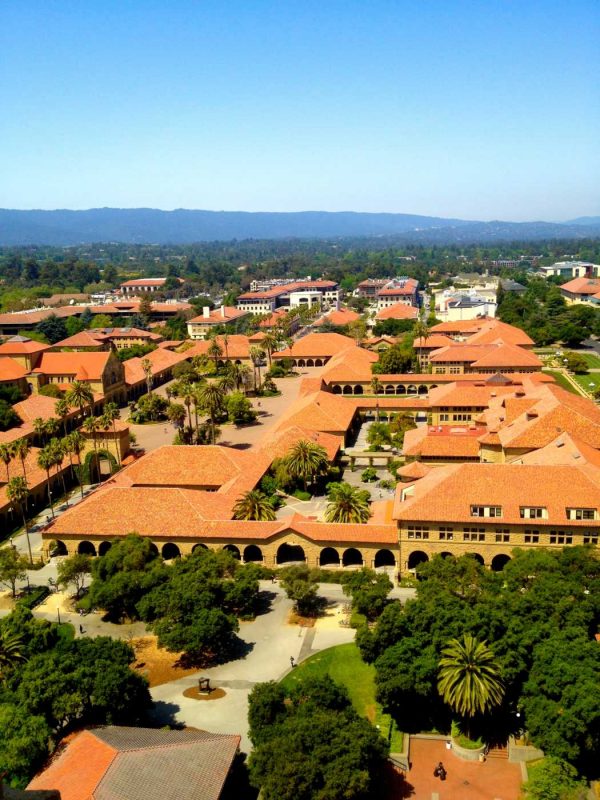 Stanford’s location in East Bay puts it within walking distance of downtown Palo Alto and a quick Caltrain ride or drive into San Francisco, other Bay cities, and some great beaches. Its location east of the Santa Cruz mountains keeps out the dense fog that the rest of SF is known for (and covers our rival school on the other side of the bay–UC Berkeley). With an 8,180-acre campus (one of the largest in the country), Stanford is definitely a bike campus, though the centers of student life is concentrated towards the middle of campus. 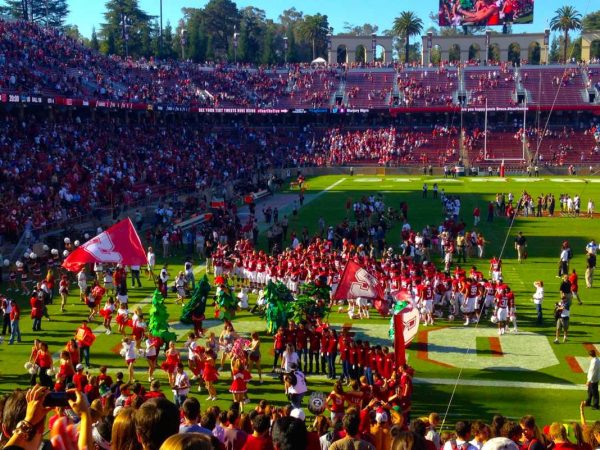 Stanford is unique in that it is probably the only top-notch academic school that also has a top-notch athletic program. Students are proud of this; affectionately calling themselves “Nerd Nation”. As a member of the PAC-12 conference, athletics are Stanford’s pride and joy. While probably best known for its football team, who has competed in the Rose Bowl championship the last two years, all of its athletic teams are extremely accomplished and win NCAA championships left and right. Look out for Stanford men’s and women’s basketball teams competing in the March Madness tournaments this month!

What also sets Stanford apart is that athletes are completely integrated with other students on campus, with no special athletic dormitories, so it’s nothing but typical when you run into the star receiver who just got drafted to an NFL team in your dorm’s dining hall. This helps to create a really unique, unpretentious dynamic that other big-time sports schools lack, which only contributes to Stanford’s immense school pride and spirit.

Though probably best known for its computer science program, Stanford is extremely well-rounded academically and prides itself on being to home to both “fuzzies” and “techies” (that is, humanities-oriented and science-oriented folks alike). With world-renowned professors, amazing course options, and small class sizes, no matter what your interests are Stanford has a killer academic apartment and opportunities for you. 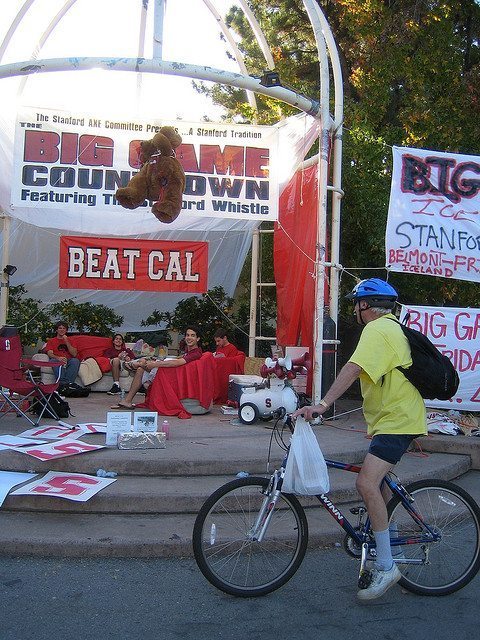 And while Stanford really is “Nerd Nation” and works hard, students also know how to play hard. With our “Red Zone” spirited student sections (a glimpse of this pictured above during “Big Game” week leading up to the football game against UC Berkeley, our archrival), concerts, fountain-hopping, club events, and fraternity parties, you don’t even have to leave campus to find a good time.

For more low-key events: Campus theater, improv, and acapella groups are always putting on shows. Students frequently put their artwork on display (or you can look at the work of great professionals at the Cantor Arts Center on campus). It’s even fun to chill with a cup of coffee at open mic nights at CoHo and hear the unlimited supply of talented musicians on campus. (P.S.–everything on campus is abbreviated: CoHo, MemChu, FroSoCo, Flo Mo… The list goes on. You pick up lingo soon enough!) 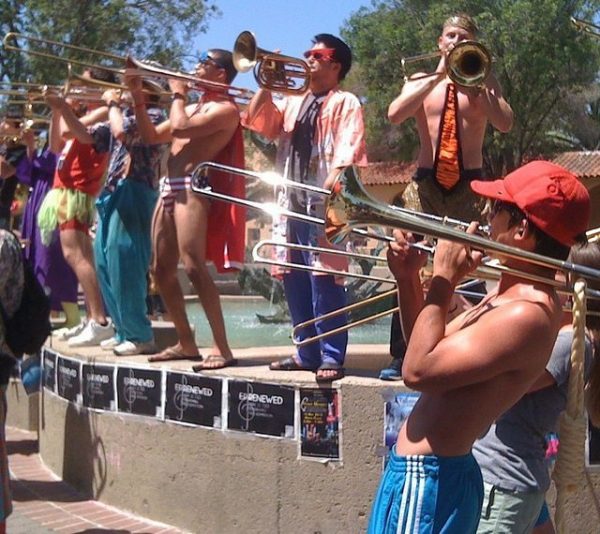 Our unconventional and silly Leland Stanford Junior University Marching Band is a testament to the fact that Stanford students are all about having fun and creating a joyful community. At Stanford, you are surrounded by so many incredibly talented and important people, which can be overwhelming, but at the end of the day Stanford is a really special, tight-knit bunch.

The California laid-back lifestyle carries over into Stanford. Unlike schools of similar academic prowess, Stanford students are not at each other’s throats in competition–rather, they’re helping each other out on tough problem sets and collaborating on projects. Furthermore, what with dorm bonding trips to Lake Tahoe, fountain-hopping adventures, and dorm rivalry events, the university makes an effort to bring people together, and it really shows.

Stanford is beautiful–in all senses of the word!

What did you learn that surprised you about Stanford?