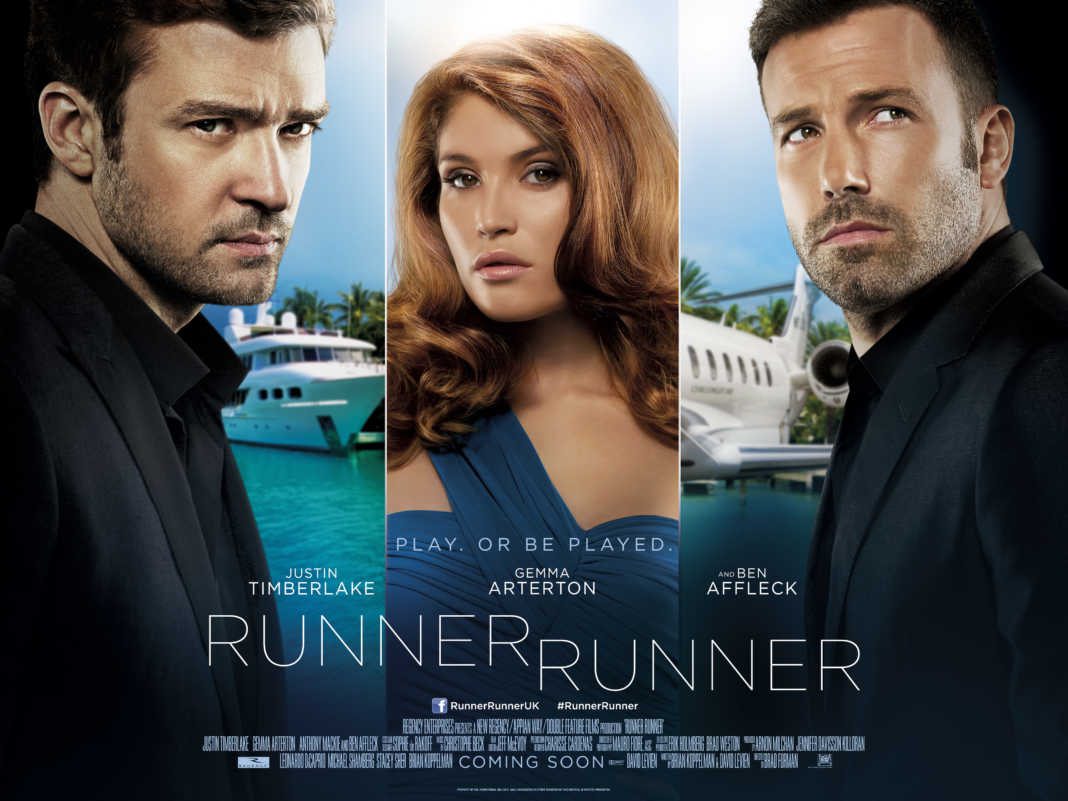 A GIF Reaction to “Runner, Runner” [AKA a Love Letter to JT’s Face]

Don’t ask me to decide if I like Justin Timberlake better as an actor or a musician. Please. I am not emotionally stable enough for questions like that. When JT took a break from singing to pursue acting, I was fine with it. As everyone knows, I think The Social Network is an amazing film. I preferred Friends with Benefits to No Strings Attached. I’m a big fan of JT the actor. So despite not knowing anything about Runner, Runner except that Justin Timberlake and Ben Affleck were in it, I went to see it with enthusiasm. Because, well, Justin Timberlake was in it.

It is not often that I go into a movie knowing literally nothing about it. But this was one of those rare occasions. Runner, Runner wasn’t the worst movie I have seen, but it also wasn’t the best. It was pretty funny in parts, which I was surprised about, but I also thought the talent of the cast was washed out a bit by it trying a little to hard to be a thriller. So instead of really doing a review of the movie, I decided that it would be better if I just explained the experience as a whole. Through GIFs.

So first, I found out I could go see an advance screening of “that new Justin Timberlake movie”

I haven’t been to a movie in a while, so I was a little overwhelmed

Should I get snacks?

Then the movie starts and I’m like “oh, okay, so it’s about gambling.”

Wait is that Jean-Ralphio?!

After the Jean-Ralphio shock wears off, I focus on the important things: Justin Timberlake’s face

and also the story line, but mostly his face

Finally, Ben Affleck with stubble and charisma shows up on screen

It’s actually a serious concern for most of the movie.

The pace is picking up, and things are starting to get exciting.

But it is about gambling, and Ben Affleck has loads of money and Justin Timberlake starts getting tons of money and since Jean-Ralphio was there in beginning all I can think about is

Then, there is one all too brief moment where JT is shirtless. For a second.

But, like all good things in life the moment was all too fleeting.

I do Justin. I really really do.

Ultimately, I would say Runner, Runner is worth a watch

It is relatively clever and is surprisingly funny. Just remember though, you might get too distracted to remember how it ends.

That. That is what I am talking about.

Are you going to see Runner, Runner?