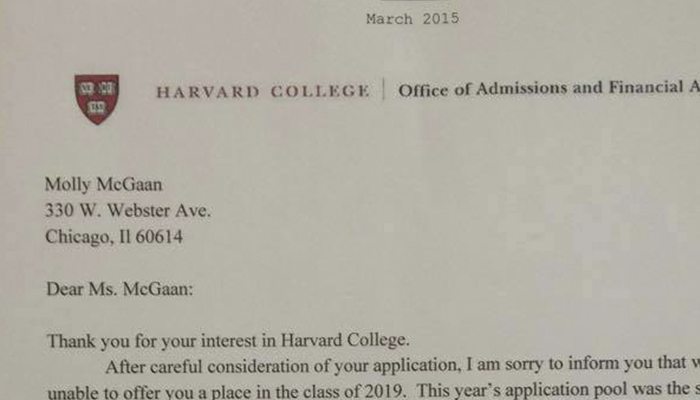 LOL: College Rejection Letter Is Everything

Every one in a while, the Internet produces something so amazing, so funny, so all of us, that we can’t help but get a little giddy when we share it with all of you. Case in point? This amazing Harvard rejection letter.

The letter is hard to describe, so we’re just going to let you take a gander and read it for yourself. 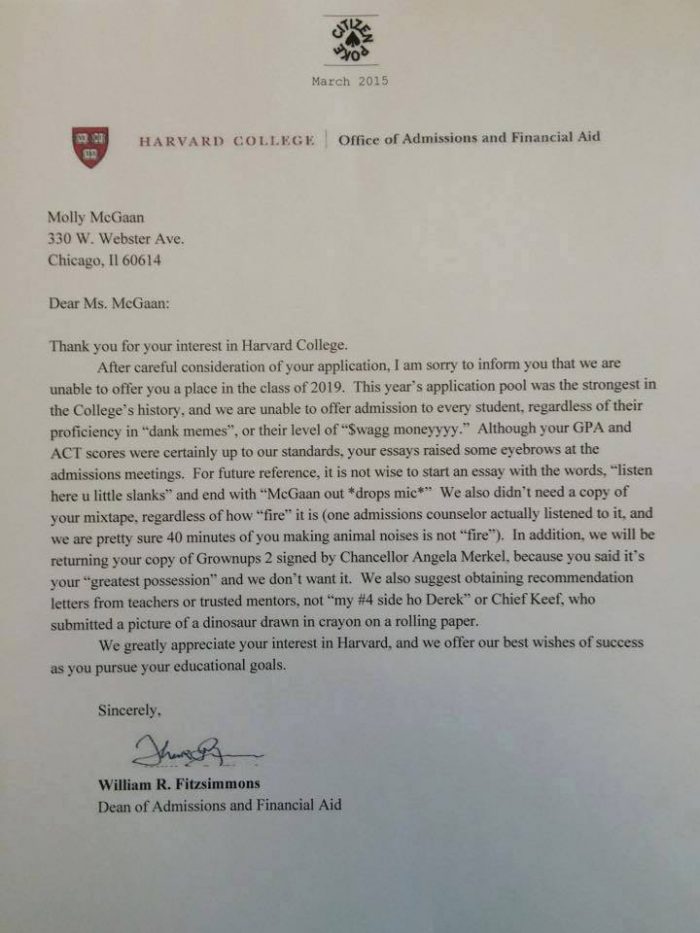 The letter has going around the interwebs all day, because, well it’s awesome. It first appeared on Reddit, before going to BuzzFeed. Unfortunately, however, it is indeed fake. You see, the top of the image actually has a Citizen Poke watermark on it. Citizen Poke is Francis W. Parker High School’s humor publication. Molly Alice McGaan is actually a real person, and confirmed on her Facebook that the letter was fake.

As fake as it clearly is, many people on the interwebs seem to think it’s very, very real. Even though, again, it’s clearly watermarked and again, McGaan said it was fake. “I would have accepted her based solely on the fact that it provided entertainment to my day of crushing the dreams of the kids who would do anything to get into that school,” one Redditor commented.

But really though, it’s fake.

What do you think of think Harvard rejection letter?