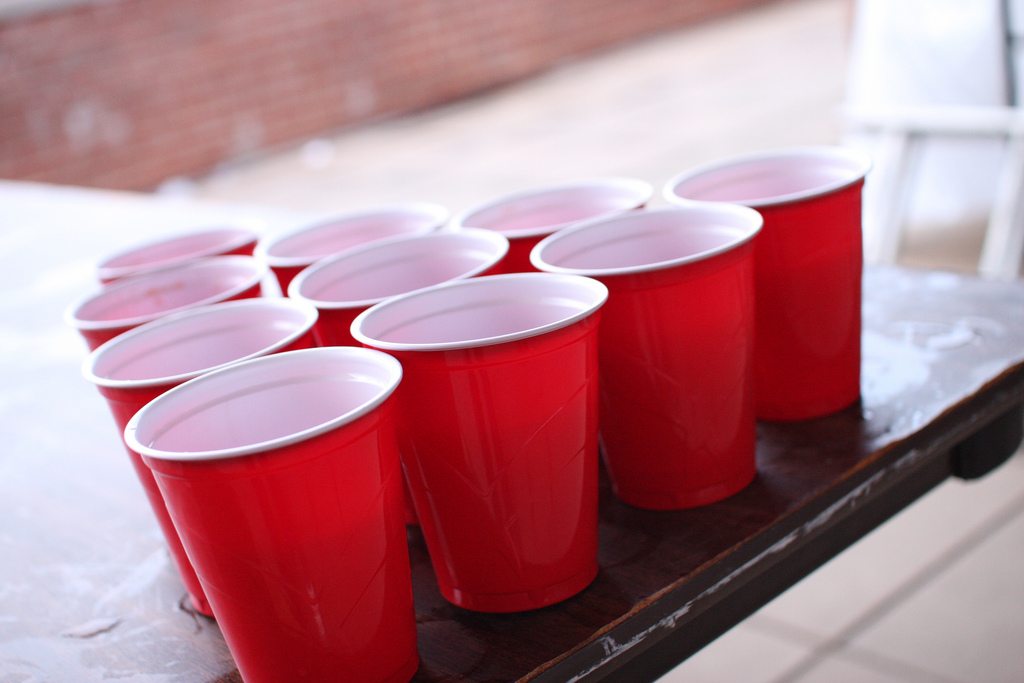 How to Play Beer Pong (a.k.a. Beirut)

Beer Pong is the classic college drinking game. No Frat/house/dorm party is complete without a few rounds of it. The great thing about learning how to play Beer Pong is that it is easily modifiable for any player’s level, as well as the number of players.

If you are new to the simple game, here is a guide to learn how to play beer pong. But a word of advice to someone who’s yet to realize his/her tolerance level: remember to drink responsibly.

What you need to play Beer Pong:

How to play Beer Pong:

The object of the game is to throw the ping pong ball into the cups at the opposing end of the table. If you make it into your opponent’s cup, they have to drink that cup of beer, and vice versa. Both teams will play until the losing team drinks their last cup of beer. The cups of water are meant to rinse the ping pong balls if they end up on the floor instead of the cup or table.

When you re-rack your cups in Beer Pong, you are rearranging them to make the perfect triangle again. Depending on the rules, people either re-rack after each round or re-rack when there are only 3 cups left. Your choice.

Game styles can vary by the number of cups, types of shots allowed, and how cups are set up. The most popular variation is only allowing players to bounce the ball rather than throw it into the cup.