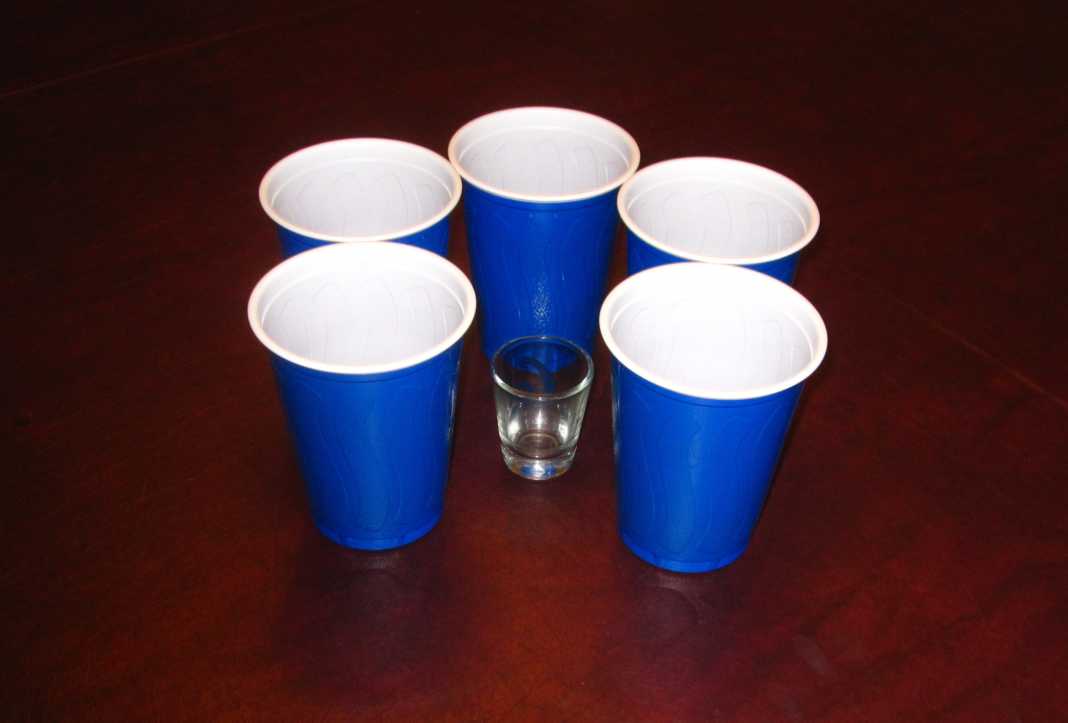 How to Play Chandelier

Chandelier is a game that is basically a combination of quarters and flip cup.  As a drinking game, it’s a great way to start since people are almost guaranteed to have to drink although since there is no real “winner” the game loses its luster the longer it goes on.  Nevertheless, it’s still a fun game. Keep on reading to learn how to play Chandelier!

*To play flip cup, everyone chugs the contents of the cup as fast as possible.  When the cup is empty, place it on the edge of the table/counter (right side up) and try to tap the bottom of the the cup so that the cup flips over and lands upside down.  If the cup does not land upside down, place it right side up again and repeat until the cup is flipped upside down.  The last person to flip their cup over loses.

The loser of flip cup must must drink a shot and the game continues as before with the next player bouncing the ball at the cups.

I recommend using the water cup to clean off the ball between bounces as people do in beer pong.  Even if the table looks clean, it’s surprising how much grime and muck accumulates on the ball.

There is no official end to the game.  As long as their are drinks and people willing to play, the game continues.  Cheers!

Do you have any extra tips on how to play Chandelier? Let us know in the comments below!