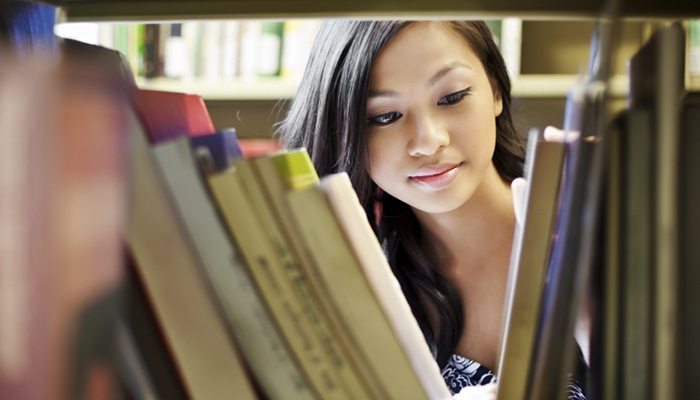 Have you heard of the name: Kendra Sunderland? We bet you have. If you haven’t, well, let us give you a little information about this 19-year-old.

In case you’re getting the filthy idea to try this at your school, read on… Sunderland was arrested and could be fined up to $6,250 and face a year in jail. “The University does not condone this type of behavior,” said the school’s spokesman Steve Clark. “We want our students to feel safe. And we want to encourage anyone on campus – even the public – to contact police immediately if they see anything unusual on campus. Call 911 if it’s an emergency.”

Sunderland is no longer a student at the University, obviously. She was enrolled however, during the filming of her short film.

This brings a lot of questions to our minds of course, like: Why was a school library that empty for that long of a time? Did anyone disinfect the desk she was sitting at? Was she sitting in the romance section?

Anyway, we can’t begin to tell you how terrible it is for someone to do this in a college library. It’s neither sexy or cool, it’s pathetic. Now, if this was in the Student Cafe, well, that would be a whole different story.

Did you hear about Kendra Sunderland’s scandal?