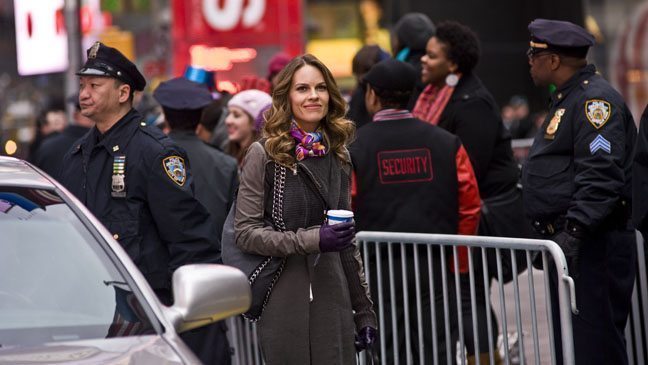 7 Lessons For The New Year, As Told By ‘New Year’s Eve’

In 2011, the New Year’s Eve movie came out.  It is basically the same as Valentine’s Day, and features a cast of insanely famous people who all belong to different story lines that are either somehow intertwined or all just taking place at the same time. Basically, whoever your favorite celebrity is, they were in this movie in some capacity.

Since this movie is mostly a gimmick to get people out to the theaters, it is pretty easy to write it off as being dumb.  But you know what, there are some life lessons to be found in there, and we’ve picked out a few of them to share with you.  The major themes of the movie are love, second chances, hope, and forgiveness, and these are the perfect themes to have in mind as we enter the new year.  Also, there are a lot of really pretty people in this movie, and it is totally worth it just for the eye candy.  So if something about NYE is getting you down, just keep these quotes in mind and try to make the best of it:

So this one is less about the quote, and more about the situation.  Abigail Breslin is pissed that her mom (Sarah Jessica Parker) won’t let her run around Manhattan on New Year’s Eve, so she proceeds to flash her in public, to which SJP responds “This is not girls gone wild.”  Moral of the story, no matter how much you drink on New Year’s Eve, please keep your clothes on, even if you are trying to make a point.  That is a cute bra though.

2. “Be strong. Hold your ground. But don’t look into his eyes because they’re beautiful.”

This gem is aimed at Katherine Heigel when she is maybe contemplating taking Bon Jovi back after he ditched her to go on tour.  If you are going to be around an ex that you are really mad at as midnight gets closer, don’t fall into his charming little trap, stay strong girl.  New year, new man.  Don’t let the cheap champagne get the best of you.

3. “Isn’t it obvious? I mean, New Year’s is the worst night of all to go out. It’s total amateur night. People who don’t drink or go nuts all year suddenly go all Kanye on you. It’s like a war zone out there.” 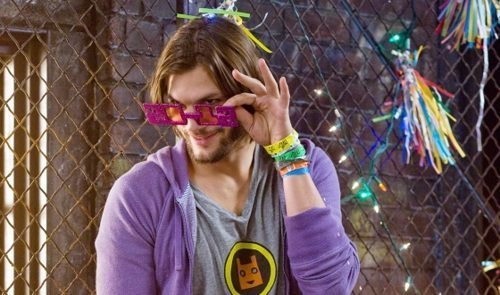 This is the truest of all truths.  If you have the choice between a house party and a party at a bigger venue, like a bar or club, I would suggest carrying out your NYE shenanigans at a house party.  Your odds of knowing most of the people there are increased, and your drunkest night of the year is not a night when you want to be in a club full of randos who are lurking around and seeking out a midnight kiss victim.  Also, if you are going to drink to the point of passing out, you might be better off doing so in a house instead of on a train or in a club restroom.  Safety first people.

4. “Because you’re just some wanna be hipster who judges everything because you’re too scared to take a chance on anything. And…and you know my guess is that this whole hatred for New Year’s comes from just some boring as hell prom queen who broke you heart on New Year’s Eve in high school. So, am I close?” 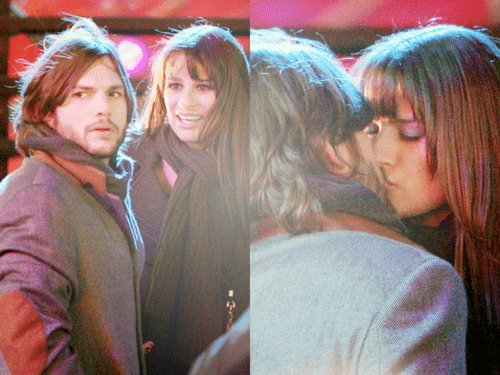 Sure, New Year’s Eve, and life in general, doesn’t always work out how you planned, but that is no reason to be a Debbie Downer.  Just because you had a crappy NYE one year doesn’t mean every year will be the same, unless you let your self get all bitter and mean, because then you will perpetuate your own cycle of horrible nights.  If you are willing to take the chance, December 31st is the perfect night to put the past behind you and try see things in a more positive light.

But actually, New Year’s really is all about the dress.  Allllll about the dress.  And heck, don’t worry about what other people will think about it, or how perky it makes your butt look, pick whatever dress makes you feel the most fabulous.  But if a super perky butt does make you feel fabulous, then by all means, go for that dress.  As long as it is sparkly.  A NYE dress should shine.

6. “And as you all can see, the ball has stopped half way to its perch. It’s suspended there to remind us before we pop the champagne and celebrate the new year, to stop, and reflect on the year that has gone by, to remember both our triumphs and our missteps, our promises made and broken, the times we opened ourselves up to great adventures… or closed ourselves down for fear of getting hurt, because that’s what new year’s all about , getting another chance, a chance to forgive. to do better, to do more, to give more, to love more, and to stop worrying about what if… and start embracing what will be. So when that ball drops at midnight, and it will drop, let’s remember to be nice to each other, kind to each other, and not just tonight but all year long.”

Obviously they give Hilary Swank the best quote of the movie, it is only fair I suppose.  This is the speech her character, who is in charge of the Times Square event, delivers when the ball gets stuck dangerously close to midnight.  It covers pretty much all of the bases, and hits on most of the emotions everyone feels at some point as each year ends. I think the big takeaway from the speech is that taking chances and forgiving people are things we should try to do all year long, not just the one night we may be feeling sad or lonely.

7. “Sometimes it feels like there are so many things in this world we can’t control. Earthquakes, floods, reality shows… But it’s important to remember the things that we can. Like forgiveness, second chances, fresh starts… Because the one thing that turns the world from the longing place to a beautiful place… is love. Love and any of its forms. Love gives us hope… Hope for the New Year. That’s what New Year’s Eve is to me. Hope and a great party!” 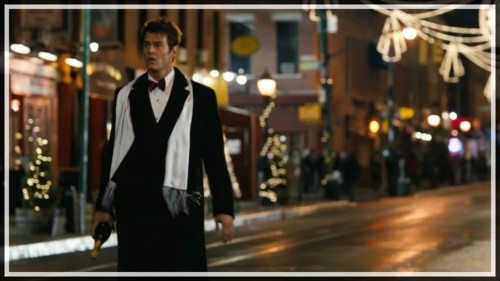 The truest of truths.  As lame as it seems, a little bit of love and hope can go a long way.

Bonus: Maybe not a bonus actually, depending on how you look at it.  I just can’t help myself, I would have too much regret in the new year if I didn’t include this GIF of the most awkward moment in the movie.  Sorry about it.

Did New Year’s Eve Inspire you to make any resolutions?