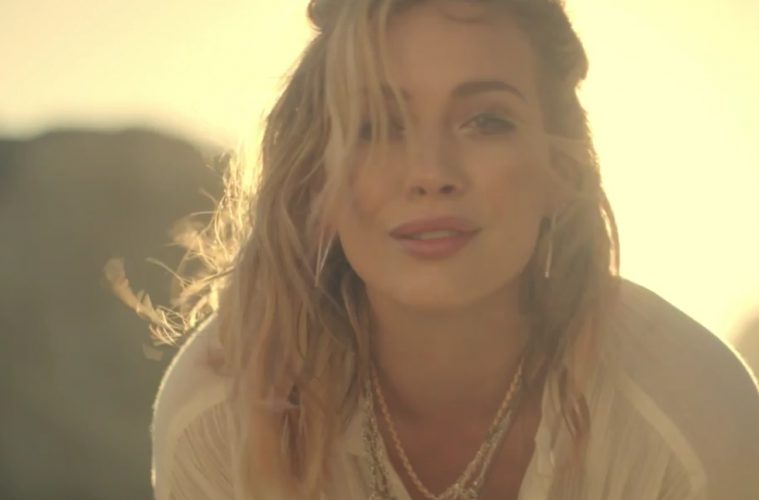 No Longer ‘So Yesterday’: Hilary Duff Makes a Comeback

It’s been way, way too long since our favorite Disney Channel starlet has released new music for us to skip around to, but the day has come and Hilary Duff fans everywhere can unite and celebrate.

Here at SC we are fans of anything nostalgic, so when a prized millennium actress and singer announces that she is making a comeback we immediately hop on board and throw our hands in the air. Less than 24 hours have passed since Hilary has released the music video for her new single Chasing the Sun and we already have the lyrics memorized. It is the sweet summer tune that we were all yearning for.

And totally gets the stuck-in-the-office blues.

While we renewed our Hilary Duff fan club memberships we started to recall all of our favorite Hil moments, and got a little choked up over her wonderful transformation. We are all about a comeback and can’t wait to see what is in store next for our favorite Disney Channel blondie. Here is the evolution of the Duffster in the eyes of SC.

Let us rewind to 2001 when the Disney Channel had a stroke of genius and made Hilary Duff the star of their new TV series, Lizzie McGuire. Preteen girls everywhere anxiously waited for new episodes of the klutzy and quirky middle schooler to grace their TV screen and wished they had their own Digital Bean to meet their friends at for smoothies to discuss every detail of the latest episode. I think all of us Lizzie McGuire fanatics can agree that we learned some of the greatest life lessons from Lizzie such as:

You can have a closet full of clothes, yet nothing to wear

It is very important to invest in a solid hair crimper

We all aren’t cut out to be cheerleaders

And best friends make the world go ’round. Especially ones with killer hair.

Even though we all worshipped Hilary, she was the complete envy of every preteen girl while starring on Lizzie McGuire. I mean she got to:

If you try telling me you didn’t practice this in your mirror with a hairbrush you are a LIAR.

Dance through school hallways with her BFF and get away with it:

Perform in a music video with THE Aaron Carter:

She even was lucky enough to SMOOCH him under the mistletoe.

It’s also important to note that not only did Hilary get to smooch Aaron Carter ON screen, but the two dated for a while after the show. She eventually dumped the Backstreet Boy’s baby bro, and he still doesn’t seem to be over the heartbreak. Of course Hilary didn’t have time to mourn the loss of those baby blue eyes because she was off filming the greatest piece of cinematic history, the Lizzie McGuire Movie.

She flew to Italy with her BFF Gordo (WHERE was Miranda?!)

Sang at the colosseum

And absolutely SLAYED that lying, conniving, and impossibly cute boy Paolo that tried to embarrass our girl Hil.

Of course Hilary had a few other shining feature films such as Cadet Kelly, Cheaper By the Dozen and a Cinderella Story. In Cadet Kelly she taught us that:

But it is still okay to try and accessorize while there.

Especially if there is a cute boy around.

Made us all envious of her silver star flip phone

And every girl SWORE “I’ll Be” by Edwin McCain would be their wedding song because of this scene.

In Cheaper By the Dozen she basically just confirmed all of our feelings on physical activity.

But let us switch gears to the pride and joy of all Hilary Duff fans: her music. Most people just know her as the girl who recorded the Laguna Beach theme song, but the real fans, the dedicated bunch, know of the real gems.

And that true rockstars wake up at night. Not in the morning.

And who could forget when she taught us the BEST way to get back at an ex-boyfriend?

Sadly Hilary took a few years off from acting and singing to become the CUTEST mom in the ENTIRE world.

And to, ya know, take selfies.

Are you excited for Hilary Duff’s comeback?