This week on Mascot Monday: the University of Central Florida Knights. 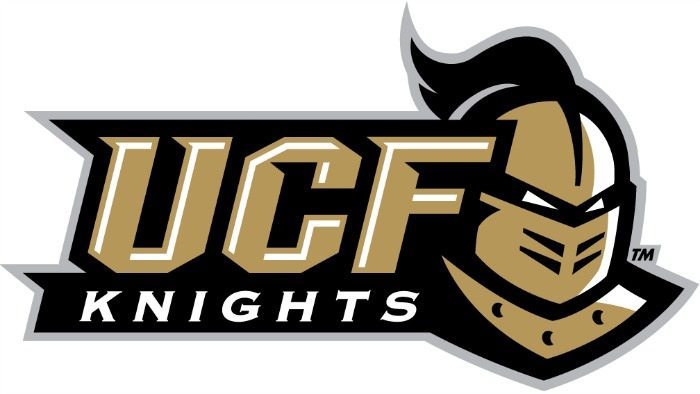 I was shocked to learn that we haven’t featured UCF’s Knightro until now.  We apologize to the UCF community for going so long without recognizing this truly awesome college mascot and his unwavering awesomeness.  It’s hard to argue that Knightro shouldn’t be considered one of the coolest mascots in the entire country.  You have to admit, knights are pretty badass.  I mean, who didn’t imagine what it would be like to be a knight growing up?  (Notice how no one around you is raising their hand.) But before we get into Knightro, let’s take a look at the history of the Knights.

According to the Knights’ Wikipedia page, UCF’s sports teams were originally referred to as the “Knights of the Pegasus” since their first competitions in 1970.  The university changed the name to the “Golden Knights” in 1993 to solve less than stellar merchandise sales.  Interestingly enough, UCF actually has two mascots.  While Knightro is the official mascot of the university’s athletic programs, Pegasus, a white Andalusian stallion, is the official mascot and symbol of the university.

When it comes to the Knights’ logo, there are a lot of good things going on.  First of all, I’m a huge fan of the color scheme.  Anytime you pair gold and black together you know you can’t go wrong, and the small accents of white provide a strong contrast.  The second thing I’m digging about UCF’s logo is the design.  The sharp edges give the logo a modern feel and I really like the “UCF Knights” at the bottom of the logo.  But the best part has got to be the sword, without a doubt.  It’s badass and you can’t get much better.  Besides, what knight doesn’t have a sword?

But the biggest UCF supporter on campus is definitely Knightro.  The university’s mascot made its debut in 1994 and is currently operated by the Team Knightro Mascot Squad, which consists of 3-5 students who attend all UCF athletic events and other special events in costume.  Knightro is one of the coolest mascots out there.  There are a lot of reasons why we love him so much but the biggest one has got to be his school spirit.  He can always be found at any Knights sporting event with his shield and sword.  Knightro is the perfect representation of strength and resiliency and UCF could not have picked a better mascot to represent their university.

What do you think of the UCF Knights?