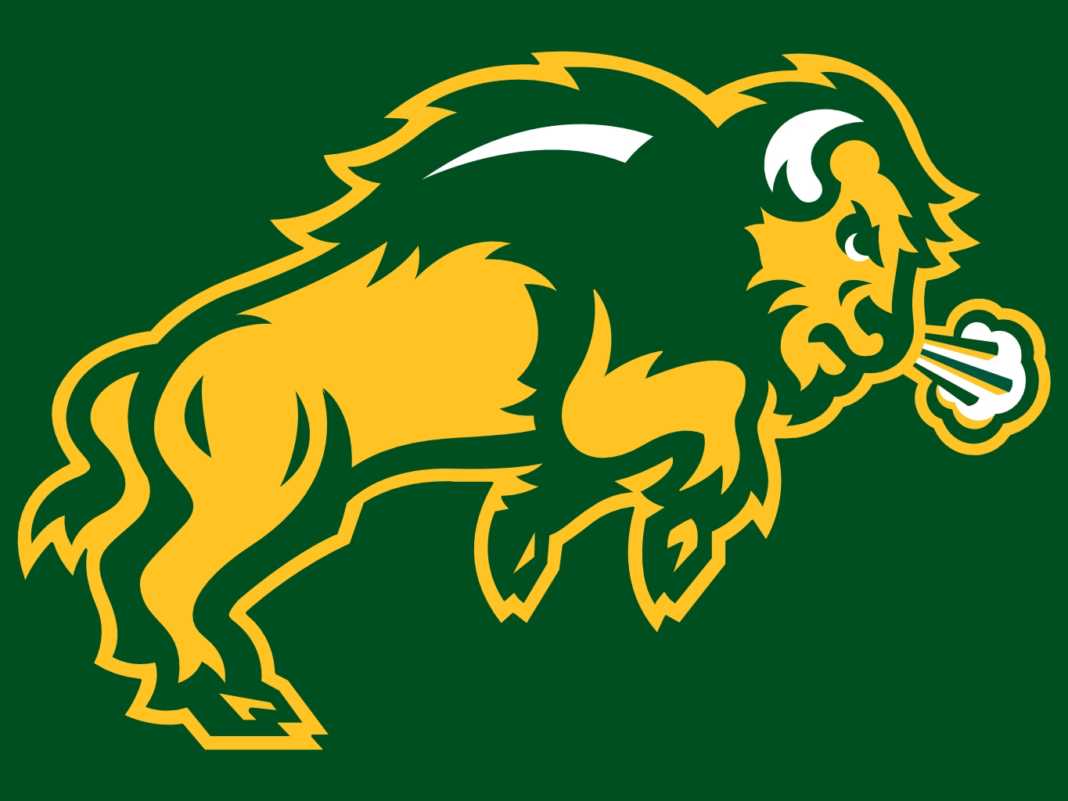 According to the university’s athletics website, North Dakota has had a variety of different mascot through the years. North Dakota State was originally referred to as the “Farmers” in the 1890’s.  However, fans and university officials were clearly not receptive of the nickname as the university changed its mascot to the “Aggies” in the early 1900’s.  Yet again, the name received heavy criticism, only this time from head football coach, Stan Borleske, in 1919.  Coach Borleske and members of his team wanted a name that represented the strength and power of their football program.  So naturally, “Bison” was a perfect fit considering the animal’s strength and presence throughout the North Dakota plains.  It was a match made in mascot heaven.

Let’s get one thing straight, the Bison logo could not be any more perfect.  The design is simply awesome and totally scary all at the same time –the perfect combination for a college logo.  The expression on it’s face demonstrates power, intimidation, and strength, qualities commonly associated with the North Dakota State football team.   I must add, I love that they incorporated the school colors into the logo, a huge upgrade from the university’s older emblem.  I just think that adding the colors to the logo truly ties it in to the university.  Otherwise, people may mistaken the logo for something else.  Especially when the university’s name is no where to be seen.

It doesn’t matter which sporting event you attend, whether it’s basketball, football, or baseball, one thing remains constant: North Dakota State’s mascot.  To be honest, Thundar is much more than just a mascot, he has become a symbol for one of college football’s powerhouse programs.  It’s easy to see why Thunder is so loved by students and fans throughout the community.  Thundar’s excitement, enthusiasm, and school spirit  is a huge proponent to the college game day experience in Fargo and an even bigger force behind North Dakota State’s rowdy fans.  Quick side note, if you ever find yourself in Fargo during the fall–hey, it could happen–go check out a game at the Fargodome.  However, when you’re cheering on the Bison, make sure you pronounce it with a “z” instead of an “s”.  Don’t ask why, it’s just how they do things in Fargo!

What do you think of the North Dakota State Bison?