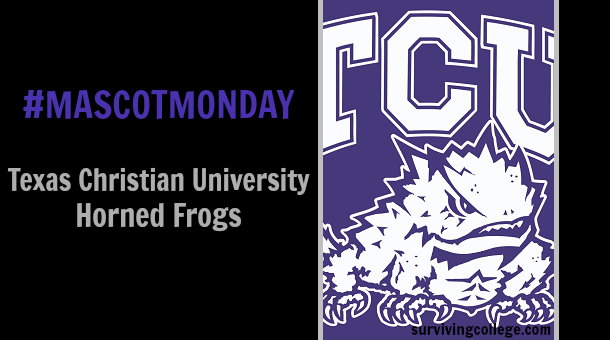 This week on Mascot Monday: The Texas Christian Horned Frogs 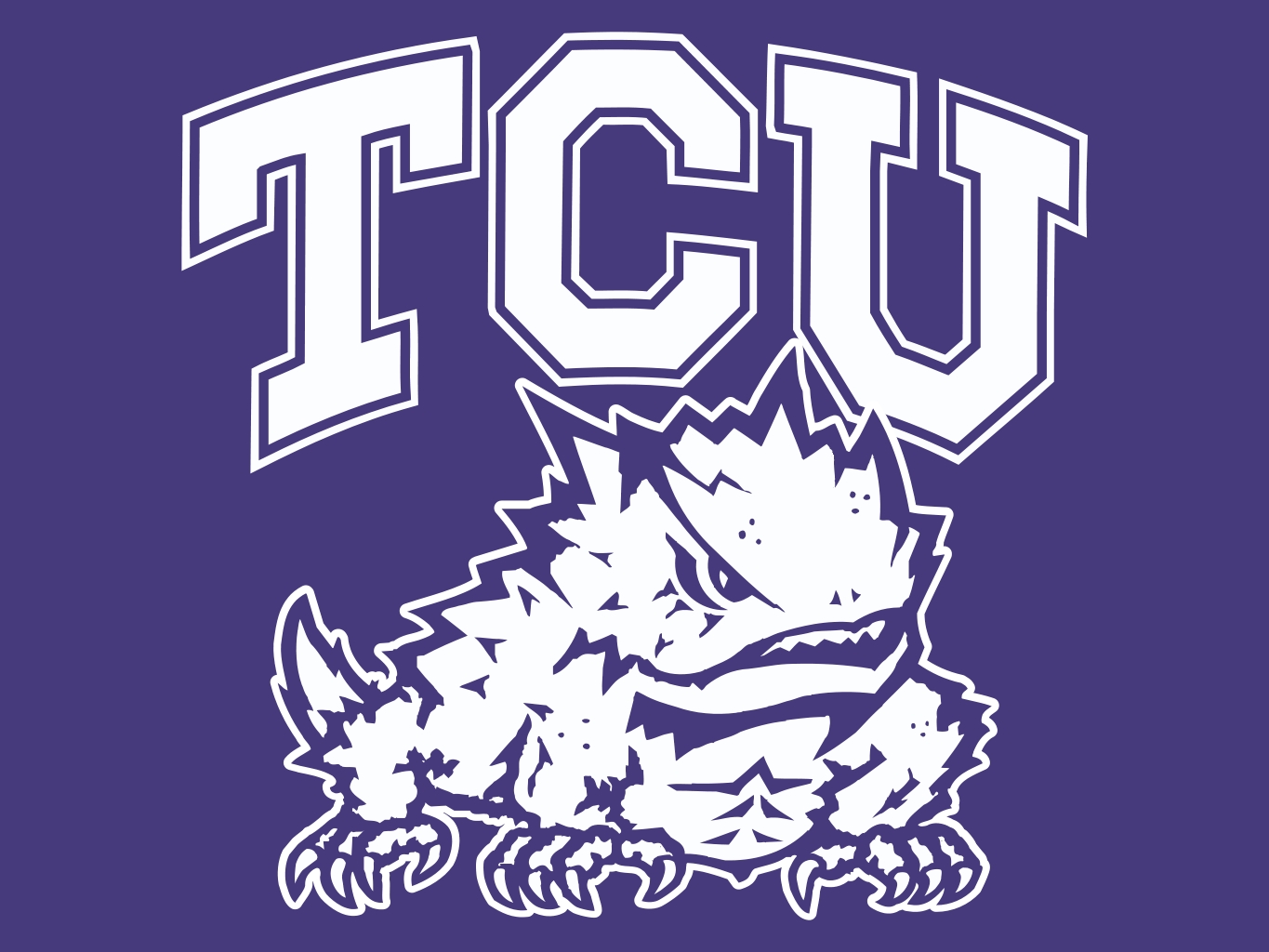 This week we were unsure of what mascot we wanted to feature. That is, until we saw the Texas Christian Horned Frogs. Their mascot, Super Frog, is nothing short of epic. Why? Because in a world of bulldogs, tigers, and eagles, what is more unique than a horned frog? Texas Christian University has been loyal to this spiky amphibian for more than just years and decades – the horned frog has been a symbol of the school for nearly 150 years! That’s quite the history! (Damn, Super Frog is old…) According to Wikipedia:

The Horned Frog first appeared in 1897 on the cover of the first AddRan yearbook. By 1915, the mascot made its way onto the first TCU seal. During the post-WWII years, the Horned Frog Mascot was embraced in costume, on stationery, class rings and the band’s bass drum. In 1979 the mascot was renamed from Addy the All-American Frog to Super Frog.

When it comes to college sports, loyalty is key. We’re glad TCU athletics is setting an example. And we’re even more glad that said example includes one totally fierce-looking logo. 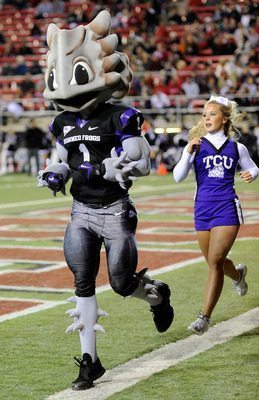 You know what else we love? Take a good look at Super Frog. Just try to tell us he doesn’t look like a Pokemon. The eyes, the spikes, the muscular build – he could pass for Geodude’s cousin. Now that is one badass mascot. Here’s looking at you, Texas Christian University!

What do you think of the Texas Christian Horned Frogs?