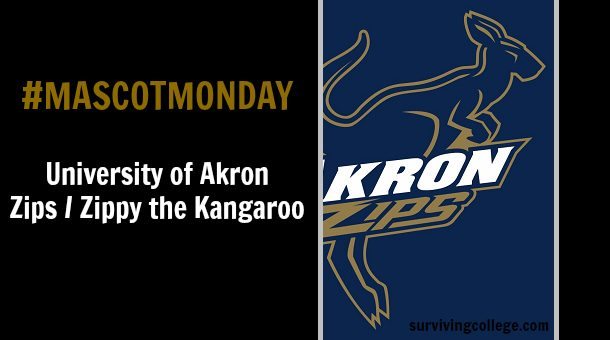 This week on Mascot Monday: The University of Akron Zips (Or Zippy, the Kangaroo)

So what exactly are the University of Akron Zips? Well, they’re kangaroos, sort of. The Zips, short for Zippers, became the official Akron team name in 1925 – the shorter nickname was made official in 1950 – and they decided on their friendly marsupial representative in 1953. We’re not really sure how a kangaroo represents a team called the Zippers, but they made it work. Regardless, Zippy the Kangaroo was born. We have to admit, we’re happy with their mascot decision, given what the other options were. According to the school’s athletics page, other suggestions included, “Golden Blue Devils, Tip Toppers, Rubbernecks, Hillbillies, and Cheveliers,” (and ironically, the Kangaroos. Hmm…) Could you imagine a team named the Tip Toppers? Come on now. 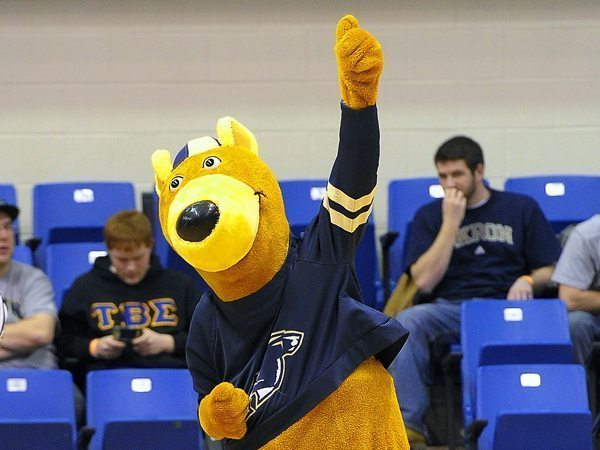 Zippy the Kangaroo isn’t particularly odd or badass in any way, and “cute” doesn’t exactly come to mind either – in person, Zippy looks a little like a derp-y Winnie the Pooh. But you know what? That’s fabulous and we love it! At least it’s more creative than a lot of the mascots we see. You keep on smiling and doing your thing, Zippy. While the University of Akron’s strangely intriguing mascot may not be the most fierce-sounding team symbol (would you really feel worried on your way to play a team called the Zips represented by a giant kangaroo? Not so much) we have to admit, kangaroos have a very understated athletic ability. They can bounce like none-other – indicative of basketball skills, maybe? Oh and let’s not forget about the fact that kangaroos are totally awesome and carry their kids around in a built in pouch. Come to think of it, that does make them kind of badass. 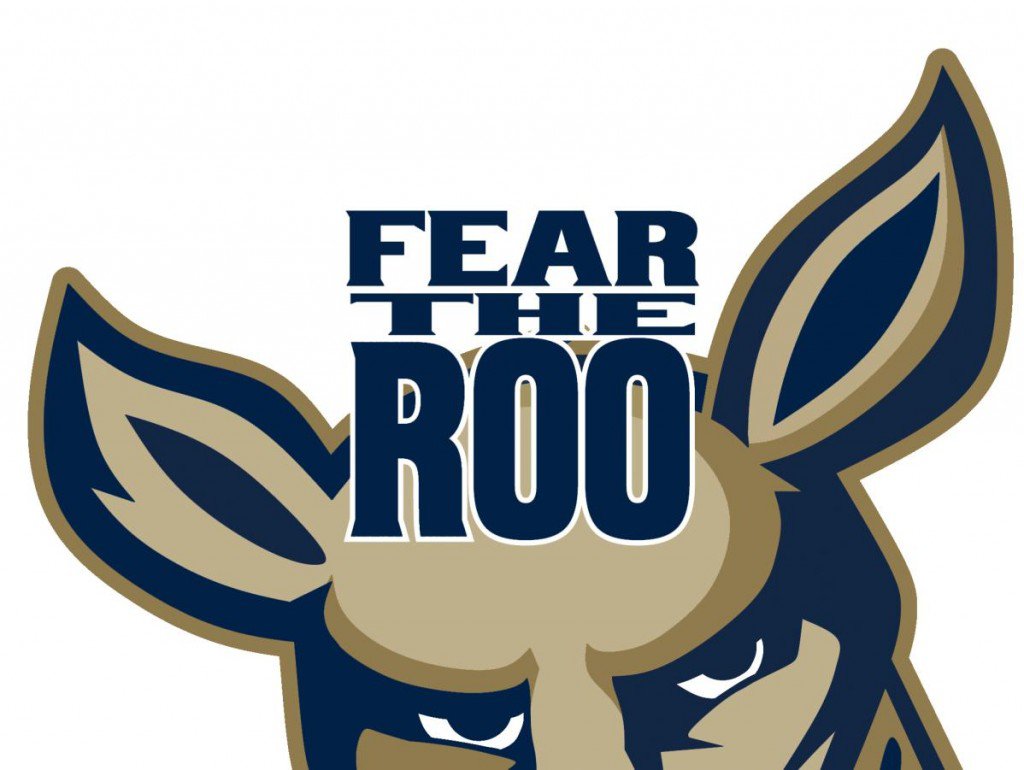 Well, when you put it that way…

What do you think of the University of Akron Zips/Zippy the Kangaroo?