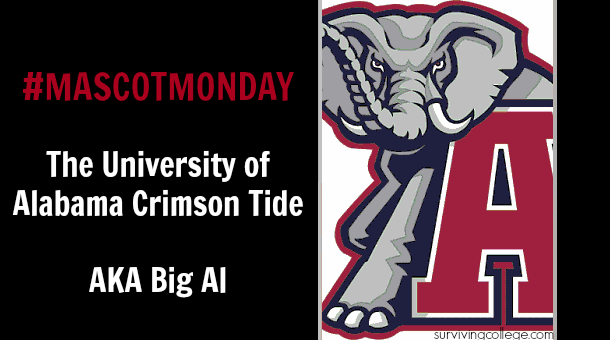 This week on Mascot Monday: The University of Alabama Crimson Tide

Off the top of your head, name some of popular culture’s most famous elephants?  Most of you would have guessed Dumbo, Shep from the George of the Jungle series, or Manny from the Ice Age movies–even though Manny is technically a wooly mammoth, but we’ll let that one slide.  Well, we have another to add to the list, Big Al, the Alabama Crimson Tide’s awesome mascot.  Similar to Bear Bryant’s famous houndstooth hat, Big Al has become an icon for Alabama athletics across the country.

According to the university’s Athletics Department site, the origin of the Alabama Crimson Tide dates back to the 1930’s.  On October 8th, local sports writer Everett Strupper of the Atlanta Journal wrote a story that covered Alabama’s game with SEC-rival Ole Miss.  In the article, Strupper wrote that an anonymous fan yelled out, “Hold your horses, the elephants are coming,” upon hearing the rumble of the first team charging onto the field.

Alabama’s Wikipedia page tells us that the first rendition of an elephant costume made its way onto campus in the early 1960’s.  However, the costumed Big Al mascot that we all know and love didn’t debut until the 1979 Sugar Bowl, and has been roaming the Crimson Tide sidelines at Bryant Denny ever since. 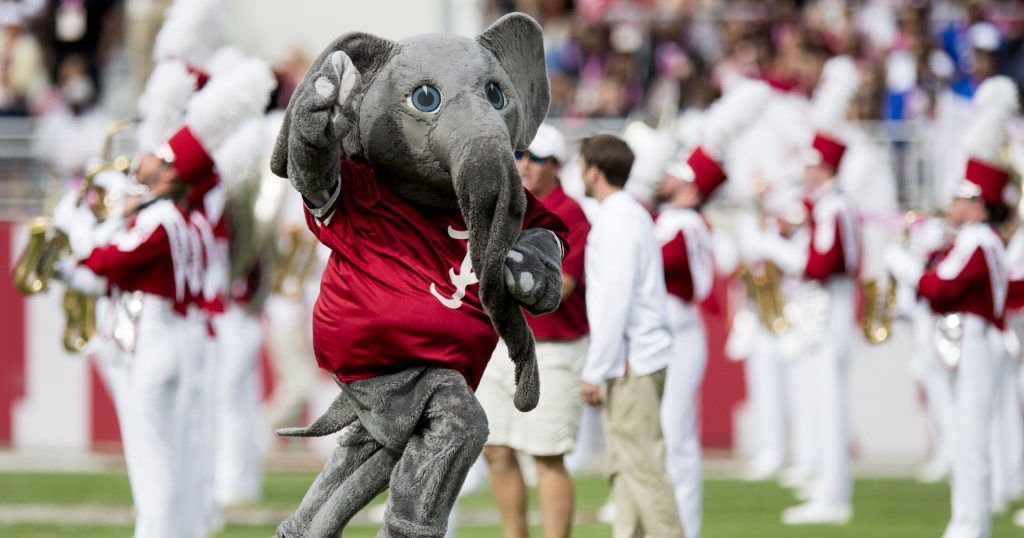 Looking at the Big Al logo, you begin to feel overwhelmed with fear.  The eyes speak volumes to the strength, ferocity, and power of this incredible college mascot.  The detail and definition bring the logo to life, ready to take down any opponent who stands in his way.  While the Alabama logo may embody strength and intimidation, the Big Al costume is simple, yet fun, the perfect balance for an exceptional college mascot.  We feel as though it goes without saying, but Big Al’s trunk is best feature of the mascot, no doubt about it.  The trunk has proved its versatility, it can be used to rile up a hostile Bama crowd or take care of a rival mascot.  Let us not forget the signature script “A” on Big Al’s shirt.  Similar to Bama’s iconic football jerseys, the “A” is timeless.  Roll Tide!

What do you think of the Alabama Crimson Tide?