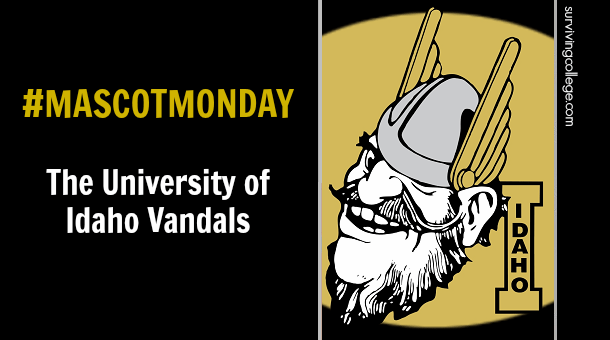 This week on Mascot Monday: The University of Idaho Vandals 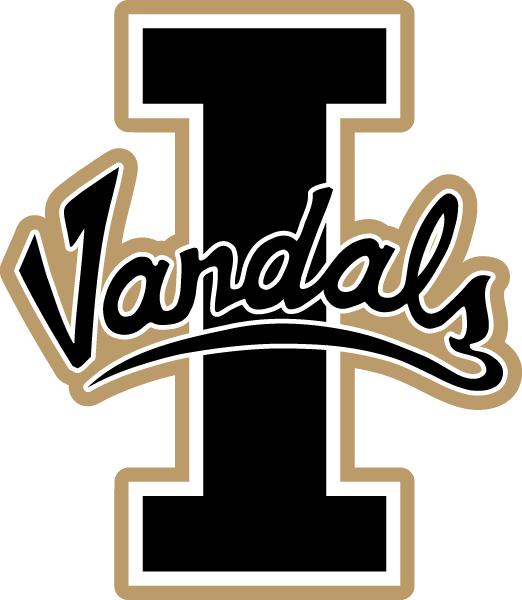 I think it’s safe to say that this week’s mascot feature is without a doubt one of our most badass mascots thus far.  Vandals are known for sacking cities and destroying anything and everything in their path.  How much more badass can you get?  The only downside is that not too many people know about the Idaho Vandals.  Let’s be honest, it’s a small school with a small athletic department from a state not everyone has been to, and for some, have no idea where it is.  However, in no way, shape, or form, does that mean the Idaho Vandal isn’t one of our best mascots.  The Vandal may in fact come from a small school and a small market, but it is an awesome mascot with a rich history.

Now, if you’re breaking out your dictionary to find Idaho’s definition of a Vandal, don’t bother.  No dictionary could convey Joe Vandal’s awesomeness.  According to the university’s athletics site, the history of the Idaho Vandals dates back to nearly a century ago when sports writers who covered Idaho athletics said the basketball team played defense with such intensity and ferocity they often “vandalized” their opponents.  In 1917, Harry Lloyd McCarty–a writer for the student newspaper, the Argonaut–gave the team a new identity in a pregame write-up: “for the present gang of ‘Vandals’ have the best material that has ever carried the ‘I’ into action”.  From that point on, the name stuck and the Vandals were born.  By 1921, Idaho officially adopted the ‘Vandals’ as the university’s mascot behind the efforts of McCarty and dean Edward Maslin Hulme. While some may be unfamiliar with the University of Idaho, a fair amount are familiar with the iconic Vandals logo–golden ‘I’ set behind script ‘Vandals’ in black font.  What some sports fans don’t know is that there is an even more awesome logo.  This one features a golden ‘I’ with ‘Idaho’ written on top set next to the head of a vandal wearing an awesome winged helmet.  Normally, I don’t approve of neck beards, but this one is impossible to not love.  Besides, I’d be afraid what Joe Vandal would do if I said I didn’t like his beard.  Both logos nailed it with the color scheme, incorporating the gold in all the right places.

As for the mascot costume, I couldn’t find anything I didn’t like about it.  Even if there was, I wouldn’t say it out loud, just so Joe doesn’t hear.  He is a vandal after all.  I feel as though the helmet really gives Joe an identity and definitely makes him extremely badass.  However, I think we can all agree the best part of the mascot costume is Joe’s beard.  I mean, what kind of a vandal would Joe be if he didn’t have a beard?  From someone who has always had difficulty growing an awesome, bushy beard, I’m extremely envious of Joe’s beard.

What do you think of the University of Idaho Vandals?