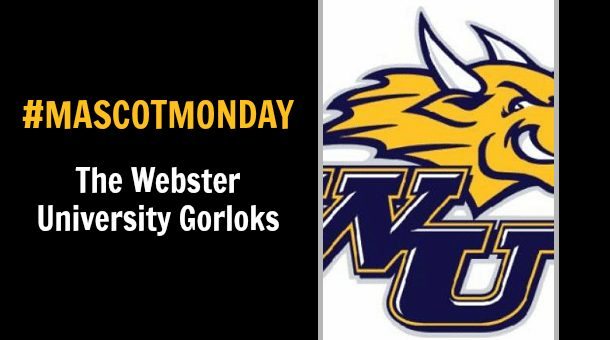 This week on Mascot Monday: The Webster University Gorloks 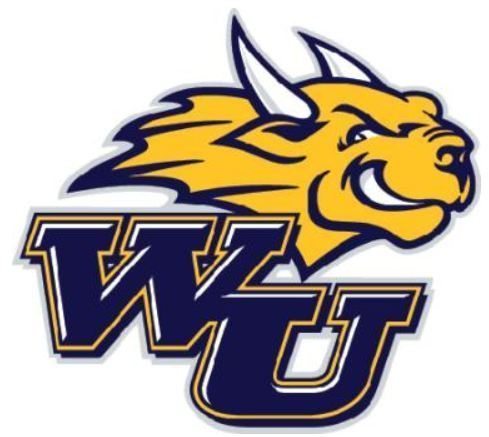 You may be sitting there thinking, “WTF is a Gorlok?” and rightfully so – we don’t blame you. But, we’re just going to come right out and say it: the Webster University Gorlok is probably our favorite Mascot Monday feature so far. Why? Because it’s badass and creative. And, it actually has an interesting history! This is one mascot that we’re really excited about and not totally confused by. So what’s the story behind the Gorlok?

The school’s website has this to say about the name:

“The name was derived from the combination of the two streets that intersect in the heart of Old Webster, Gore and Lockwood Avenues. The name was chosen in June of 1984 by a campus committee.”

And the design of this made-up creature?

“It is a mythical creature designed by Webster students and staff through a contest. It is reported to have the paws of a cheetah, horns of a buffalo, and face of a Saint Bernard.  The Gorlok ’embodies the highest standards of speed, agility, and stamina in an atmosphere of fairness and good conduct.’ (Tom Hart, Director of Athletics)” 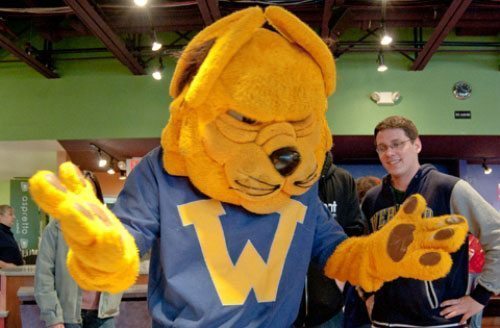 We’re not really seeing much of the Saint Bernard in the logo, but what a powerful combination! A cheetah, a Saint Bernard, and a buffalo? And just look at the Gorlok mascot costume. It’s original, fierce and ready to compete – everything a great college mascot should be. We approve, Webster University. Good work.

What do you think of the Webster University Gorloks?