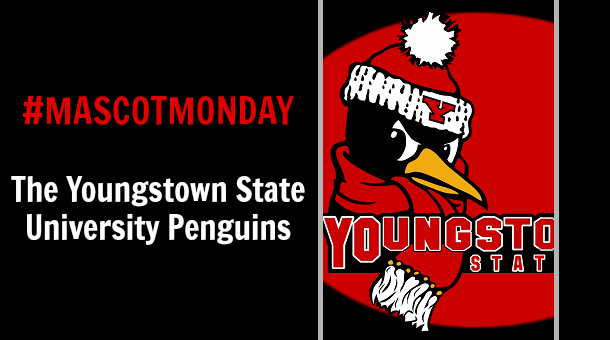 This week on Mascot Monday: The Youngstown State Penguins 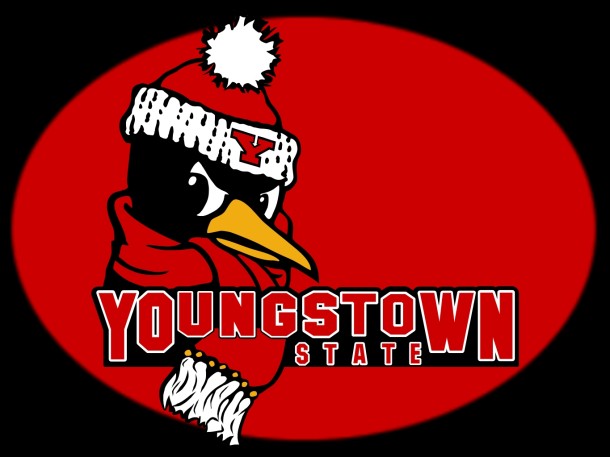 Can we please just take a moment to appreciate this week’s mascot? The Youngstown State Penguin might just be our most unique mascot to date.  Now, a penguin may not be the most intimidating of creatures, but that doesn’t take away from the fact that it’s totally awesome.  Jealous your school’s mascot is some lame bulldog or bear, when it could be a penguin?  Yeah, you should be.

Now, we know what you must be thinking: how exactly did this cuddly animal come to be a cold-blooded killer?  Okay, maybe not a killer, but a badass mascot to say the least.  According to the school’s Wikipedia page, there are two separate stories of how the Youngstown State Penguins came to be, both of which come from a chilly night in 1933 when the men’s basketball team took on West Liberty State.  The first story is that a spectator at the game said the team stomped the floor and swung their arms like Penguins.

The second story is that Youngstown State fans were tossing around possible nicknames on the way to the game.  “Penguins” was brought up and was well received by fans and players alike.  Shortly thereafter, students fell in love with the new nickname and it was formally introduced later that year.

Before we get to the mascot itself, I want those of you who think of penguins as cuddly to just forget it, because this mascot is anything but.  Just look at those eyes!  They say it all.  The Youngstown State Penguin doesn’t need sharp teeth or long claws to intimidate its opponents, all it needs are the eyes.  And how awesome are their mascot costumes?  Pete and Penny Penguin are definitely this year’s cutest couple.  Eat your heart our Kimye!  You can’t help but look at these costumes and smile.  They’re both fun and full of school spirit, the perfect combination for a great college mascot.  Also, we just love how Pete always has a look on his face that says, “Don’t even think about talking to my girl!” 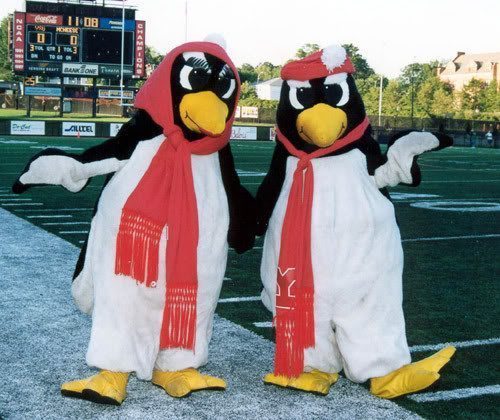 What do you think of the Youngstown State Penguins?