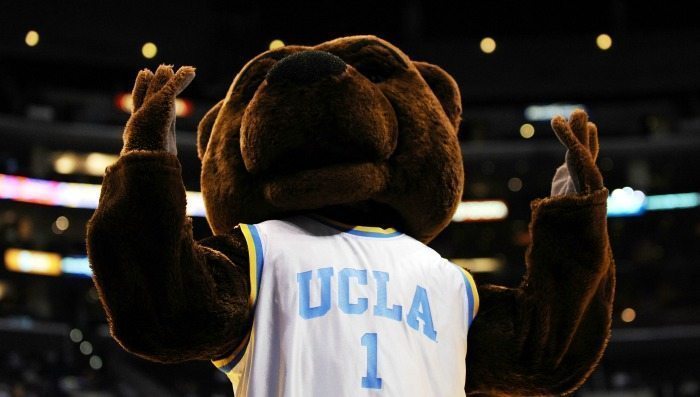 This week on Mascot Monday: the UCLA Bruins.

As a college sports fan, I feel it’s important to have some knowledge of college sports history.  And if there’s one thing I’ve learned through the years, it’s that UCLA is sheer royalty in the world of college athletics.  The Bruins have won a total of 110 NCAA team championships and 132 total team championships.  If that doesn’t qualify UCLA as an elite program then I don’t know what does.  Although we can’t help but recognize the Bruins’ outstanding history, it’s their mascot (Joe Bruin) that has us raving about UCLA.

According to the Joe Bruin’s Wikipedia page, UCLA’s original mascot was a bear cub.  That all changed in 1924 when the student body decided to go with a slightly more intimidating name when they changed their mascot to a grizzly bear.  Two years later the name was changed to the “Bruins”.  For a while, the university used actually grizzly bears until they made the switch to costumed mascots in the mid-1960s.  Although fans referred to the bears by a long list of names, “Joe Bruin” was the only one that stuck and remains the mascot’s name to this day. 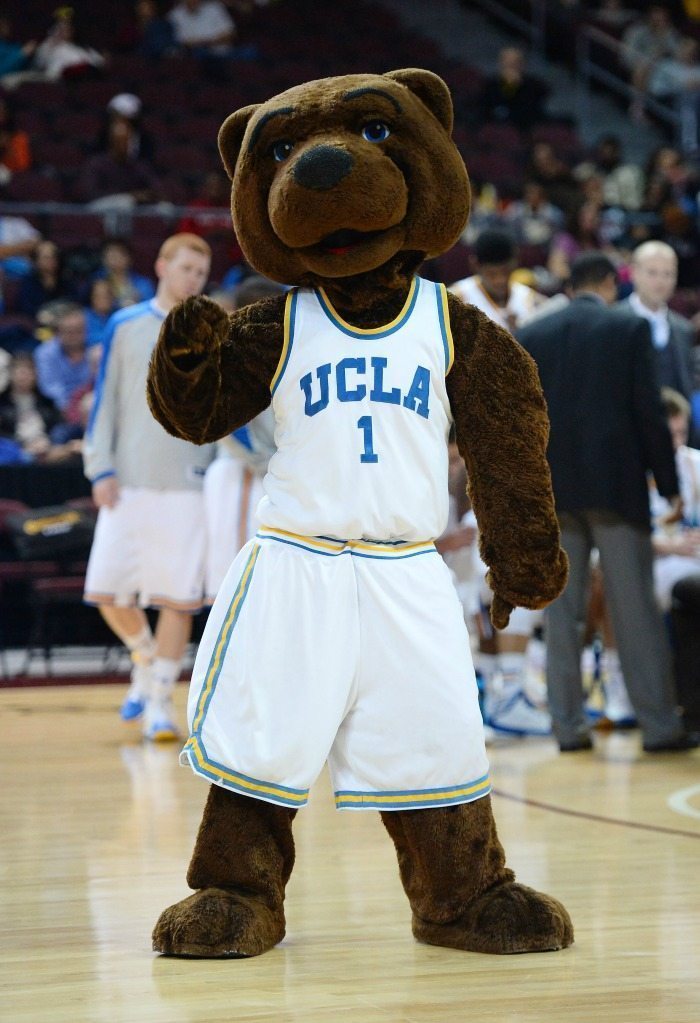 Whenever people talk about UCLA there are two logos that always come to mind.  The first one being their iconic script “UCLA” logo in UCLA blue and gold.  This one has a very classic look to it, very fitting for the Bruins’ program if you ask me.  The second logo features a grizzly bear behind “UCLA Bruins” in blocked font.  We love how this one incorporates the actual mascot into the logo, unlike the first one.  Not to say the script “UCLA” logo isn’t incredibly badass; it most definitely is.  But if we’re going to be honest, both of these logos are perfect representations of UCLA’s elite athletics program.

As they say, behind every great man is a great woman.  And I can’t think of a better couple that embodies that saying than UCLA’s mascots, Joe and Josephine.  These two love bugs can often be found rockin’ their best UCLA gear at nearly every Bruin sporting event.  They’re both full of school spirit and the best ambassadors UCLA could ever ask for.  They bring a certain level of pride to the Bruin community that is unparalleled.  UCLA fans should consider themselves lucky to have such awesome mascots.

What do you think of the UCLA Bruins?