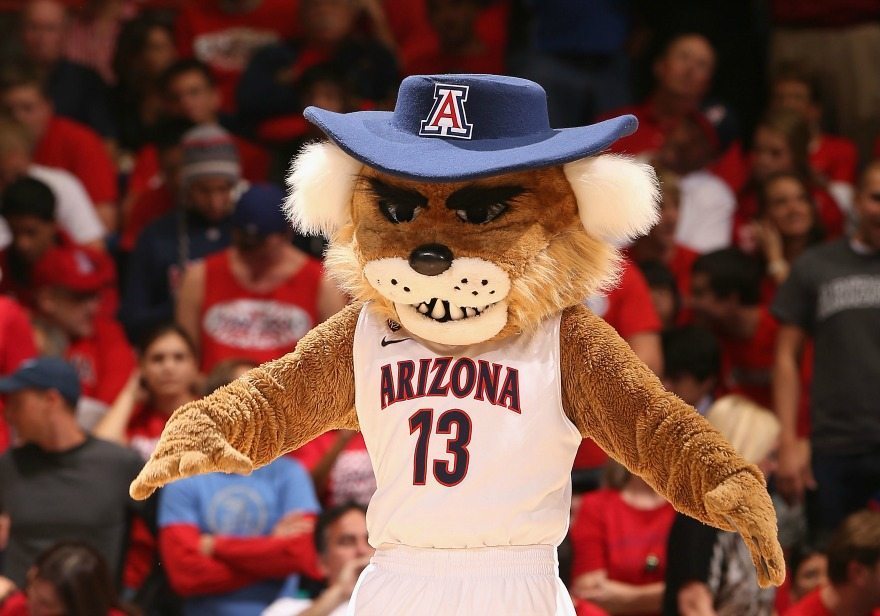 This week on Mascot Monday: the University of Arizona Wildcats.

During the late 1990s and early 2000s, the University of Arizona dominated men’s college basketball under legendary coach, Lute Olson.  In his 25 seasons with the Wildcats, Olson led Arizona to four Pac-10 championships, five trips to the Final Four, and one National Championship in 1997.  Although Arizona has traditionally excelled at athletics, I like to think their true testament of success lies within their mascot.

According to the university’s Wikipedia page, the history of the Wildcats name dates all the way back to 1914.  The nickname was given to U of A after the L.A. Times asserted that Arizona “showed the fight of wildcats” following a football game with then California champions, Occidental College.  When you really think about, nothing better represents the tenacity and fearlessness of Arizona athletics.  On a side note, Arizona’s first mascot was a real desert bobcat named “Rufus Arizona”.  I can’t even begin to describe how awesome and absolutely terrifying that is. 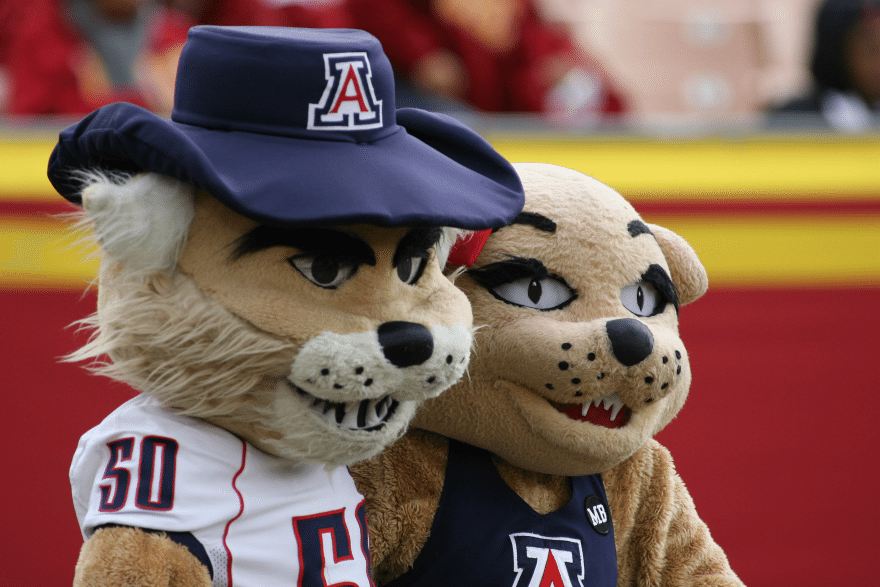 As for Arizona’s logo, you would be hard-pressed to find a more iconic logo in the entire country.  The Wildcats’ signature “A” may be simple in design, but as we’ve learned time and time again, simple is often times better.  Too often do universities rely on some extravagant logo.  Don’t get me wrong, I do sometimes appreciate a more elaborate design, but that’s not always the case.

The university’s famous mascots, Wilbur and Wilma, are a match made in mascot heaven.  We’ve featured a number of mascot couples in the past, but very few even compare to Arizona’s Wilbur and Wilma.  And if you have any thoughts about trying to hit on Wilma, think again buddy.  One look at Wilbur’s teeth, and those feelings will vanish in an instant.  Easily one of Arizona’s “it” couples, Wilbur and Wilma officially tied the knot in 1986 and have been happy ever since.  I did learn about one unique tradition at Arizona.  While the mascots’ identities are kept secret for the year, Wilbur and Wilma often expose their identity during halftime of the last home basketball game of the season.

What do you think of the University of Arizona Wildcats?