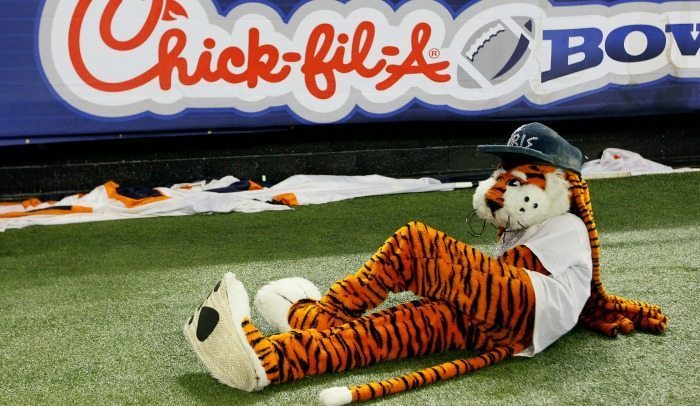 This week on Mascot Monday: the University of Auburn Tigers. 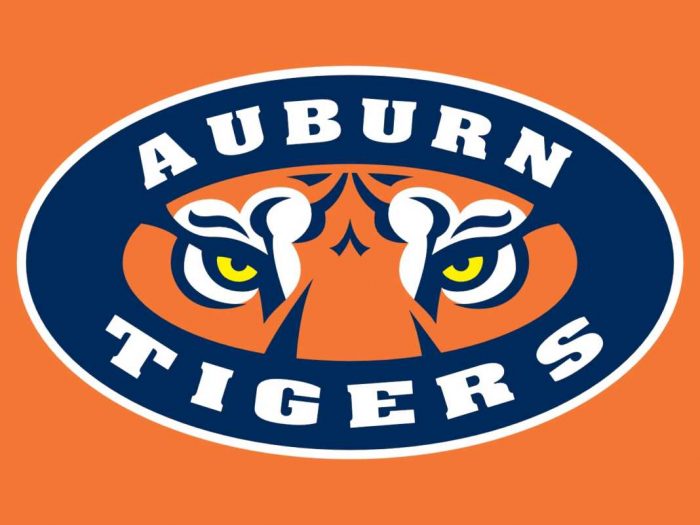 After the year the Auburn Tigers’ football team had this year, I think it’s only right that we feature them this week on Mascot Monday–they’ve earned it.  The Tigers have both one of the most competitive athletics program in the country as well as arguably one of the most recognizable mascots in college athletics.  It’s no secret how popular Aubie the Tiger has become in recent years.  A tiger may not be the most unique mascot in the world but don’t let that detract from how awesome Aubie truly is.

According to Aubie’s Wikipedia page, Aubie made his first appearance in 1959 as a cartoon character on the Auburn/Hardin-Simmons football program.  It wasn’t until 20 years later that Aubie came to life at the SEC basketball tournament in 1979.  The Tiger costume cost $1,350 and was created by Brooks-Van Horn Costumes in New York City.  Since then, Aubie has become the face of Auburn athletics and can always be found roaming the sidelines at every Auburn sporting event. 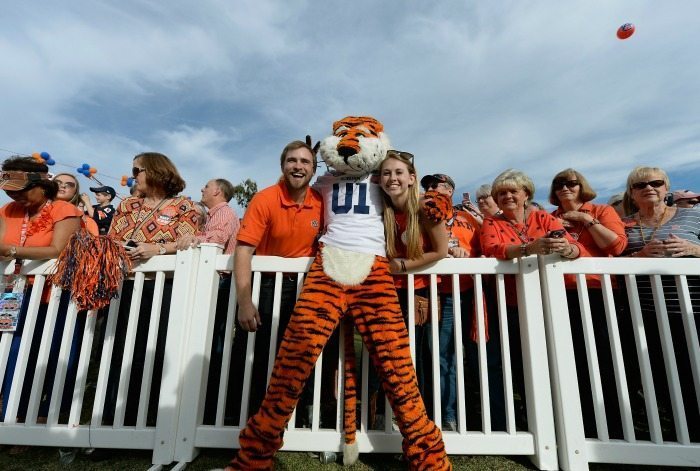 Despite the fact that Auburn’s logo isn’t a representation of their mascot, it’s easily one of the best in the country.  What Auburn’s iconic “AU” logo lacks in complexity, it make up in class.  While the logo is incredible by itself, I believe the color scheme of orange and blue take the logo to a whole new level.  We love Auburn’s logo for its simplicity, originality and most of all, it’s class.

If you thought the logo was awesome, just check out the mascot.  And no, we’re not talking about the eagle that flies at Auburn football games (who is often mistaken as the university’s mascot).  Well known for his animated characteristics and school spirit, Aubie is the pride and joy of Auburn.  I’m not going to lie but Aubie may be one of the coolest mascots we’ve featured on Mascot Monday to date.  I mean have you ever seen a tiger riding a moped?  Me either.  Aubie always brings a sense of humor, pride and fun to every every event he attends.  Not to mention, Aubie has won a record seven mascot national championships (with his most recent coming in 2012), more than any other college mascot in the nation.  If that doesn’t impress you, I don’t know what will.

What do you think of the Auburn Tigers?