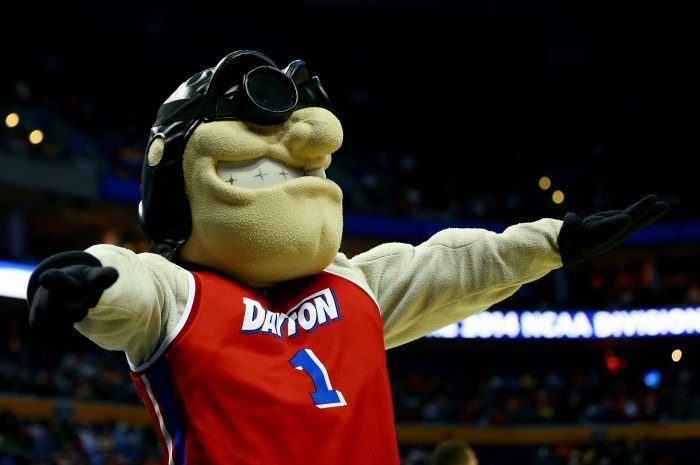 This week on Mascot Monday: the University of Dayton Flyers.

In honor of Dayton’s inspiring run through the NCAA Tournament, we thought it was only right that we feature the Flyers this week.  When you beat both Ohio State and Syracuse in three days I think you deserve a little recognition.  Unfortunately, we feel as though Dayton has one of the most underrated college mascots in the entire country.  But hopefully that will soon change and you’ll realize just how awesome the Flyers’ mascot truly is.

According to the university’s Wikipedia page, the Flyers’ nickname is intended to pay tribute to Orville and Wilbur Wright, the Dayton natives who are famous for inventing the world’s first successful airplane.  There’s no way that Dayton could have picked a better nickname even if they tried.  And in case you didn’t already know, we absolutely love schools that tie history into the name and story behind their athletics program.  It not only provides insight and knowledge of the university’s history but of the community as well. 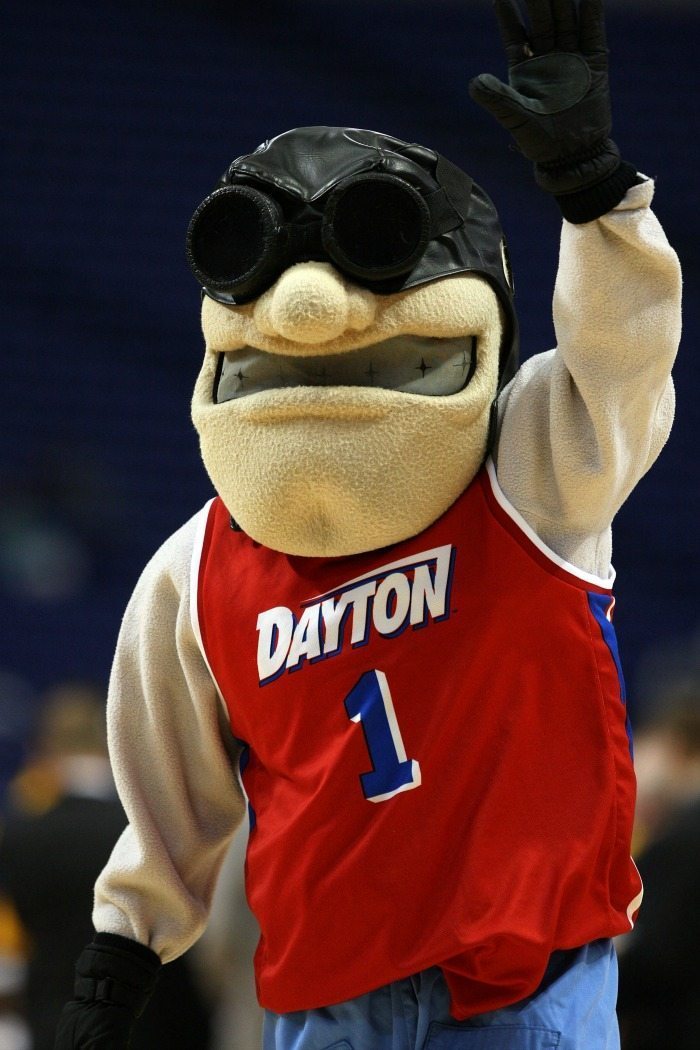 The University of Dayton embodies simplicity, and there is no better representation of that simplicity than the Flyers’ logo.  The university’s logo is simple but has a very classic look to it.  The slight touch of blue adds a certain level of depth and I love the design on the “N” and “R”.  Not to mention the angle of the logo plays into the concept of the Flyers mascot and the history of Dayton and the Wright brothers.

The Flyers’ mascot is “Rudy Flyer”, a pun on the university’s initials, “U.D.”  Rudy is none other than a pilot sporting some 1930s-1940s-era gear including goggles and a leather pilot’s helmet.  Often times you can see him rockin’ a blue jumpsuit with a pair of sweet pilot gloves and boots.  And every now and then Rudy will break out a leather pilot’s jacket.  Honestly, what’s there not to love about Rudy?  He’s rugged, tough–a true man’s man–and the perfect mascot for the University of Dayton.  Rudy may even be one of my favorite mascots we’ve featured in a long, long time.

What do you think of the Dayton Flyers?