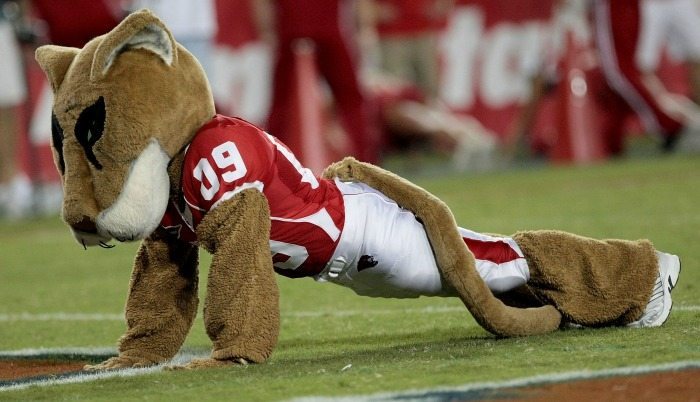 This week on Mascot Monday: the University of Houston Cougars.

I’ve been dying to feature this mascot for a long, long time.  The University of Houston may not be one of the nation’s premiere athletics’ programs, but it most certainly deserves the recognition for having one of the coolest mascots in college sports.  I think the cougar is an excellent choice to represent the university because it demonstrates strength, speed and agility.  When you really think about it, any school would be lucky to have the cougar as their mascot.

What’s great about Houston’s mascot is that there is both a live and costumed cougar, both named Shasta.  According to Shasta’s Wikipedia page, the origin of the mascot dates back to 1927 when John Bender came to Houston after leaving Washington State.  Bender decided his teams at Houston would be referred to as The Cougars simply because he just really liked the animal.  The name quickly grew in popularity on campus as both the school newspaper and student organizations used the new nickname, and it became official in 1946.  A year later, the Alpha Phi Omega fraternity raised enough funds to purchase a live cougar and so they held a contest to name the new mascot.  After over 225 votes were casted, “Shasta” emerged as the winner. 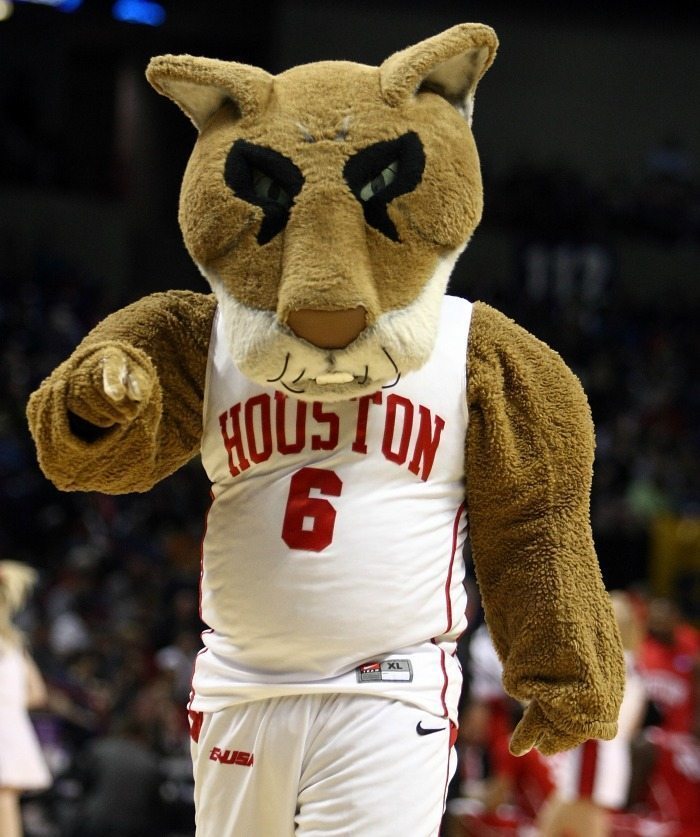 Houston’s logo is as classy as they come.  Nothing too crazy about it; the logo features the university’s initials in a really cool font.  Houston further proves that you don’t need a flashy logo in order to be on point. Although, I do want to point out the fact that the Cougars do have another logo that’s pretty awesome — it shows a very modern-style cougar using both red and blue. Check it out here. 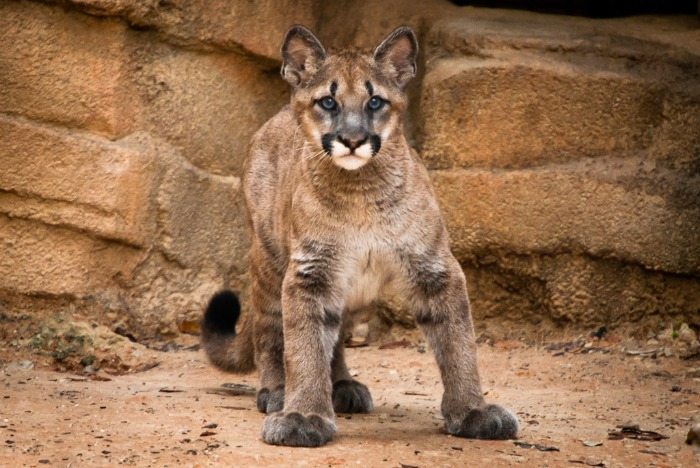 The costumed version of Shasta is incredibly cool.  You can always find him sporting some of his best Houston apparel and interacting with fans at any of the Cougars’ athletic events.  While I love the costumed version of Houston’s mascot, there’s nothing cooler than the live version.  After the university decided not to purchase a new live cougar in 1989, Houston relied solely upon their costumed mascot to carry the work load until the current live version was brought back in 2012.  Cougars are one of the most badass animals ever, so to have it as your university’s mascot automatically make your school the coolest.  Besides, you all know how much we love live mascots.

What do you think of the Houston Cougars?