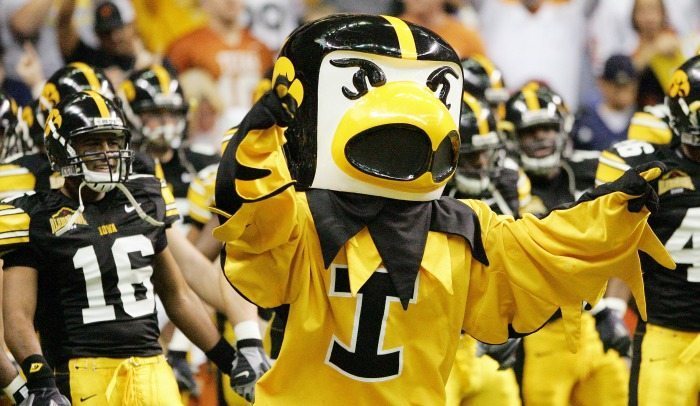 This week on Mascot Monday: the University of Iowa Hawkeyes. 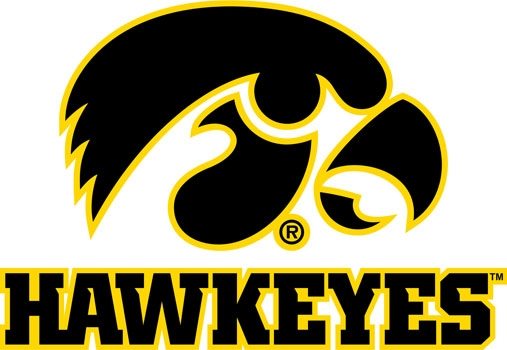 In my opinion, the University of Iowa’s mascot is one of the most underrated in college sports.  It may not have the same following as Chief Osceola and Renegade from Florida State or Aubie from the University of Auburn, but don’t let that fool you, Iowa’s mascot isn’t one to be messed with.  We love Iowa’s Herky the Hawk for his originality, school pride and passion.

According to Herky’s Wikipedia page, the university borrowed its famous nickname from none other than the state of Iowa–seeing as how it’s known as the Hawkeye state.  Then the question becomes, “How did the state get the nickname?”  That can be largely credited to James Edwards and Judge David Rorer.  Edwards proposed the nickname “Hawk-eyes” ion 1838 to honor Chief Black Hawk and his efforts during the Black Hawk War of 1832.  In 1843, Edwards moved his newspaper, the Fort Madison Patriot, to Burlington and renamed it the Burlington Hawkeye.  Thanks in part to the public consciousness of the nickname, Edwards and Rorer prevailed in their mission to cement the legacy of Chief Black Hawk forever. 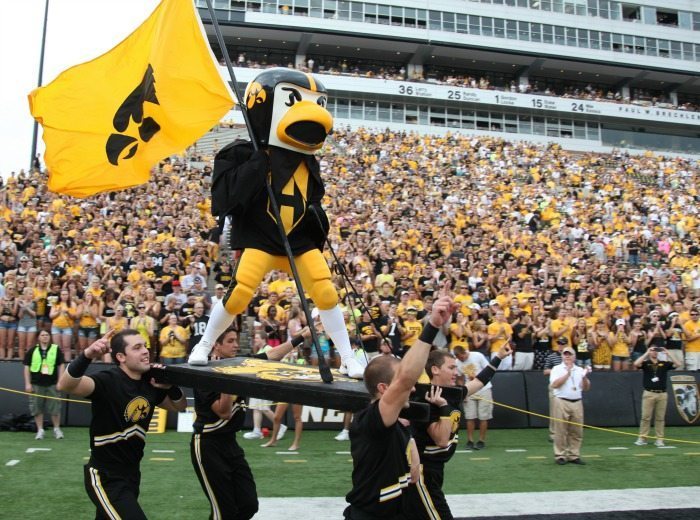 As far as logos go, I don’t think you can get much more simple than Iowa’s.  Now that’s not meant as a criticism–you couldn’t be further from the truth.  See, we don’t believe you need an extravagant logo for it to be awesome.  In fact, sometimes simplicity goes a long way.  And as we’ve said in the past, black and yellow is easily one of the most badass color combinations in sports.

And as for their mascot, Herky, what’s there not to love?  Needless to say, Herky is a pretty goofy looking mascot, but that’s why we love him.  One thing I never realized is there are two different styles of Herky costumes.  Obviously, the one worn for Iowa football games is wearing a helmet, whereas, the version used at basketball games features slightly different facial features and no helmet.  But whether you’re at a football game or a basketball game, Herky is always there pumping up the crowd.  The University of Iowa should consider themselves very lucky to have such an outstanding college mascot.

What do you think of the University of Iowa Hawkeyes?