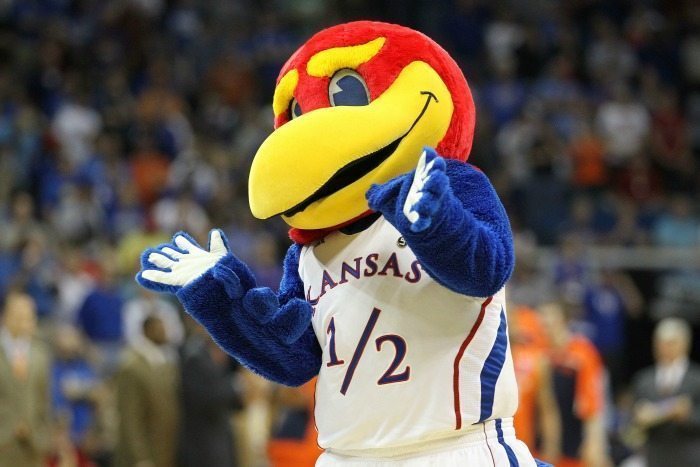 This week on Mascot Monday: the University of Kansas Jayhawks. 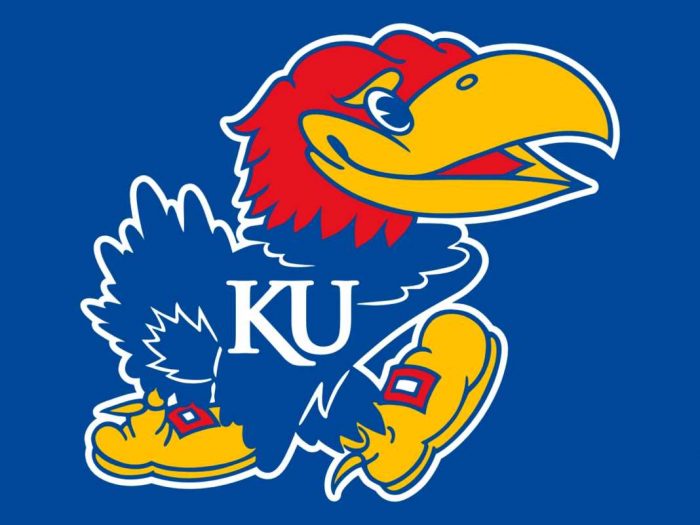 The Kansas Jayhawks have also been one of my favorite college mascots, so you know I’m super excited to finally feature them on Mascot Monday.  There’s no question that the University of Kansas has developed a successful athletics program but we can’t forget about their mascot.  The Jayhawks have one of the most recognizable logo in all of sports.  And while Kansas’ mascot may come off as a little strange at first, you can’t help but fall in love with it.

Now I know you must be wondering exactly how did Kansas come to be known as the Jayhawks.  The university’s mascot derives from the term “Jayhawker” and the state’s well-documented history with Missouri during the 1850s.  The term “Jayhawker” was used to describe militant bands from Kansas who associated themselves with the free-state cause who often clashed with pro-slavery groups from Missouri known as the “Border Ruffians”. 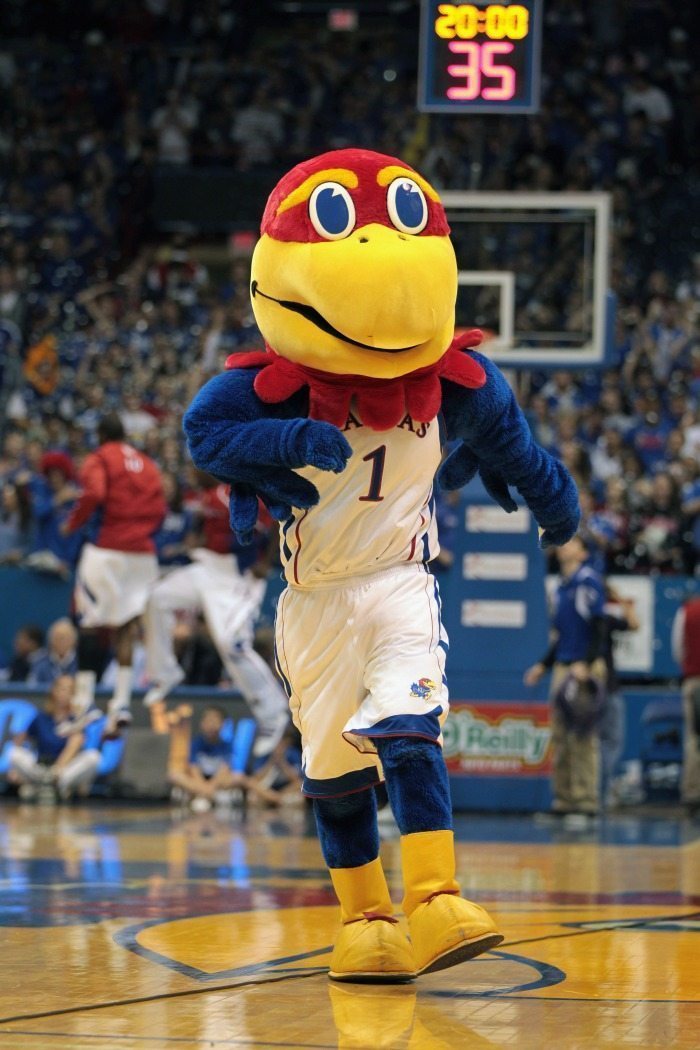 Over time, Kansans grew to embrace the name as a way to pay their respects to the state’s contributions to the end of slavery.  It wasn’t until the 1890s the student body first referred to the Kansas football team as the Jayhawkers.  Eventually, the name was replaced by its shorter variant and the rest is history.  And as for the bird, according to the university, the jayhawk is a mythical bird that is actually the love child of two birds, “the blue jay, a noisy, quarrelsome thing known to rob other nests, and the sparrow hawk, a stealthy hunter”.  The bird perfectly represents the Jayhawkers and pays tribute to Kansas’ rich history.

Over the years, Kansas’ logo has undergone a number of transformations since its first appearance way back in 1912.  But if you ask me, this may possibly be one of my all-time favorite logos in college basketball. I really like the blue and red combination and if there’s any question as to what school this logo represents the “KU” should answer that real quick.  And if you’re thinking of messing with the jayhawk, you may want to reconsider that.  Just check out those talons, not to mention the beak. 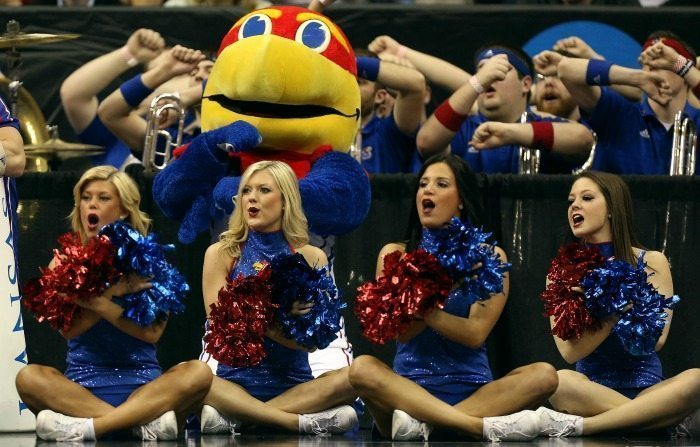 And if you thought the logo was awesome, just check out Kansas’ mascot.  Big Jay is the perfect reincarnation of the Jayhawks logo–minus the talons.  Whether its football or basketball, Big Jay is always in attendance to get Kansas fans pumped up.  Often time, Big Jay is accompanied by Baby Jay who first debuted in 1971 to help keep kids entertained.  The two have since become a fixture at KU sporting events and can always be found strolling the Jayhawk sidelines.