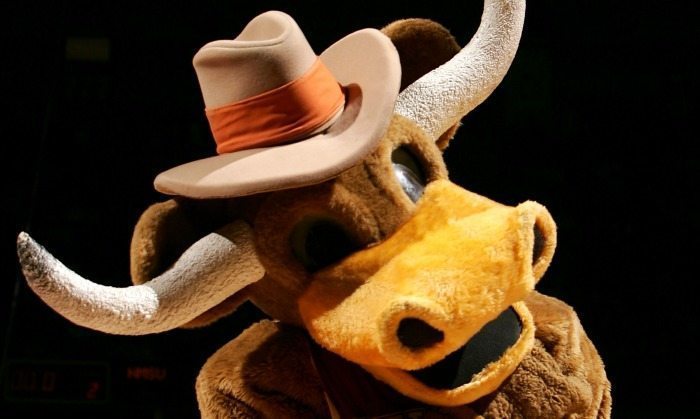 This week on Mascot Monday: the University of Texas Longhorns. 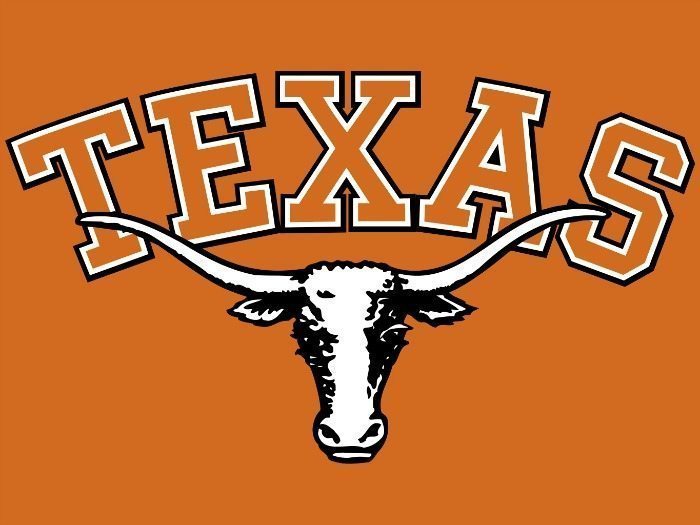 There’s no doubt that the University of Texas is one of the most recognizable brands in all of college sports.  Texas not only has top-notch academics and an elite athletics program but a totally awesome mascot as well. In fact, the Longhorns’ mascot is quite possibly the most iconic in college athletics.  It’s not hard to see why people across the country have fallen in love with Texas’ mascot, including us, and you’ll soon see why.

Although the university now has two mascots (Bevo and Hook ’em) that wasn’t always the case.  According to Bevo’s Wikipedia page, the university’s original mascot was a pit bulldog named “Pig”.  The idea to use a longhorn for the mascot came from UT alumnus Stephen Pinckney in 1916.  With the help of fellow alumni, Pinckney raised $124 to purchase a steer named “Bo” for Texas and the rest was history. 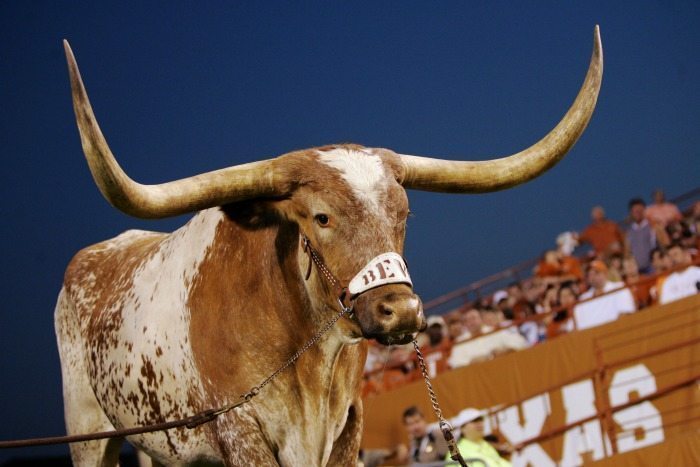 Following the 1916 Thanksgiving Day matchup between Texas and archival Texas A&M, Ben Dyer, editor of The Alcalde, referred to the mascot as Bevo for the first time.  While there is some confusion as to why he chose that name, both schools have agreed A&M played a significant role in Bevo’s naming when they branded him “13-0”, the score of the Aggies’ 1915 win over the Horns.  Texas students are rumored to have retaliated by changing the mascot’s brand to Bevo.

There’s no question that the University of Texas is full of tradition.  From their fight song “Texas Fight” and their iconic Hook ’em Horns hand signal, UT is steeped in tradition.  So it’s only right that their logo reflects the university’s history and tradition.  The Longhorns’ logo may be simple but it’s classy as hell and easily recognizable, and I’m convinced that burnt orange may be one of the coolest colors ever. 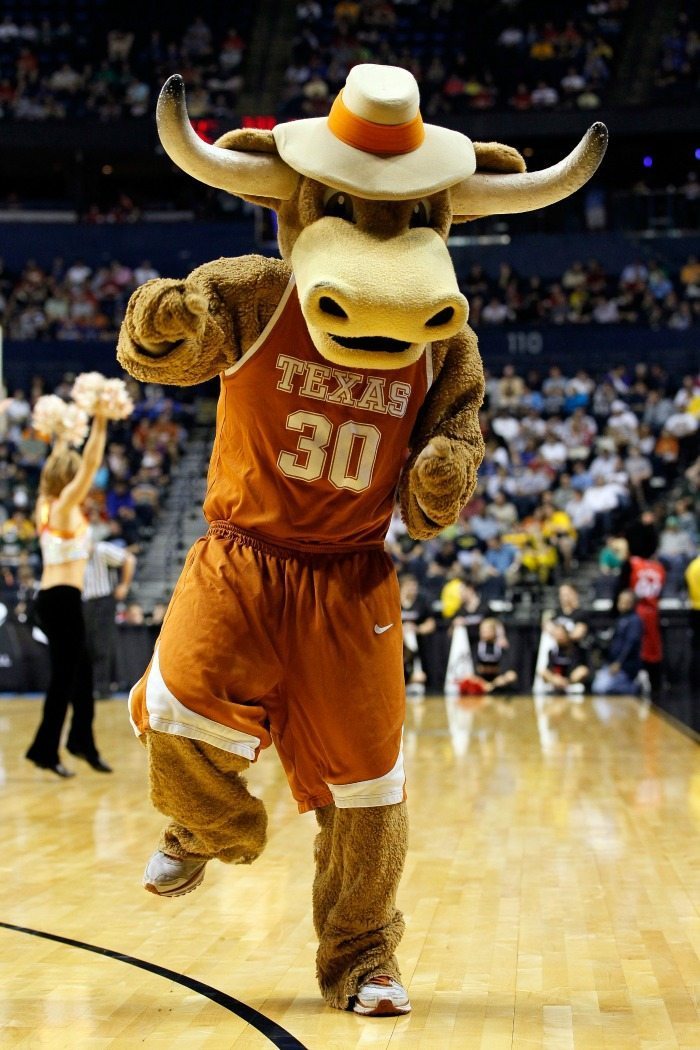 As I mentioned earlier, Texas has two mascots that represent the university at athletic and school functions.  You already know about Bevo, who might be one of the coolest mascots we’ve ever featured. We’re suckers for live mascots and you really can’t get much more badass than a Texas longhorn steer.  As for the other mascot, Hook ’em is a costumed longhorn mascot that sports a Texas football jersey and a totally awesome cowboy hat.  Hook ’em is a huge fan favorite and can always be found strolling the stands at Texas football games, interacting with Longhorn fans.  While Bevo is both intimidating and powerful, Hook ’em is fun and inviting.  But together, they make for one of our favorite college mascots.

What do you think of the Texas Longhorns?